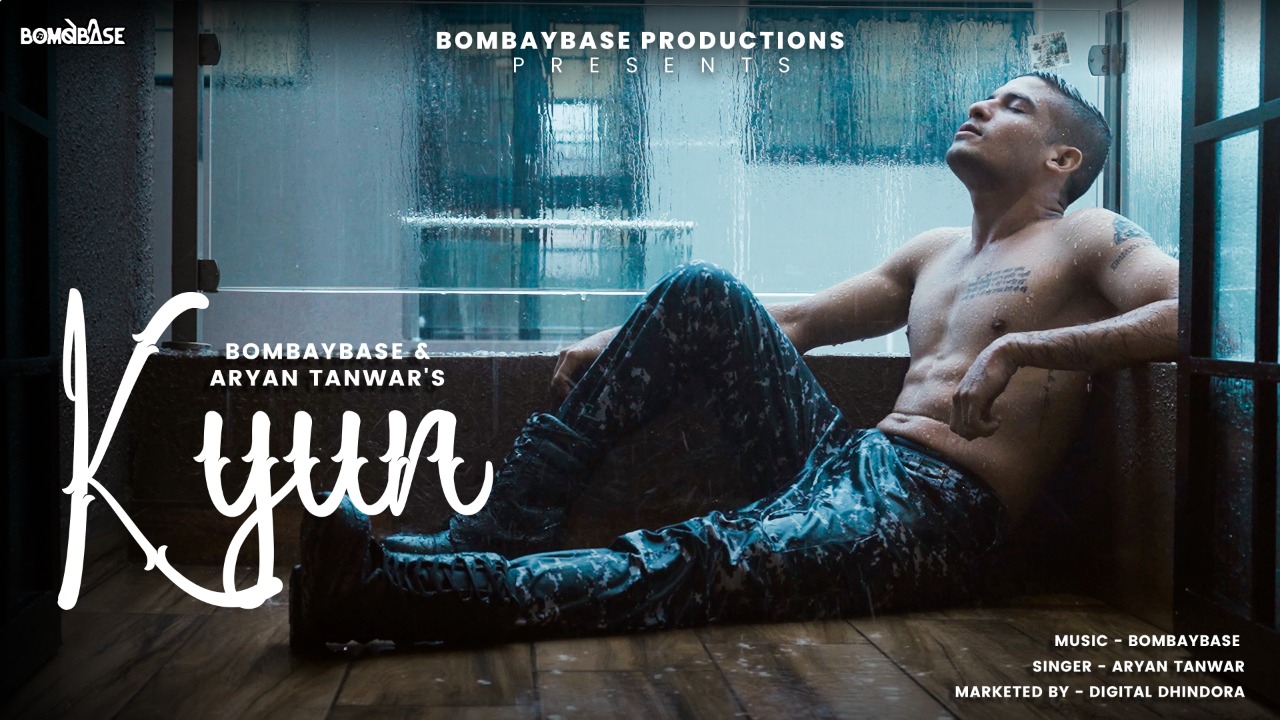 Bombay Base Productions and Records, an emerging Record Label & Video Production Company has released their latest single “KYUN” on 16th September 2022. KYUN is a romantic Hindi song, produced by Akshay Jadhav aka Bombay Base also the chairman & Managing Director of BombayBase Productions.

This song is beautifully sung, written & composed by Aryan Tanwar, who is said to be a self-made man in the Bollywood music industry, in the same vein as Bombay Base who is dazzlingly skilled in Music Production.

KYUN is a Hindi lament genre, which indeed intrigues the audiences, reminiscing love in the purest form. Aryan’s been seen questioning the bond, the love that rankles within him. This melodious beauty passes on a message to tote up all that makes one unhappy and to keep the love teeming all our lives.

On the other hand, Aryan Tanwar’s charming voice has got the audience’s heart weep. Commenting on the journey, Aryan quoted, “I wrote this song long ago and never thought of releasing or even recording it. I think, sometimes it’s just good to keep our songs upto us and listen whenever we just feel like but when I came across Bombay Base’s work, the kind of music and videos he produces, I just thought of giving it a shot and releasing it and Bombay Base really helped me to take this project to a whole new level”.

Speaking of Akshay Jadhav, also known as Bombay Base, he has released numerous singles and albums in a variety of genres. Bombay Base has already begun with his top-notch music production, ranging from Bollywood romantic songs to underground hip-hop to some Hollywood music, encouraging LGBTQA+ community and is now set to rise to the next level.  “I don’t have an ordinary set back when it comes to making music, I like to explore all genres in the music industry. Since my childhood, I have always fantasized about creating cinematic videos, music & directing music videos or films”, quotes Akshay. Bombay Base is said to have entered this industry with the goal of creating a blockbuster in the near future.

Airing of promotions, “KYUN” is set to hit the floors with screenings at lounges in Mumbai and Navi Mumbai featuring the cast and crew of “KYUN,” The music is produced by Akshay Jadhav aka Bombay Base, Sung, Written, Composed by Aryan Tanwar, Featuring Saachi Kharbe, Video Produced by Bombay Base Productions, Vocal Recording, Mixing & Mastering by J.S. Sounds, Project Managed by Pratish Koli & Peter Kay and innovatively Marketed by Digital Dhindora.

Give your all hearts to this new single “KYUN” on BombayBase Youtube Channel.
Link: https://bit.ly/BombayBase-YouTube