ZAPPING the brain with a weak electrical charge can help smokers who want to give up long term, a study shows.

The process boosts the likelihood of smokers quitting fags for good by 2.39 per cent, experts say.

They analysed studies involving 699 patients zapped with current from electrodes or a magnetic coil placed on the scalp.

TDCS sends a low-intensity electrical charge through the brain using electrodes placed on the patient’s scalp. 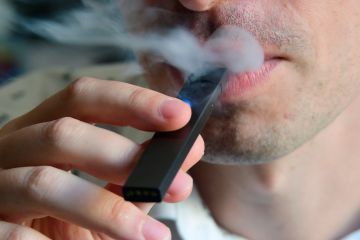 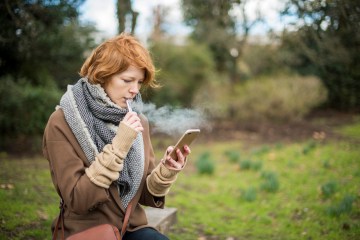 TMS on the other hand, uses a metallic coil placed against the patient’s scalp to generate magnetic pulses, creating brief electrical currents in the brain tissue.

The targeted area becomes increasingly active depending on the frequency of these pulses.

Dr Benjamin Petit, of the University Hospital of Dijon in France, said the results were convincing.

Lead author Dr Benjamin Petit said: “While our review appears modest, with only seven included studies, a low confidence level and a substantial inter-study variability, the results appear to be robust and we feel confident in suggesting that NIBS is a technique of interest for both short-term and sustained smoking cessation.

“In addition, we identified several scientific trials currently underway in this particular field.”

Non-invasive stimulation has gained popularity as a means of helping people kick booze and other drugs, experts say.

Smoking in the UK is at an all-time low, but around 15 per cent of the adult population – 5.7 million people, still light up on a regular basis.

Dr Petit said: “In the near future, NIBS might be recognised as a promising new option for assisting individuals who wish to stop smoking.”