Crystal Palace boss Vieira slammed Jesse Marsch’s side for trying to “stop Wilf by fouling him” during Monday’s 0-0 at Selhurst Park.

But Phillips hit back and said: “The ref complained at us for fouling him but he dives a lot to be honest.

“He is a good player, but we defended against him well as a team.”

The Whites are three points clear of 17th-placed Burnley. 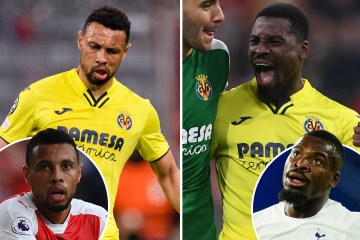 Marsch said: “Having Kalvin back can help us.

“Playing in the new system, he will understand his role, the movements and ideas more and more.

“He can be a big part of some of our solutions and build-up phase and get our attacking players into more dangerous spots.”

Next up for Leeds is a set of three incredibly tough fixtures as they look to secure their Premier League safety.

They host Manchester City at home on Saturday, before travelling to Arsenal on May 8.

Then three days later they return to Elland Road to host Chelsea.