YOUR iPhone has a little-known gesture that lets you quickly undo anything.

It’s not the controversial “shake to undo” feature – but the “secret tap” trick.

If you’ve ever typed something incorrectly (a few words or even an entire paragraph) then deleting can be annoying.

There are loads of ways to make mistakes on an iPhone, but thankfully there’s a clever gesture to quickly undo. 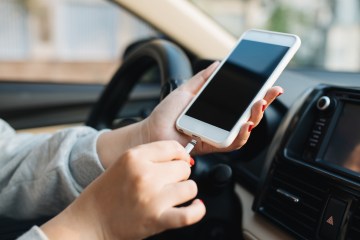 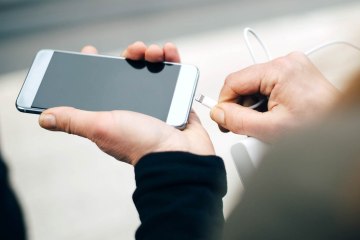 Doing the triple three-finger tap will instantly undo a mistake you’ve made.

So you don’t need to go back and highlight text to delete it slowly.

Better yet, this is an iPhone-level gesture – so it works in lots of apps.

For instance, you can quickly undo WhatsApp text mistakes using the triple-tap trick.

That’s not the only way to undo on iPhone, of course.

You can also shake the iPhone to undo something.

But it’s not necessarily the easiest, and is seen as annoying by some users.

Thankfully, it’s possible to turn off Shake to Undo on iPhone by going into Settings > Accessibility.

And then you can simply use the three-tap trick instead.

If you like hidden iPhone gestures, there’s something else you need to learn.

The Apple logo on the back of your iPhone is actually a secret button.

Go to your Settings.

Scroll down and tap “Accessibility” and then click “Touch”.

Then scroll down to “Back Tap”.

You’ll have the choice to turn on “Double Tap” or “Triple Tap”.

Now you can select an option like taking a screenshot or identifying a song using Shazam.

And double- or triple-tapping on the back of your iPhone will engage that feature.

Bear in mind that this feature might not work if you have a thick phone case.

You can switch the features Back Tap controls or turn it off anytime by using the same steps above.