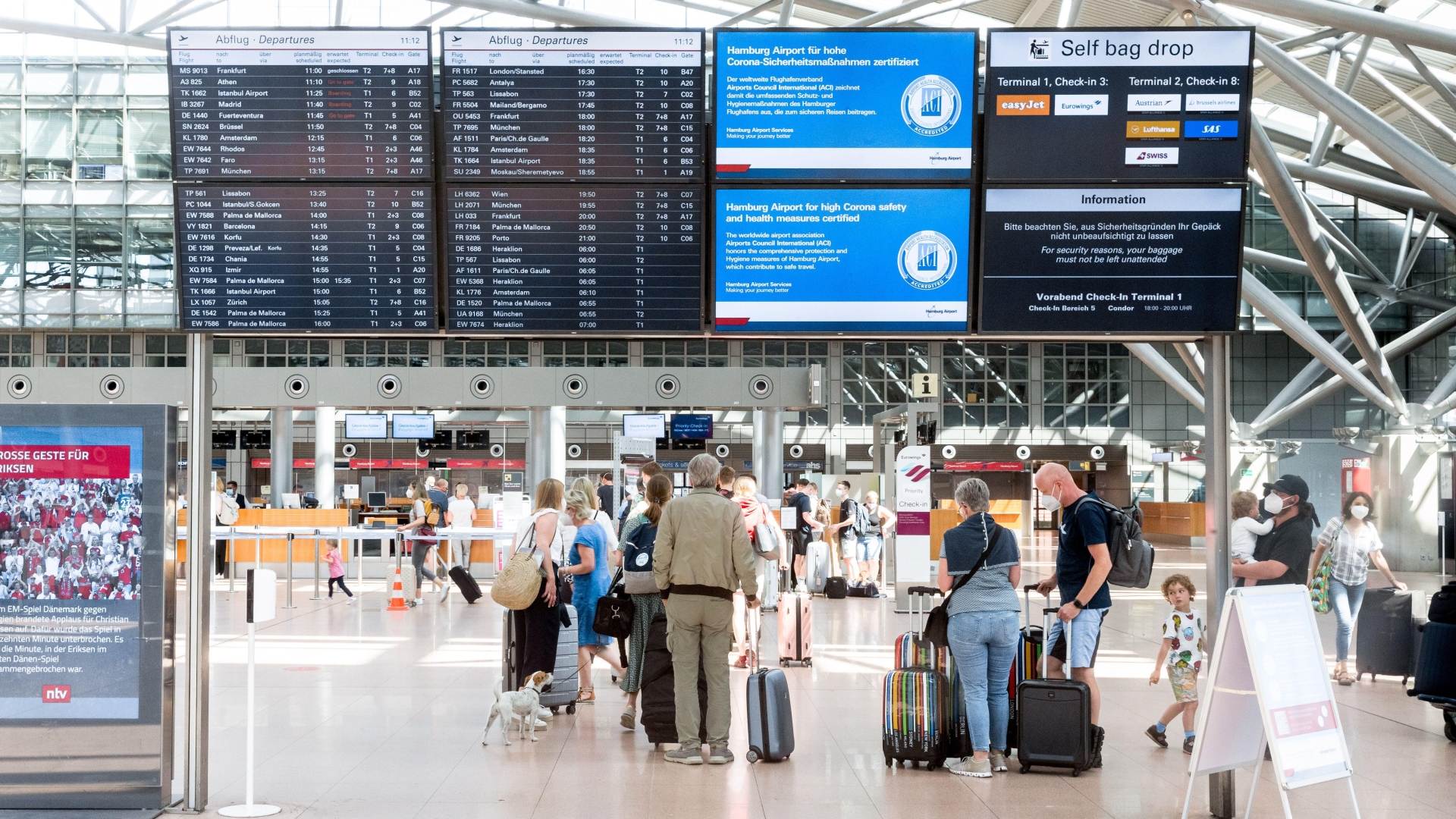 BRITS who have had their flight cancelled could get a refund instantly under new rules being called for by the government.

It follows the thousands of flights that have been cancelled in recent weeks, primarily by British Airways and easyJet.

MPs want the aviation watchdog to be given stronger powers to protect passengers hit by the kind of international travel disruption seen during the pandemic.

The call by the Transport Committee comes after almost two years of disarray for the travel sector during the coronavirus crisis, with quarantine restrictions, testing and locator forms part of efforts to tackle the virus.

In a report published on Monday, UK Aviation: Reform For Take-Off, the Commons committee recommended that the UK Civil Aviation Authority (CAA) should be given “more teeth” to enable the regulator to slap fines on airlines that do not completely refund customers when required to do so by law.

The 55-page document also calls for ministers to publish an aviation recovery plan by June “as a priority” and for an airline insolvency bill to be introduced in the next session of parliament to better protect consumers, employees and taxpayers.

This would also include automatic refunds for passengers who have their flight cancelled, with calls for a system to make airlines pay an “automatic compensation, eliminating the need for customers manually to apply for a refund”.

Airlines that don’t could then be subject to large fines.

The committee welcomed previous assertions by ministers that travel restrictions will only be applied in “extreme circumstances” in future, and said that the Government “must compensate the industry for the economic loss suffered” if measures impacting the sector are reimposed.

Responding to the MPs’ report, Paul Smith, consumer director at the CAA, said: “We have regularly asked for stronger consumer enforcement powers, including the ability to impose fines on airlines.

“This would allow us to take faster action when appropriate and bring our powers in line with other sectoral regulators.

“Proposals outlined in the government’s recent consultation on enforcement powers, which are supported by the Committee, will – if implemented – improve passenger rights and equip the Civil Aviation Authority with better tools to act swiftly and effectively for the benefit of consumers.”

Consumer group Which? said it also welcomed the call for stronger regulatory powers to protect passengers.

Director of policy and advocacy Rocio Concha said: “If the Government wants to future-proof the aviation sector it must prioritise restoring trust in travel with reforms that deliver for consumers.

“Consumer trust took a battering during the pandemic as some airlines ignored their obligations on refunds and passengers struggled with confusing restrictions and a dysfunctional travel testing system.”

British Airways and easyJet have been forced to cancel thousands of flights in recent weeks due to Covid causing staff shortages.

And Ryanair recently cancelled a number of flights due to cabin crew strikes in Belgium.

Here is how much you are owed if your flights are cancelled or delayed.