WHATSAPP is working three major updates to the app – including adding a new type of text.

Top-secret changes to the app have been leaked online, revealing new features coming to your phone soon.

These features aren’t actually live yet, but are currently in development.

But the WhatsApp sleuths at WABetaInfo have mined the “beta” test version of the app to discover new features not yet widely available to the public.

Here are three of the most exciting features that may be coming to your iPhone or Android. 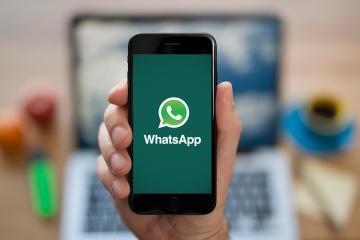 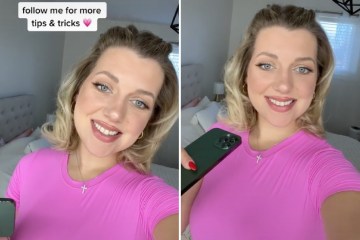 One of the more exciting updates is message reactions.

It’s a feature already available on fellow Meta-owned app Facebook, but is now in development for WhatsApp too.

And it could be a great way to make you text less – because you could simply “react” to messages rather than having to type out replies.

The feature-in-testing has six reactions: Like, Love, Laugh, Shocked, Teary Eye, and Pray (or high five…).

Now there’s a plus icon appearing, which could suggest that you can add different emoji reactions.

WhatsApp is also building a new type of text that you can send: polls.

Yes, WhatsApp is working on a way for you to quickly quiz pals on their opinions.

The feature appears to let you create polls for group chats.

This includes adding a question and up to 12 different options for responses.

WhatsApp’s new polling tool lets you see the answers, but it all stays within the group – including the results.

It could be a way for friends to make a decision on a restaurant.

Or maybe a company WhatsApp could poll its employees on the state of the food in the office cafeteria.

You could even poll your family about rescuing a dog from an animal shelter – and whether it’s right for you.

Or ask for a verdict on your new outfit. Brace yourself, you might not get the poll results you want.

WhatsApp Communities will be one of the biggest changes to the app.

It effectively lets you create parent groups for group chats.

Groups are one of the most popular ways to text inside the Facebook-owned app.

But having multiple Groups can sometimes be chaotic – and hard to keep track of.

A Community will be a way to keep Groups organised.

Maybe you could have a Work Community that would have lots of smaller Groups inside.

Or maybe your local area would have a Community, which splits into separate Groups for schooling and complaining about neighbourhood issues.

If you want to test the very latest WhatsApp features first, consider joining the beta.

It’s a trial version of the app used to test new features.

Read our guide below to find out how to join.

How to get WhatsApp beta

To download WhatsApp beta for your smartphone you need to go to Google Play on your Android and search for WhatsApp.

Scroll down the page until you see “Become a Beta Tester”.

Tap the “I’m In” button and then click “Join” to confirm.

Now all you have to do is wait for the update to the beta version of the app.

Joining the WhatsApp beta on iPhone is more difficult, and has limited capacity.