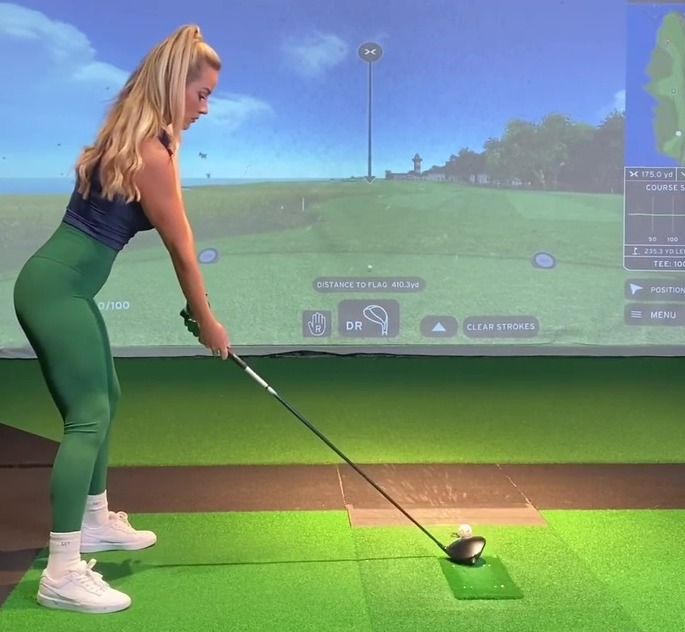 GOLF beauty Paige Spiranac has shown off her amazing swing as she hit a 259-yard shot on a simulator.

The 29-year-old social media sensation was playing on a X-Golf simulator, which has the most advanced indoor golf technology.

Spiranac wore a figure-hugging outfit and had Run-DMC’s It’s Tricky playing in the background as she wowed her 3.3million Instagram followers with a 259-yard shot.

The former pro’s sensational drive would place her behind LPGA golfer Ashleigh Buhai in terms of drive distance.

Spiranac is often criticised for the sizzling outfits she wears, but she doesn’t seem to be too bothered by it nowadays.

She is often accused of using her body for clicks.

This is a criticism which only drives Spiranac to promote her content even more.

In 2016, Spiranac broke down on TV when talking about dealing with cyber bullies.

Still playing professionally at the time, Spiranac said: “When you see the comments that people say, they’re extremely cruel.

“They attack not only me, but my parents, my family, my friends and they say I’m a disgrace to golf, and no one sees that.

“And I still get those comments and I still deal with it every day.”

Fast forward six years and Spiranac instead responds with humour, or simply blocks out the haters.