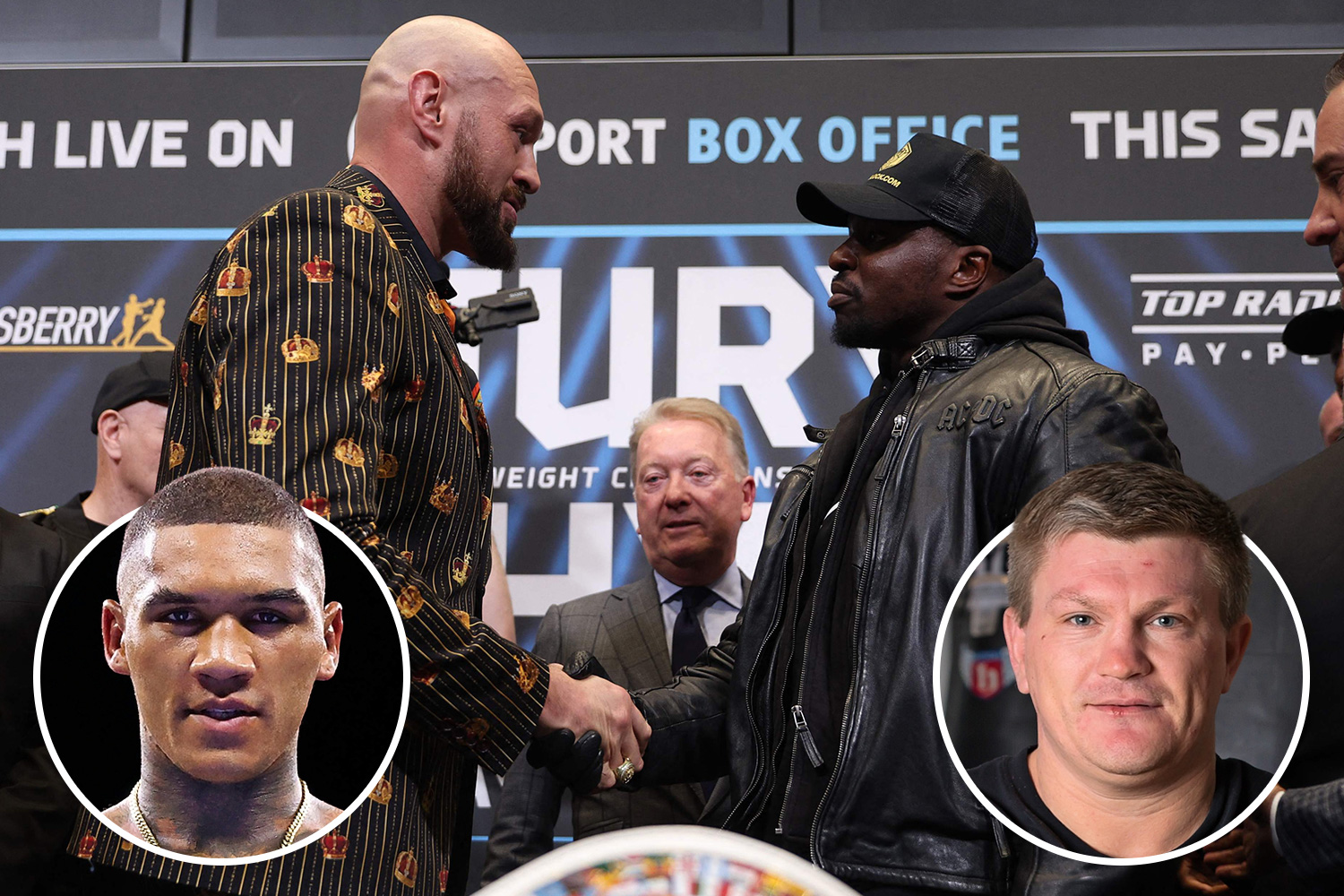 TYSON FURY heads into his WBC heavyweight world title defence against Dillian Whyte as the big favourite with the bookies.

But some past and present boxers think Whyte has a good chance to spring a huge upset in front of 94,000 fans at Wembley.

Not only does Fury put his belt on the line, but also his undefeated record against the Bodysnatcher.

Whyte has tasted defeat twice – being stopped by both Anthony Joshua and Alexander Povetkin.

But he exacted revenge against Povetkin to bag his big chance against Fury.

Here, SunSport runs through some of the sport’s famous names to get their take on how the fight will go. 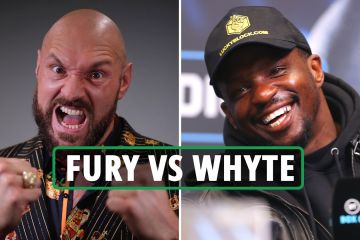 “Tyson, for a giant, 6ft 10in, is so versatile. He showed in his last fight [against Deontay Wilder] and previous fights, that he can stand close and mix it up.

“So, there’s no point in Dillian going out there thinking he can outbox Tyson because he can’t.

“He’s got to go for the knockout and try and get that big one in. Tyson’s been on his backside a few times. Dillian will know he’s capable of landing that and beating Tyson.

“I think it’s all about what Tyson Fury turns up.

“Tyson lately has been fighting like a 6’10’ Rocky Marciano. He wants to go to war and be in the trenches with everyone at the minute.

“For this fight, I think we’re going to see a bit of the old Tyson Fury. Distance, you know, try break Dillian down a little bit. Let the storm blow itself out a little bit and then come on in the later rounds.”

One of the most-talked-about British boxers Benn said: “Dillian Whyte definitely has a chance.

“You got to remember the hard fights [Fury] has had with Wilder, but then Whyte has been inactive. So it’s a hard one.

“It’s the heavyweights. A punch can change the game, but Fury has shown he has the punching power as well.

“Listen, when you get hit with 17 or 18 stone on your chin, you definitely know about it. It’s a tough fight for both men. I’d like to think Whyte can win but I wouldn’t be putting my money anywhere.

“I’m on the fence, I wouldn’t put a bet on this one. I could see it going to points and I think Whyte could win on points, I do. He’s robust, he’s rugged, he comes in and and takes the fight to Fury.

“But, Fury is a fighting man so it just makes for a great fight.”

Former WBA heavyweight world champion Parker is a training partner of Fury’s – and he can only see one result at Wembley.

The 30-year-old said: “Tyson’s training camp has been great from what I’ve seen.

“Him and his team have been doing all they can and I think he’s ready for this challenge in front of him.

“I’ve predicted that Tyson can get a knockout early. But Whyte is a handful.

“I know he’s very tough and you’ve got to come game, but I don’t see him winning.”

Former two-weight world champ Haye believes Whyte will upset the applecart, telling Boxing Social: “If I had a pound, I’d put it on Dillian Whyte for the upset.

“Yeah, I’m going with Dillian with the massive, massive upset. We had an upset with Anthony Joshua (against Oleksandr Usyk).

“And in the heavyweight division, when you think you have things figured out, something crazy happens.

“And someone crazy is Dillian Whyte, and the fact that he’s not interested in doing any promotion, all he wants to do is get in the ring and fight, I think that’s a positive.”

Former cruiserweight champ Nelson has got up close to both boxers during his time as a TV pundit.

And he is going for Fury to make a successsufl title defence.

He told talkSPORT: “You’ve got to go by form. I have to lean towards Tyson Fury on past results and past form, he’s the only one who has done everything and backed up everything he’s said and done. So, I would have to go with Tyson Fury.

“Saying that, when I’m hearing the statements saying Whyte hasn’t got a chance, I think whoever’s saying that is absolutely ridiculous.

“Dillian Whyte has got every chance but he’s coming up against a man who’s unbeaten and is so far unbeatable.”

Chisora is so confident Whyte will knock Fury out that he is willing to bet his house on it.

The 38-year-old said: “I’m willing to put my house on it that Dillian Whyte is gonna knock Tyson Fury out.

“Tyson is my mate, but I know he’s listening and he’s gonna get knocked out.”

Chisora was involved in two barnstormers against Whyte – the first in 2016 losing on a controversial split decision, the second two years later where he was knocked out.

But his losses against Fury were clear as day.

‘War’ got his chance at redemption two years later – but Fury put on a masterclass in the noble art as Chisora’s corner pulled him out after the tenth round.