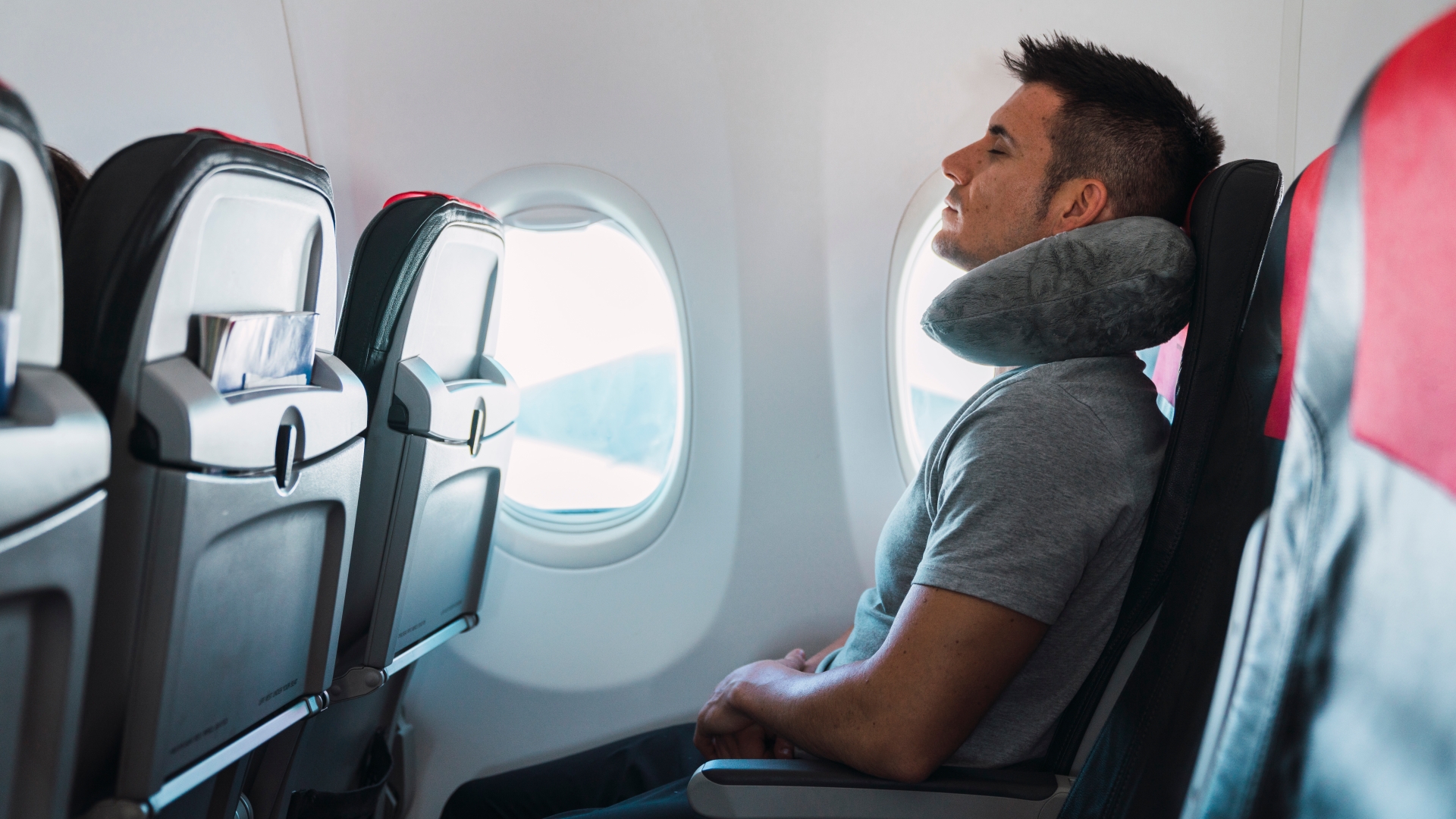 BEFORE you try and nod off when your plane takes off, you may want to wait until you are in the air.

Experts have revealed why you should never sleep during take off and landing, unless you want to be in pain later.

This is because the change in pressure can wreak havoc on your eardrums – causing lasting damage.

“This leads to a vacuum in the Eustachian tubes which makes the ears feel blocked and sound dull.

“Try not to sleep during takeoff and descent as you will not be swallowing as frequently and this can lead to blocked ears.”

According to health information website MedlinePlus if your ears stay blocked, it can create a number of health issues.

These include dizziness, ear infections, eardrum damage, and even nosebleeds and hearing loss.

By staying awake during take-off and landing, passengers can pop their ears helps to equalise the air pressure on the ear drums.

According to MedlinePlus: “Swallowing or yawning opens the Eustachian tube and allows air to flow into or out of the middle ear, which helps to equalise pressure on either side of the ear drum.

“If the Eustachian tube is blocked, the air pressure in the middle ear is different than the pressure on the outside of the eardrum.”

Here’s how to stop your kids ears hurting during a flight when they pop.

You should also never fly when you are sick, as this can also affect your ears.

Tom Tripp, former aviation journalist and executive at Boeing, said “I once flew from Washington D.C. to Los Angeles while suffering from a very mild cold.

“I had no fever and didn’t feel particularly congested. However, my sinuses and inner ear had a great difficulty equalising pressure upon descent into L.A.

“In fact, one ear simply would not clear and I was nearly in tears with agonising pain upon landing.

And forget leaning on the window when you want to sleep during a flight.

A flight attendant has warned you should never lean on it for a rather disgusting reason.

Cabin crew member Linda Ferguson, who worked on airlines for 24 years, said it was the dirtiest part of the plane as passengers regularly cough and sneeze against the surface.