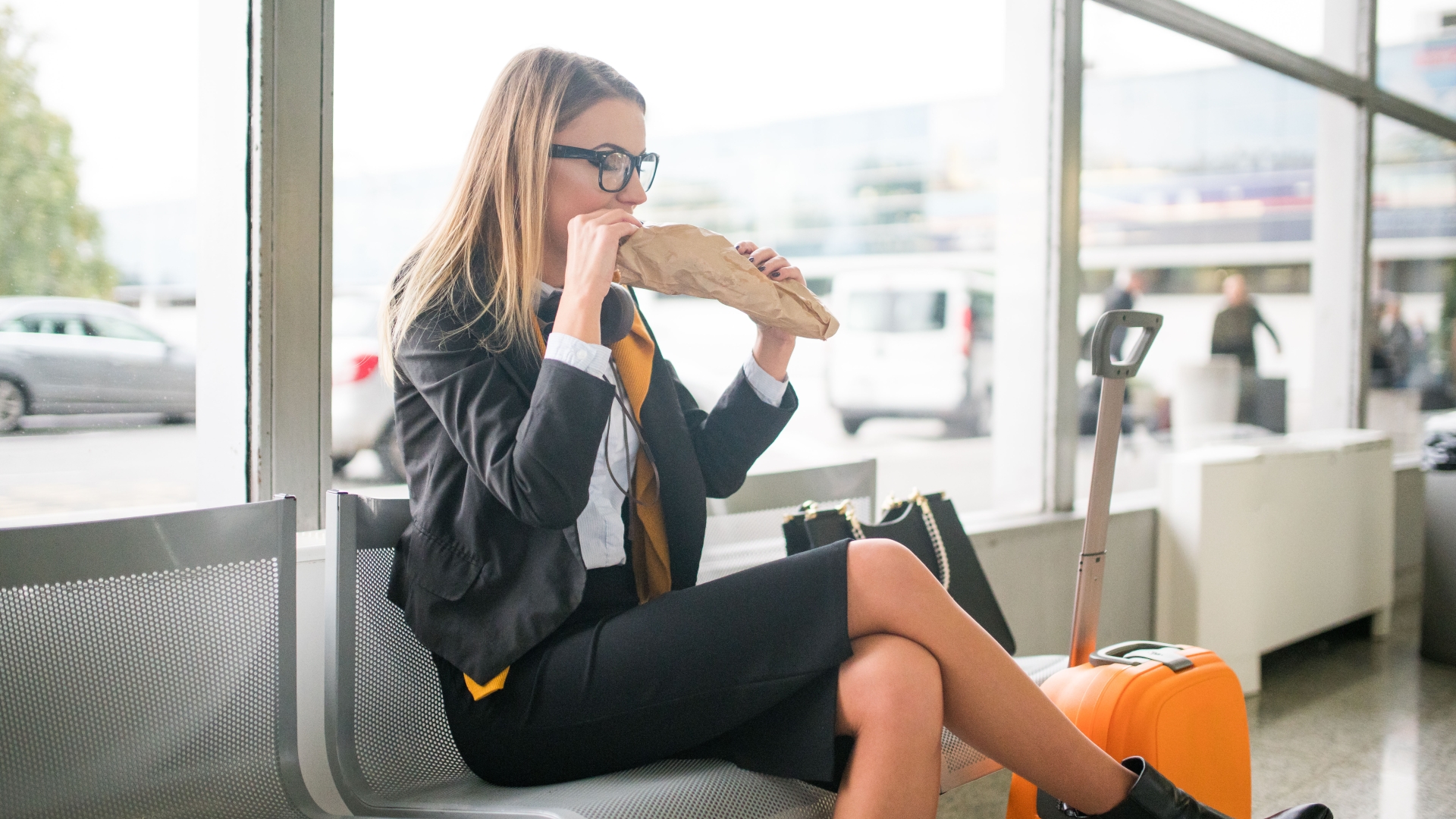 EXPERTS have revealed the food and drinks to avoid before catching a flight.

While stocking up on snacks is an important pre-flight ritual for many, some treats could leave you feeling worse for wear – here are the five to avoid.

Salty food like french fries or pretzel snacks can lead to bloating, which will only be increased when flying at 35,000 feet.

Gas inside your body will expand during a flight because of the decreased air pressure, so your stomach will bloat and can lead to discomfort.

Passengers on early morning flights might opt for a yogurt for breakfast, but these can be packed with lots of sugar.

Australian dietitian Kara Landau told The Food Network that yogurt parfaits and even fruit smoothies should be avoided because of added sugar that may aggravate the gut.

Instead, she suggests a plain Greek yogurt or protein bars without artificial sweeteners or added sugars.

The American Centers for Disease Control and Prevention (CDC) advise against eating sushi due to potential risk of food poisoning.

Sushi can also be packed full of salt, especially if adding soy sauce – and as previously mentioned, salty foods can lead to bloating.

There are also drinks that should be avoided at the airport, and it’s bad news for people needing a caffeine fix.

Drinking coffee – or other caffeine beverages – before a flight can cause frequent trips to the bathroom with the dehydration causing increased need to urinate.

Caffeine can also cause headaches and insomnia which is not ideal if trying to sleep during the flight.

An airport beer, wine or cocktail at the airport is an essential way to kickstart a holiday for many British tourists.

Flying can cause dehydration, as can consuming alcohol – so the two activities combined can make you feel worse for wear. It’s advised to drink water between each alcoholic beverage to combat dehydration.

Drinking booze before a flight could also mean you are drunk on the plane – and could get you kicked off.

A flight attendant has shared some other foods you should never take on a flight.

And these are the five best foods to eat to beat jet lag.