DOZENS of children all over the world have been struck down with a mystery hepatitis outbreak.

It has caused 17 to become so ill they need liver transplants, as experts scrabble to understand what has sparked it.

One youngster has now died, with parents urged to watch out for warning signs.

Currently scientists think the most likely cause is an adenovirus – common viruses that cause flu-like and gastro symptoms, and usually resolve without any lasting issues.

In kids they generally spark a mild illness, with liver inflammation (hepatitis) rare in healthy youngsters.

But last night it was revealed in a UK Health Security Agency report, experts think the adenovirus type 41F could be to blame. 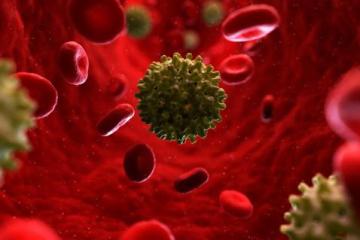 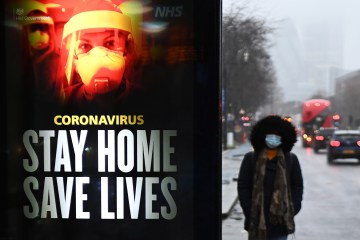 Many of the infections involve this bug, which usually causes diarrhoea, vomiting, abdominal pain and fever.

The report said: “Preliminary typing of the adenovirus has been consistent with type 41F where data is available from blood samples, however other adenovirus types have also been identified in non-blood samples.”

Routine data scans had picked up common viruses circulating in children are currently higher than in previous years, with a marked increase of adenovirus in the 1-4 age group.

Dr Meera Chand, Director of Clinical and Emerging Infections at UKHSA, said: “Information gathered through our investigations increasingly suggests that this rise in sudden onset hepatitis in children is linked to adenovirus infection.

“Parents and guardians should be alert to the signs of hepatitis (including jaundice) and to contact a healthcare professional if they are concerned.

“Normal hygiene measures such as thorough handwashing (including supervising children) and good thorough respiratory hygiene, help to reduce the spread of many common infections, including adenovirus.

“Children experiencing symptoms of a gastrointestinal infection including vomiting and diarrhoea should stay at home and not return to school or nursery until 48 hours after the symptoms have stopped.”

There is no link to the Covid vaccine, with none of the confirmed cases under 10 in the UK known to have had the jab.

In total 169 children have been diagnosed with hepatitis across 12 countries since last October, despite none testing positive for common strains of the virus.

Medics claim three-quarters of UK incidents are linked to adenoviruses, which normally cause colds, sore throats and eye infections.

But with many under-fives missing out on early exposure due to lockdown, experts fear they have now been left more susceptible to severe reactions.

Dr Chand, infectious diseases boss at the UK Health Security Agency, says the outbreak was first identified in Scotland after a cluster of cases in late March.

Speaking at the European Congress of Clinical Microbiology and Infectious Diseases in Lisbon, she said: “Clinicians [in Scotland] realised we were seeing something unusual… they felt this was exceptional, something you would very rarely see in this age group.”