A WOMAN who popped out for a “quick lunch” got home in such a state that she ended up splattered in the street.

CCTV footage showed the lady lurching around the back of her red Peugeot and past her front door before face planting in the road.

The clip was shot at 7.24pm on Sunday April 3 from an outdoor camera.

In a related post on TikTok, the unnamed husband said: “The wife came home after lunch with friends… six hours on the cocktails… but will she make it through the front door…”

The clip has since gone viral, with more than a million likes on Instagram accounts, including LADBible.

Thousands of amused viewers have commented on the post. 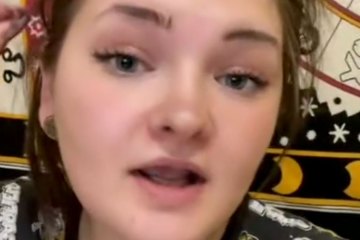 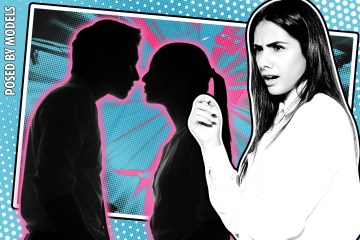 One suggested the woman looked like she was going round a windmill.

Another said: “She thought she was going around the magic roundabout.”

An Instagram user said: “Bottomless brunch has claimed another”.

Others quipped it was an “average Friday in the UK”.

And one said in a comment: “Can I get an invitation next time?”

A comment, which got 3,249 likes, said: “Her friends really stalled getting out that car to help cause they were laughing.”

This clip comes after a drunk husband was caught on a doorbell camera rowing with his wife after struggling to get back into his house.

The footage shows Ian Whitehouse, 38, returning home in Bolton, Greater Manchester, after a night out in February.

He drunkenly starts chatting to the Ring doorbell camera, before banging his head on the door.

The dad-of-six keeps telling himself to be quiet but still disturbs his wife, Tanya Whitehouse, 35.

His frustrated wife, starts hurling abuse at him.

Ian woke up the next day with a hangover and had no memory of the incident until he watched the footage.