REHANNE SKINNER has her sights on European action for Tottenham having committed to stay in the club’s managerial hotseat.

And the Spurs chief has plans to tie more players down to fresh deals following new contracts for Ashleigh Neville and Kit Graham.

Skinner, 42, was speaking a week after signing a new deal to stay at Tottenham’s helm until 2024.

Like Antonio Conte, Skinner believes the club should fight to compete in the Champions League and with Europe’s elite given its stature.

And breaking Chelsea, Arsenal’s and Manchester City’s stranglehold on the WSL’s top three spots is on the Wales-born gaffer’s agenda for the next few seasons.

Skinner, who last week signed a deal to stay in charge, for two more years said: “When I came to the club, I was very clear I am only interested in looking up as a coach and as a manager.

“With Antonio, we’re similar in that we both want to win and want to take the team to the highest level. 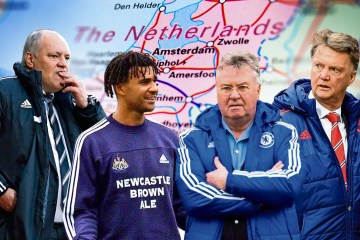 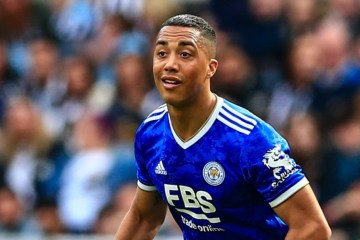 “We should only be thinking about the Champions League.

“When we do get to that point, we need to make a good effort to be in a competitive state.

“A lot of things have got to happen to get to that point given the youth of the team and how long we have been in the WSL.”

Tottenham play leaders Chelsea in the first of two games against the Blues which could play a pivotal role in the outcome of this term’s title race.

But where the league crown goes is of little concern to Skinner, who added: “In the nicest possible way, whoever ends up winning the title is their business.

“For us, we’re trying to win our games and make sure we’re in the position that we wanted to progress to this season.

“The only interest I’ve got is what Tottenham end up doing by the end of the season.”

Spurs’ home duel with Chelsea comes ten days after the club tied Graham, 26, and Neville, 28, down to new contracts.

Graham’s deal will see her remain at Spurs until next June with an option to extend with Neville’s running until 2025.

On the prospect of more players signing new contracts, Skinner said: “There will be a number (of players whose contracts) will be announced.

“Going into the summer window we want to add more strength. We just need to keep adding bits to help us going into next year.”