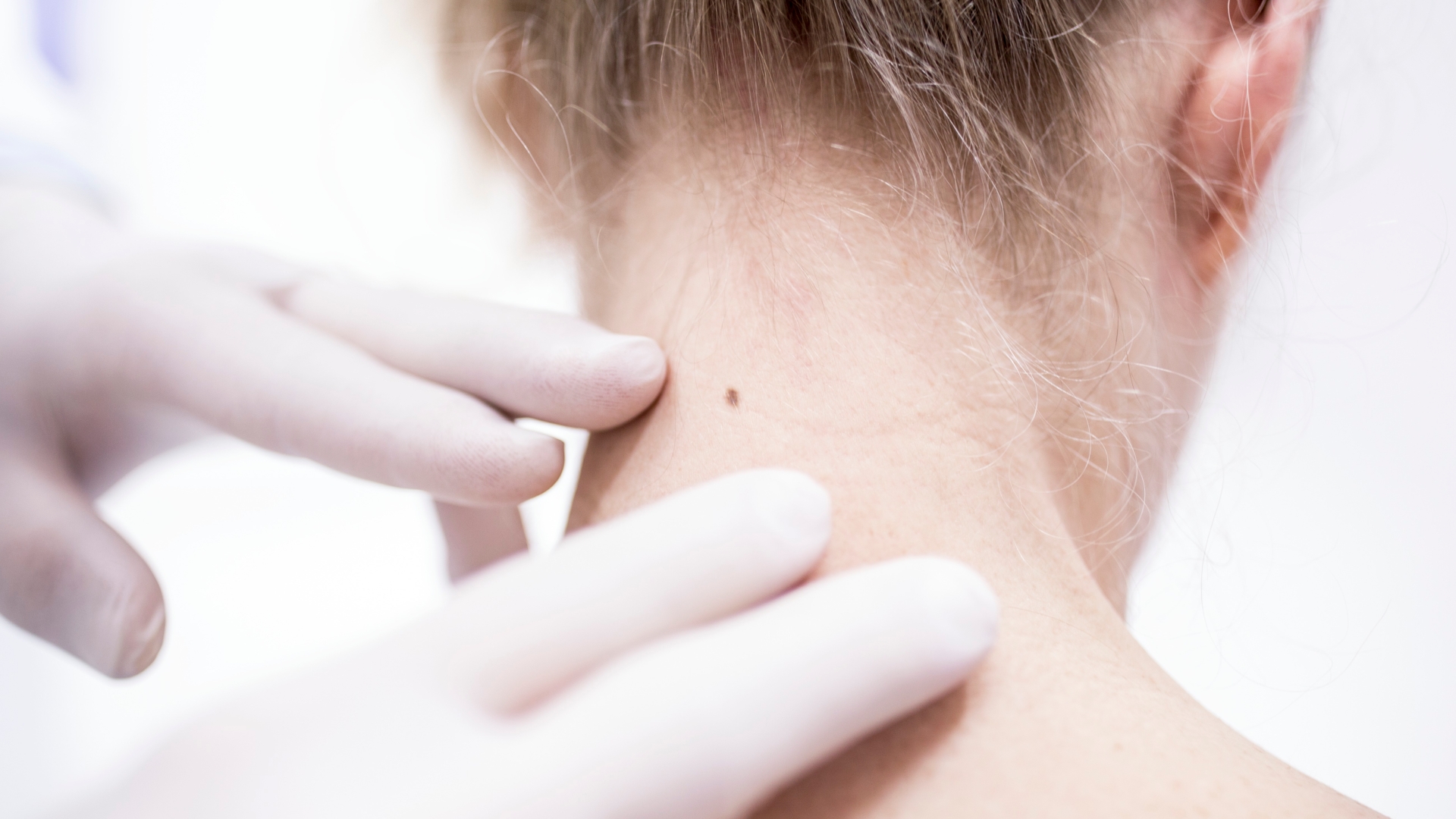 KNOWING the signs of cancer can quite literally be a life-saver.

But many people aren’t aware of what skin cancer can look like, and the warning signs to watch out for.

Skin cancer can be treated, especially if spotted early, but sadly thousands still die every year in the UK.

There are various forms of skin cancer that generally fall under non-melanoma and melanoma.

Melanoma, meanwhile, is diagnosed 16,000 times a year, but is the most serious type that has a tendency to spread around the body.

Skin cancer has become more common in the UK, thought to be because Brits have been going abroad on holiday more in recent decades.

Experts recommend performing regular checks of their skin to spot potential signs of the disease returning, or new melanomas appearing.

What is skin cancer?

Non-melanoma skin cancer refers to a group of cancers that slowly develop in the upper layers of the skin.

The cells in the epidermis (top layer of skin) are most at risk of sun damage.

In the epidermis, the most common cells are called keratinocytes.

The cells continuously shed as new ones form. However, when the skin is exposed to too much sun, it causes DNA damage.

Over time, this becomes a problem. It causes the cells to grow in an uncontrolled manner, which leads to cancerous tumours.

Melanoma is a type of skin cancer that can spread to other organs in the body.

Melanocytes are cells in the skin that give us the colour of our skin because they produce a pigment, known as melanin.

When you sit in the sun, melanocytes produce more pigment (a sun tan), which spreads to other skin cells to protect them from the sun’s rays.

But melanocytes are also where cancer starts.

Too much UV causes sunburn, and this is a sign of damage to the skin’s DNA.

The UV triggers changes in the melanocytes, which makes the genetic material become faulty and cause abnormal cell growth.

People who burn easily are more at risk of skin cancer because their cells do not produce as much pigment to protect their skin.

Those with albinism are at the most risk because their skin produces no pigment at all.

What are the symptoms?

The most common sign of melanoma is the appearance of a new mole or a change in an existing mole.

Most experts recommend using the simple “ABCDE” rule to look for symptoms of melanoma skin cancer, which can appear anywhere on the body.

The first sign of non-melanoma skin cancer is usually the appearance of a lump or discoloured patch on the skin, the NHS says.

It persists after a few weeks and slowly progresses over months or sometimes years.

In most cases, cancerous lumps are red and firm and sometimes turn into ulcers. Cancerous patches are usually flat and scaly.

Non-melanoma skin cancer most often develops on areas of skin regularly exposed to the sun.

Basal cell cancer (BCC) is sometimes referred to as a rodent ulcer, and this affects the outermost layers of cells in the skin.

Signs of BCCs include a skin growth that:

Around 75 per cent of all skin cancers are BCCs. These are typically slow-growing and almost never spread to other parts of the body.

If treated at an early stage, this form of skin cancer is usually completely cured.

If they do become more aggressive, BCCs may spread into the deeper layers of the skin and into the bones – which can make treating it more difficult.

Another form of non-melanoma skin cancer is squamous cell carcinoma.

This is a cancer of the keratinocyte cells which are in the outer layer of the skin.

These cells are mainly found on the face, neck, bald scalps, arms, backs of hands and lower legs.

A lump on the skin may:

Itchy skin and/or itchy moles can be a sign of skin cancer.

A study from 2018 that looked at 16,000 people found people with general itching were more likely to have cancer (including skin) than those who didn’t.

Typically, skin cancer is identified by a new or changing spot on the skin.

But in some cases, itchiness might be the reason that the spot was noticed.

Itching can indicate all sorts of things however, so if it’s your only symptom and isn’t going away go to your doctor.

What are the risk factors?

Can the disease be treated?

When found early, skin cancer can often be treated successfully.

Types of treatment can depend on what skin cancer it is, how far it’s spread, where the cancer is and what stage it’s at.

The main treatment is surgery to remove it from the affected area. Usually, the surgery carried out is minor and carried out under local anaesthetic.

Some may be given a skin graft depending on where the cancer is – or if it covers a larger area.

However, types of surgery do vary, and depend on where the cancer is and how big it is.

When surgery cannot be used, other treatments include: radiotherapy, immunotherapy and chemotherapy cream.