SERGIO AGUERO joked that Kevin De Bruyne had been made bald like former team-mate Pablo Zabaleta during Manchester City’s 4-3 win over Real Madrid.

De Bruyne, 30, opened the scoring for a rampant City in the Champions League semi-final first-leg clash at the Etihad.

Aguero, who covered the game on his Twitch channel was chuffed with De Bruyne’s header and raved: “How good De Bruyne!”, via Marca.

It took the Belgian playmaker just 94 seconds to break the deadlock on Tuesday night.

But the midfield maverick nearly lost his hair when he was embroiled in a clash with Real right-back Dani Carvajal. 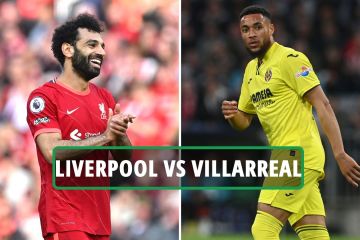 And the contravention didn’t escape the attention of former City striker Aguero.

The Argentine who quit the sport after suffering heart complications while at Barcelona in December – was shocked by Carvajal’s actions.

But Aguero managed to see the funny side of the incident and quipped that Carvajal had left De Bruyne with no hair like fellow ex-City star Zabaleta.

Aguero spent five years with Zabaleta at City before the right-back left the club for West Ham in 2017 before retiring in 2020.

And Aguero, who was sitting alongside Mario Ballotelli, enthused: “He ripped out Kevin’s blond hair! He left him like Zabaleta, heh.”

But Carvajal’s clumsy challenge wasn’t enough to stop Du Bruyne and City from romping to a narrow victory. 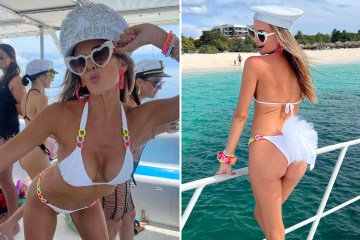 The end result delighted Aguero who would’ve been happy with a 1-0 win for his former club.