VEATRIKI SARRI is backing Birmingham give it their all in a last-gasp bid to avoid a drop into the Championship.

And club boss Darren Carter says his aces are ready to go “toe-to-toe” with Chelsea after their 3-1 defeat of Brighton.

A win against the WSL leaders next Sunday for Birmingham and against Manchester City three days after, would be a huge boost for Blues’ survival hopes.

The result against the Seagulls saw them reduce Leicester’s lead to four points.

And the Foxes face a tough trip to Man City with the club chasing Champions League qualification.

Greece forward Sarri, who was on target with Birmingham’s opener against Albion, says she ready to keep up fight to stay in the top tier. 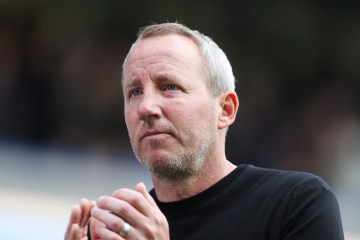 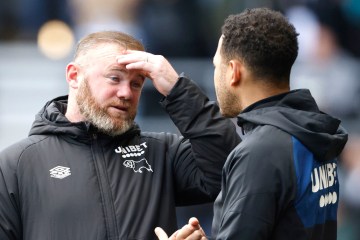 The St Andrew’s ace said: “It’s an incredible feeling to get the win against Brighton.

“It’s a massive boost and keeps us alive and I’m really proud of the girls.

“Mathematically it’s not over yet so we’re going to fight until the end.

Birmingham chief Carter said: “It’s a daunting task against Chelsea with them pushing for the title and that match is back-to-back against Man City.

“It’s going to be interesting how we game-plan for those two.

“I’m always saying to the players believe in yourselves, be confident.

“Yes, you’re coming up against world-class players, but make them go and earn the right.

“Against the top teams, we don’t want to back down, we’ll go toe-to-toe.”

Following the match Carter reflected on conversations with a individuals who had written off Birmingham’s hopes of avoiding relegation.

And the St Andrew’s gaffer believes his side are more than capable of pulling off a great escape.

“I’ve had to check them a little bit and say ‘well, we’re not down yet’.

“It does feel like a lot of people have written us off and have done for a while, especially in these last few weeks.

“But this group have got fight in them and spirit. I’ve seen in football you can expect the unexpected.

“It would be very nice for me to go back to those people at the end of the season, if we did pull it off, and say ‘there’s lessons learnt – don’t write people off until it’s mathematically impossible’.

Brighton, who were celebrating Hope Powell’s 100th game in charge, began the stronger of the two sides and had the majority of shots on target.

But it was Birmingham who struck first with Sarri dribbling past her marker to net a vital opener for the visitors.

This included parrying a first-half shot at the near post from Lee Geum-min.

Julie Zigiotti pulled a goal back for Albion in the 83rd minute before Quinn poked home to seal her brace and the win.

Powell said: “Credit to them, they fought for everything. It felt like they wanted it more.

“I’m not saying we didn’t try, but it just wasn’t enough.

“We created enough chances to win the game, but you’ve got to be clinical, and they were.”