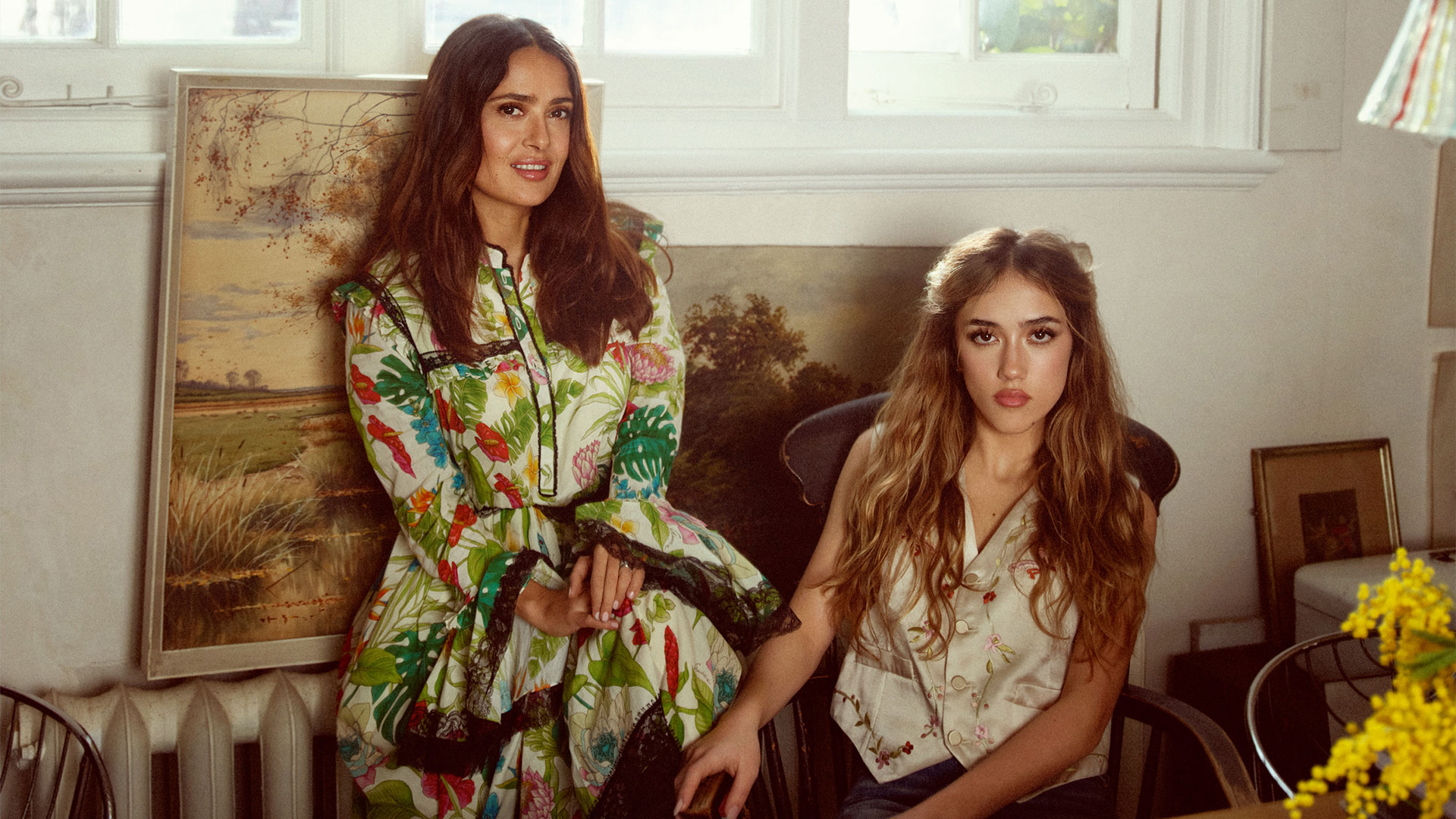 SALMA Hayek had the honor of posing for her native Mexico’s edition of Vogue magazine this month.

And she bought along her lookalike daughter, 14-year-old Valentina Pinault.

Posing for a close-up with Vogue Mexico, Salma and her teen girl could easily be mistaken for each other with their identical brunette hair and dark brown eyes.

They both cast the same distant gaze at the camera of photographer Nico Bustos.

The mom-of-one and her mini-me then posed for an outfit-showcasing photo.

Salma wore a large dress with a print pattern, while Valentina looked chic in a patterned blouse.

The Frida star has certainly passed on her beauty to her only child.

A series of artful black and white photographs also gave fans a look at their mother-daughter bond.

In one, they lounged nonchalantly on opposite ends of a sofa, both holding their heads in their hands as they stretched their legs out onto each other.

In another, they emphasized their likeness by wearing matching Breton tops.

Valentina is the daughter of Hollywood Star Salma and her billionaire husband, Francois-Henri Pinault.

Her famous mom clearly has no intentions of keeping her daughter away from the limelight.

Salma bought Valentina to the premiere of Marvel’s The Eternals, the Balenciaga show in Paris, and the pair have even been spotted at celeb hangout Nobu in Malibu, California.

Salma has always looked incredible, and earlier this year, stripped down to a bikini to showcase her impressive figure.

Posing on Instagram, she slipped into the brown bikini, tied her hair back, and wore tortoiseshell sunglasses as she prepared to go for a dip in the pool.

In the photo, the busty House of Gucci star revealed her taut abs and toned legs.

Her 21million Instagram followers were quick to comment on the picture as she soaked up the sunshine.