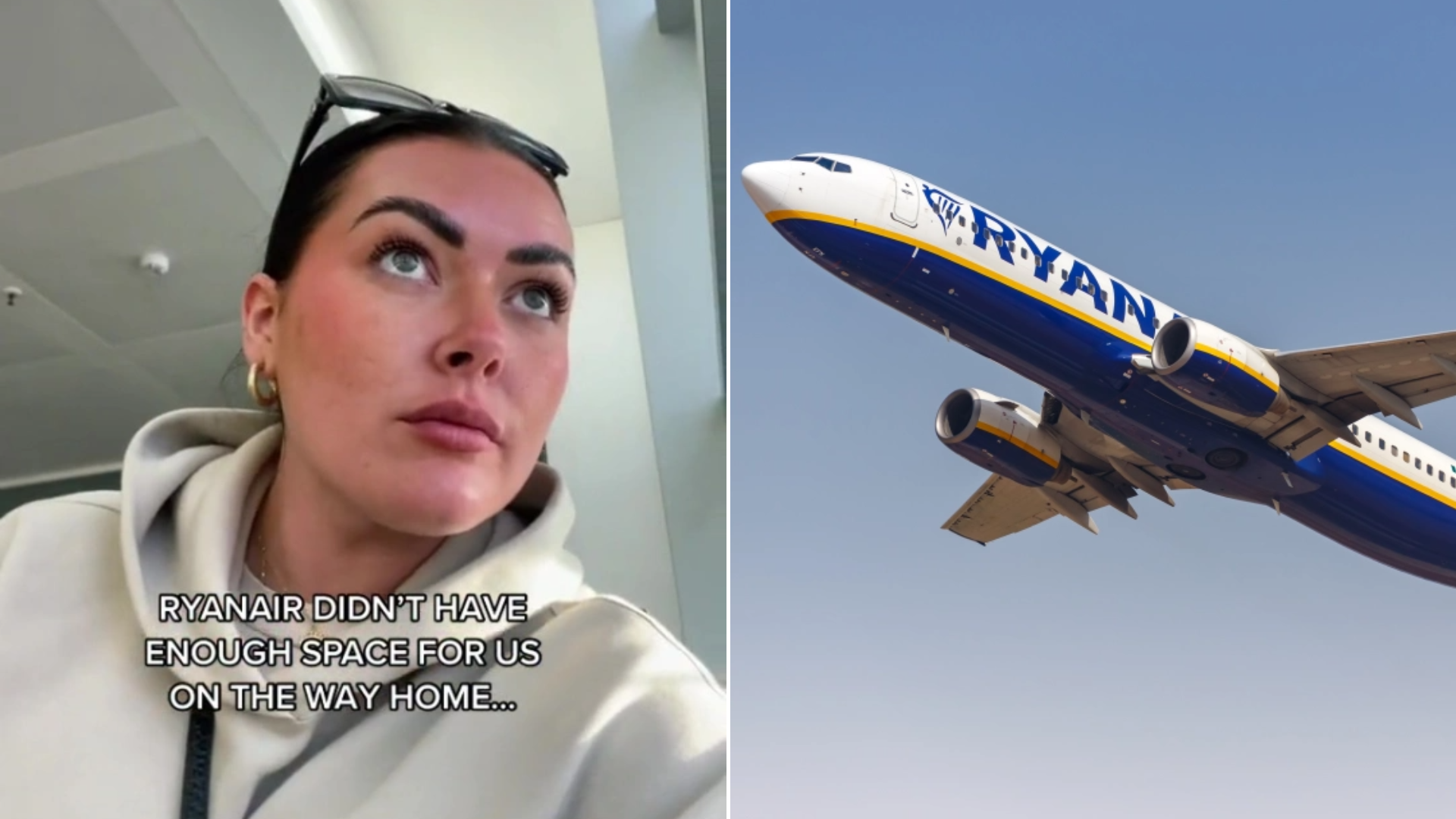 A COUPLE were stunned after being told they could not get their Ryanair flight home – but it’s what happened next that really left them speechless.

Ash Reid, from Glasgow, and her partner had travelled to Costa Adeje in Tenerife for a relaxing holiday last month.

And they were treated to a free extra day by the budget airline after their plane back to the UK was overbooked.

They were able to enjoy an extra night of cocktails at their hotel and topped up their tans with another beach day before heading to the airport again.

Recalling the incident on TikTok, the glam mum-of-two (@ashreid_) said: “Ryanair didn’t have enough space for us on the way home.

“So they gave us an extra day on holiday.

“We didn’t expect that…”

She later added: “They put us in La Pinta, it’s a family hotel but we spent most of the day out at the beach and promenade so didn’t really see much of it tbh.”

And everyone is saying the same thing in the comments: “Hope this happens to us.”

They do this in anticipation of people “no-showing” on the day of the journey, and the practice is not illegal.

Travel experts have warned that as many as 150 tickets are sold for every 100 seats available.

When airlines have to remove passengers they start by asking for volunteers who are offered compensation usually in the form of money, a hotel room and a seat on the next available flight.

Some companies even offer free return tickets to a destination of the customer’s choosing.

But if no one volunteers, then the airline can be forced to remove paying customers “involuntarily”.

Passengers who are forcibly bumped are entitled to cash compensation based on when the alternate flight arranged for them arrives at their destination.

Of course some passengers, who do not have a pressing appointment and want to make some extra cash, can also volunteer to be removed from the flight.

In this situation, the negotiation is casual and there are no industry regulations determining how much the airline should give you.