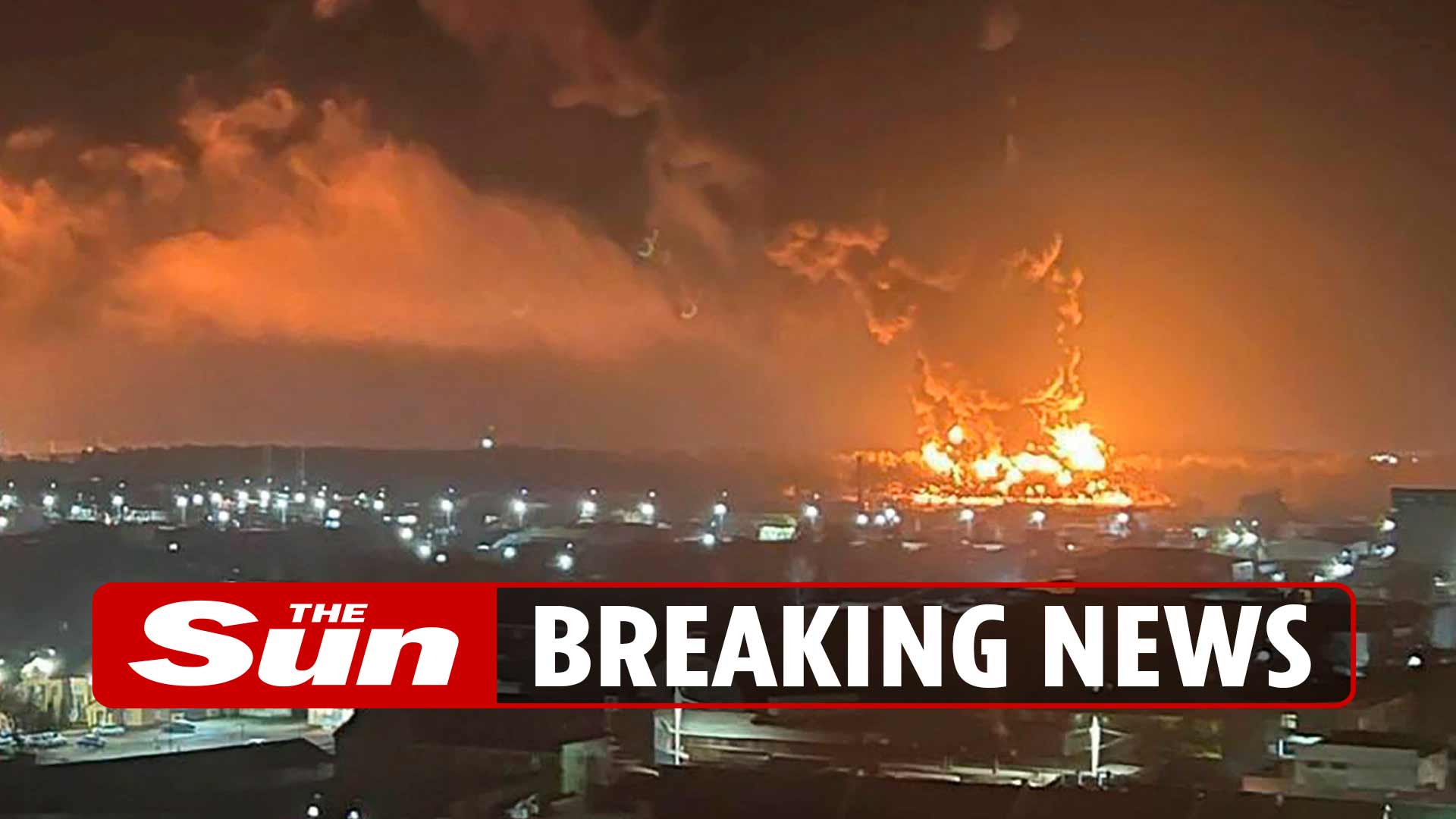 RUSSIA has been rocked by huge explosions and a massive fire following a suspected strike by Ukraine.

The blaze erupted at the Druzhba oil depot in Bryansk with flames seen across the entire city.

Massive explosions also rang out and locals were evacuated from their homes close to the inferno.

The oil depot is likely to be vital for supplying Russia’s troops as they attempt to take control of the Donbas.

“There’s also a confirmation that it’s the fuel tanks.”

A fire was also reported at a military base in the area but this is so far unconfirmed.

Russia’s Emergencies Ministry initially posted details of the second blaze before deleting it.

Telegram channel Voenny Osvedomitel reported the alleged fire could be at the 120th arsenal of the Main Rocket and Artillery Directorate.

No cause for the blaze has been given yet.

The Bryansk region borders Ukraine and is around 240 miles from Moscow.

THIS IS A DEVELOPING STORY…

The Sun is your go to destination for the best celebrity news, football news, real-life stories, jaw-dropping pictures and must-see video.