SALLY Morgan was visited by her late husband John months after he sadly passed away after a battle with coronavirus.

The celebrity psychic, 70, was left devastated after John’s death aged 74.

But The Sun can reveal she recently received an unexpected visit from him – through her Alexa.

A source said: “John came to Sally on their grandson’s birthday.

“She was in another room when Alexa turned itself on and started playing his favourite song – Somewhere Over The Rainbow by Eva Cassidy.

“Sally wasn’t surprised as signs from spirits often appear on and around special celebrations, but she was comforted to know John was nearby.” 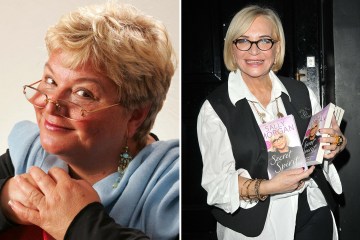 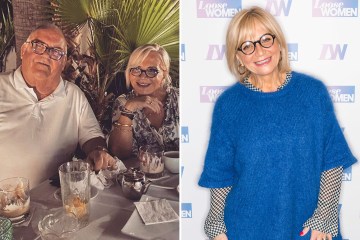 A rep for Sally told The Sun: “It was lovely for Sally to know John was there as they celebrated their grandson’s birthday.”

The former Celebrity Big Brother star previously opened up about her heartbreak after losing John.

She told The Sun: “I’ve lost grandparents and an uncle I was close to, but I’ve never been through the grief that I’m experiencing now.

“It’s like someone has put a sawn-off shotgun at my chest and shot me. It’s blown me away, it’s opened me up completely.”

As a result she has been left with baggy skin and confessed to using clothes and scarves to cover it up.

Despite her efforts Sally admitted she still feels self-conscious and said: “My neck is just skin. It doesn’t look good and it doesn’t feel good.”

Sally even insisted she had more confidence as a bigger woman.

She told Closer: “When I was a bigger woman, I still felt sexy, my husband never rejected me and he always loved me. We had our very passionate moments, wink wink!”