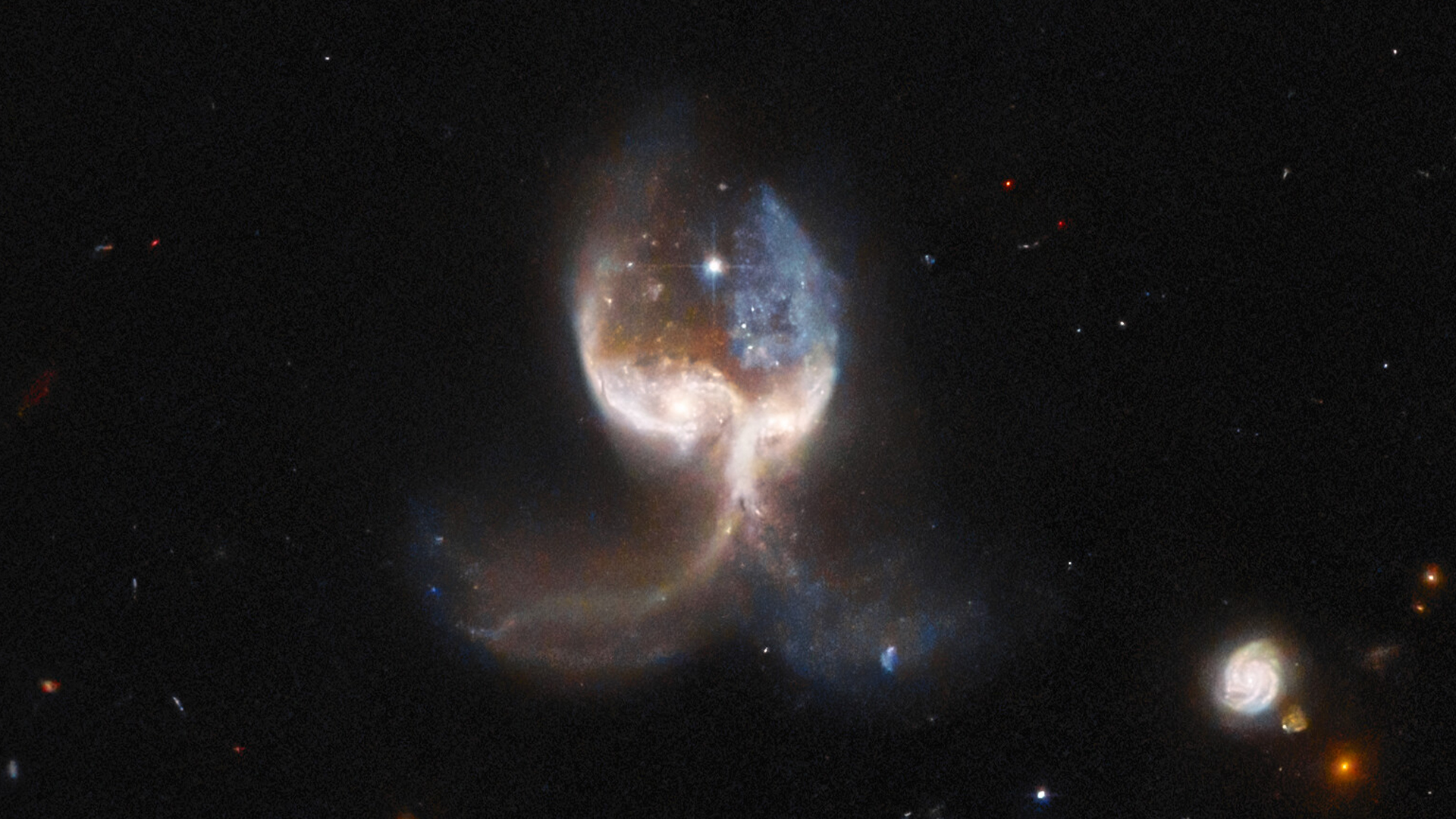 NASA has revealed a mind-blowing image of what it’s calling an “Angel Wing in space”.

The Hubble Space Telescope captured the stunning scene but the Angel Wing isn’t as wholesome as it seems.

The “wing” actually depicts a rather violent event.

It has been formed by two galaxies colliding together.

“Unlike chance alignments of galaxies, which only appear to overlap when viewed from our vantage point on Earth, the two galaxies in VV-689 are in the midst of a collision.

“The galactic interaction has left the VV-689 system almost completely symmetrical, giving the impression of a vast set of galactic wings.”

Nasa posted the photo as part of its Image of the Day series, which showcases rare celestial objects or events the US space agency has been conducting.

A lot of the images are taken by Nasa’s space telescopes.

This includes the Hubble Space Telescope that was launched into low Earth orbit in 1990.

The telescope has made over one million observations since it was first launched.

Nasa’s new James Webb Telescope is intended to give us an even deeper look into space than Hubble.

Webb is the biggest and most complex telescope of its kind, fitted with all sorts of sophisticated kit.

Its aim is to uncover the hidden depths of our universe, peering at faint light of early stars and galaxies created after the Big Bang some 250 million years.