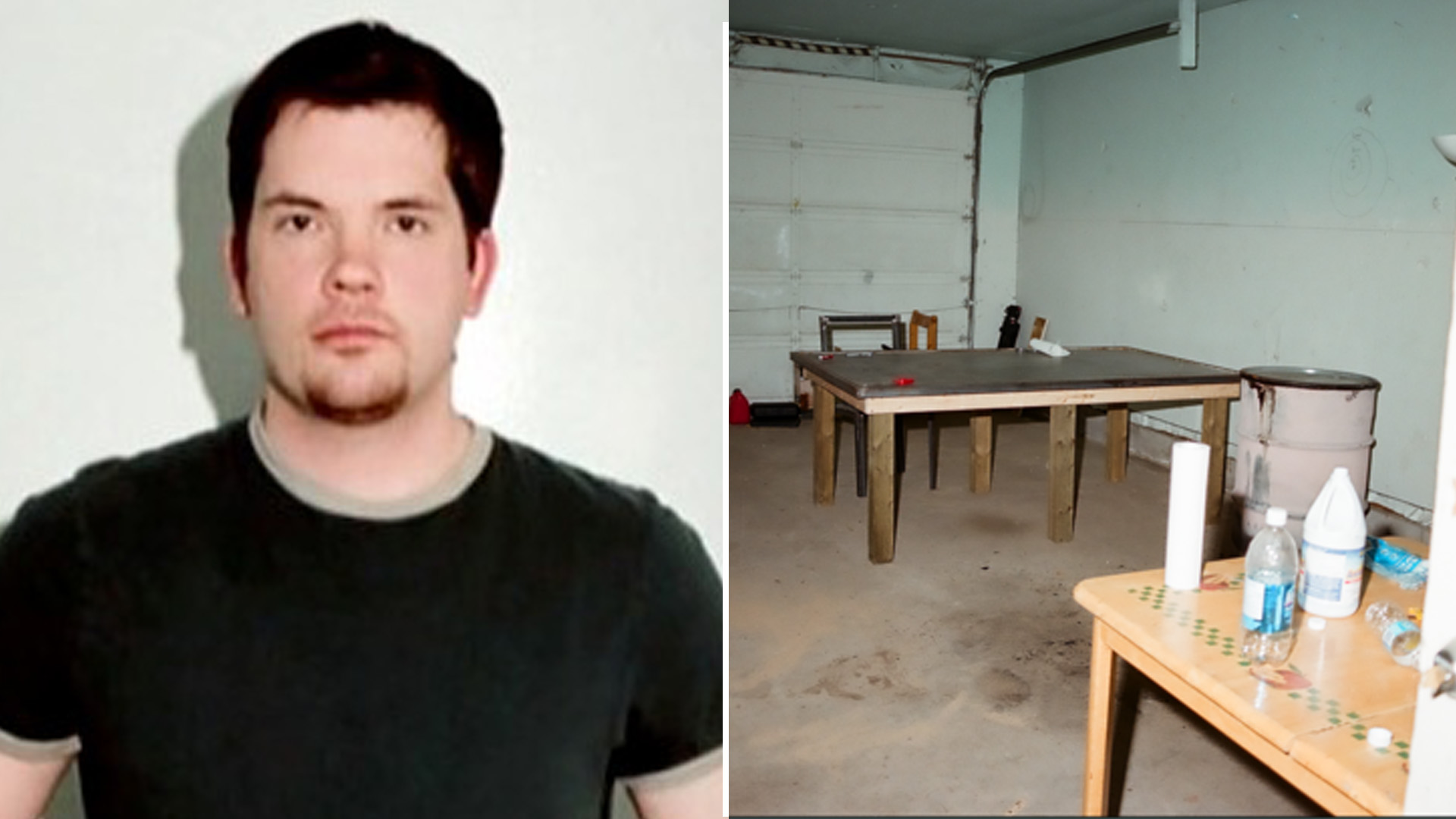 MURDERER Mark Twitchell was obsessed with the TV show Dexter about an avenging serial killer, even going so far as to have a “kill room” for dismembering bodies – just like the fictional character.

When police investigated Twitchell’s kill room after his arrest, they found a document that the filmmaker claimed was a screenplay detailing his crimes, including the murder of Johnny Altinger.

Lillebuen and police say that Twitchell’s fascination with the TV killer carried over into his real-life crimes, in which he lured two separate men to his house through the dating app Plenty of Fish in an attempt to kill and dismember their bodies.

In October of 2008, Twitchell posed as a woman online in order to lure an unsuspecting 38-year-old man named Johnny Altinger to his death.

In his prepared kill room, police say 29-year-old Twitchell brutally beat and stabbed Altinger to death before methodically dismembering him on a table in the garage.

Though his process of murdering Altinger was eerily similar to something that Dexter might have done, the Canadian killer has “completely denied” the connection.

“As you’re aware, Dexter has almost nothing to do with my case,” Twitchell wrote in a letter to Lillebuen.

“It has no bearing whatsoever on what actually happened.”

However, according to Lillebuen, the case’s evidence shows “significant links” to Dexter.

“He had a kill room set up with plastic sheeting. He had a table set up for his victims,” Lillebuen said.

“He had this kind of processing kit that was very similar to what Dexter uses.”

The day after Twitchell was arrested in connection to Altinger’s death, police found a suspiciously deleted file on Twitchell’s computer labeled “SK Confessions.”

In the document, the killer wrote about his kill room, explaining that it included “several rolls of painters plastic sheeting” and a 45-gallon steel drum “for the body parts” as well as a “game processing kit” containing multiple different knives and a serrated saw “for the bones.”

Twitchell had attempted to lure another victim to his kill room earlier that month.

When Gilles Tetreault went to go meet his online date named “Sheena” at the set location of Twitchell’s garage, he was attacked by Twitchell in a hockey mask.

Tetreault fought back in a violent struggle and escaped the horrific scene, but didn’t report the attack until seeing the hockey mask at a police press conference following Altinger’s death.

Twitchell’s confessions had mentioned a victim that got away, and police used Tetreault’s account of escaping to connect Twitchell to the crimes.

Police connected the details in the SK confessions with the evidence they found in the garage that filmmaker Twitchell had supposedly rented out to work on his short film.

For example, investigators found a barrel with burn marks in the garage, pointing to a passage in the confessions where the killer spoke of trying to burn human remains in a barrel.

When Twitchell told police that the blood splatters they found were from gruesome scenes in his short films, investigators asked an actor from the film how much fake blood splatter there was when filming.

“None,” the actor replied, leading Luminol tests to be ordered.

The tests revealed excessive amounts of human blood had pooled in the garage – something that wouldn’t have been visible to the naked eye.

The 48 Hours episode is set to reveal more details about Twitchell’s disturbing motivation by analyzing the crime scenes, as well as his writing.

“The Dexter Killer” airs Saturday at 10pm local time on CBS and will stream on Paramount+.