DEAR DEIDRE: MY girlfriend wants sex two or three times a day. I know it is some men’s dream, but it’s becoming my nightmare.

I’m 32, she’s 28 and we’ve been going out for nine months. We met on a dating app and after a week of talking, had our first date.

It was amazing. We did not stop laughing and had loads in common.
I don’t normally sleep with girls on the first date as I don’t want them to get the wrong impression, and think I’m only looking for a casual hook-up. But when she invited me back to hers, I couldn’t resist.

As we walked in her front door, she was all over me. We ended up having, hands down, the best sex of my life. She’s a very confident woman, and so wasn’t afraid to tell me what she wanted.

We ended up being intimate three times that night. I normally need a few hours between, but I assumed it was the excitement of it all that meant I didn’t have a problem going again, and again that night.

But the issue is that set the bar for her, and now she’s constantly disappointed. She has an incredibly high sex drive and wants it at least twice a day, every day. Sometimes I’m up for it, but if I’m not, her mood turns foul.

She’ll accuse me of cheating or no longer finding her attractive. If I insist that I’m just tired, she tells me to “man up and stop complaining”.

She told me that the last guy she dated only wanted to have sex two or three times a week, so she dumped him.

The problem is I think that’s about the right amount for me.

I feel under pressure to perform all the time, which is leading to issues getting or holding an erection.

I can tell she’s getting frustrated, and I’m scared she’s going to leave me for someone else.

DEIDRE SAYS: Everyone has different sex drives and this is a very common issue for couples.

Reassure your girlfriend you still find her attractive, but that the pressure to perform is worrying you.

Erection issues are most commonly psychological and so her constant demands for sex will be adding to your difficulties. 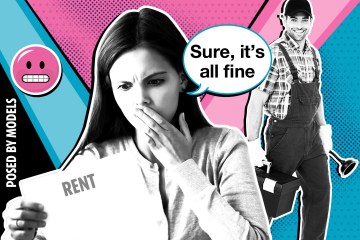 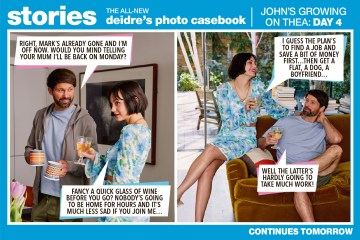 Try talking to your girlfriend about this again in a calm moment – and not in the bedroom. Discuss whether there is a compromise you’d both be happy with.

If that doesn’t work, relationship counselling may help, so approach tavistockrelationships.org (020 7380 1960) for help with this.