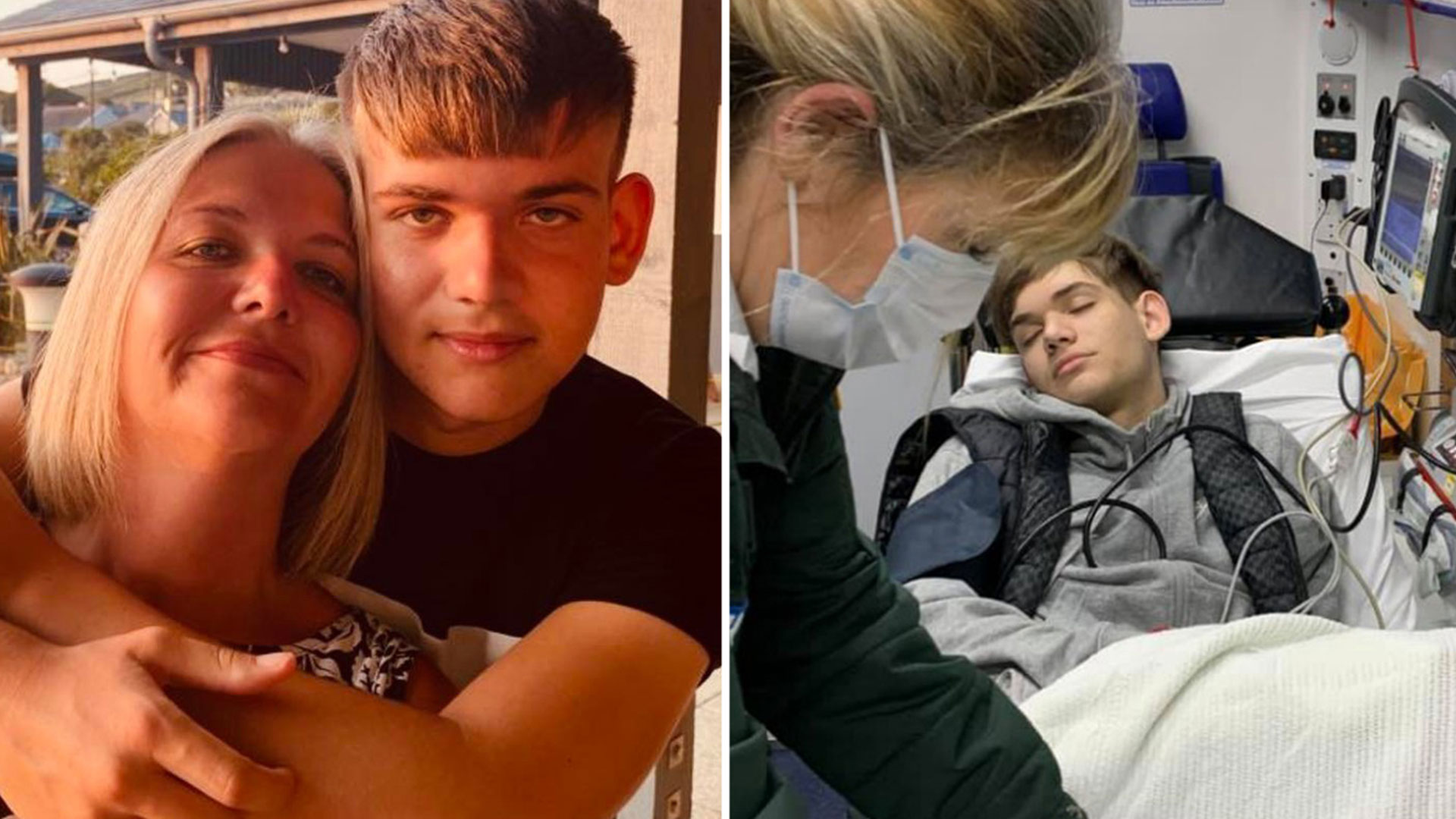 A MUM has issued an urgent warning after her son collapsed and started having a fit after having just two puffs on an e-cigarette.

Spencer Smith, from Honeywell, was 16 at the time and ended up being rushed to A&E and fighting for his life after inhaling from a vape.

He had been playing football with pals on a field in Rotherham when he was offered the vape from some older boys under the impression it was just a normal e-cigarette.

Spencer accepted the offer but just a few minutes of having a few drags of the vape, he collapsed in the middle of the football pitch and his body went into convulsions.

Unknown to Spencer the vape was laced with spice and benzodiazepines. 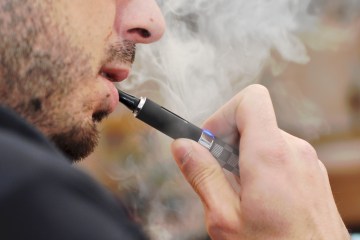 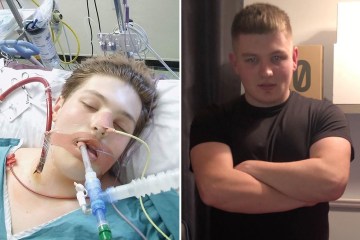 Fortunately, Spencer went on to make a full recovery but described the ordeal as “the scariest moment of his life”.

Mum, Suzanne Smith, has now spoken out the ordeal and how it impacted her whole family in the hope she can warn others about the dangers.

At the time of the incident she shared her story on social media.

In her post she said: “This is Spencer last night unresponsive and convulsing on his way to A&E in an ambulance. I seriously thought we had lost him.

“This is not a post for sympathy, but I really think it is so important for every parent to be aware and also for all Spencer’s friends to know the risks of what a few drags on a vape can result in.

“Spencer went out for a game of footy with his mates and I received a call a couple of hours later saying he needed help and to get there fast. I found my son in the middle of a field in the dark, unresponsive and convulsing with an ambulance and the police not far behind me.

“Spencer couldn’t communicate, didn’t even recognise me and was in some world of his own, his body contorting and convulsing involuntary. I couldn’t do anything to help him. As he slowly started coming back to some kind of reality he stared at me with frightened eyes pleading me to help him, but I couldn’t do anything only reassure him that he was safe and that everything would be ok.

“I didn’t even know if he would be ok. His pulse reached over 200bpm and I was told they were worried his heart might become damaged. Spencer had 3 bottles of Budweiser and said he felt ok. He was offered and took a few drags off an older boy’s vape, who he knew and unfortunately put his trust in.

“He collapsed immediately after this and remembers nothing. That few drags on a vape very nearly cost him his life.

“I was informed at hospital this morning that he had tested positive for THC, spice and other benzodiazepines. They said that apparently it is becoming increasingly common that teenagers are using vape that is laced with other things to give them an extra ‘high’. Spencer is home safe now and recovering, out of danger.

“Luckily it should not have any permanent or lasting affects, not physically anyway. Please please speak to your teens, let them know how extremely dangerous this can be.

“I see so many children vaping nowadays, please ensure that they know WHAT is in the vape and that it is genuine vape juice and not some kind of ‘home brew’. Let them read this post and see that even a few drags of this ‘home brew’ stuff can potentially cost you your life.

“I also would like to say a massive Thank you to Spencer’s mates (you know who you are). They were truly amazing, they got him in the recovery position, looked after him while I got to him and called 999 . You saved his life and I am eternally grateful.”

One year on from the frightening ordeal Spencer, now 17, says he is pretty much back to his usual self and is enjoying going out with pals once more while focusing on moving forward.

However, Suzanne said the whole incident had affected her very differently.

She told Yorkshire Live: “I guess this was easier for him, as he was viewing it from a different viewpoint to me. I have noticed certain things that still do trigger him, but he’s a typical teen not wanting to talk about it much.

“For me it was really hard to let him go out again following the incident, I found myself stopping him from going out and if he did I was phoning and texting. I even started texting his friends when he got angry with me for texting him.

“I was having regular panic attacks and flash backs to the event, not sleeping and I quickly realised that I had a problem myself and that I needed to get help. He’s a teen and needed to go out and enjoy his life.”

Suzanne though was able to deal with it all through therapy and she now wants to ensure other people are aware of the possible dangers so a similar incident can be avoided.

She said: “It was a difficult time and I had some trauma therapy after the incident which has helped me immensely as I was really struggling for a while.

“Through receiving therapy I acknowledged that I had done all I could for him, he knew about drugs, I’d brought him up right and he has a good head on his shoulders.

“Teens unfortunately will experiment, they will make mistakes and as parents all we can do is educate them, warn them of the dangers and then trust them to make the right decisions.

“That’s why raising awareness is so important to me, if by reading this it makes one other teen not vape then I’m happy.”