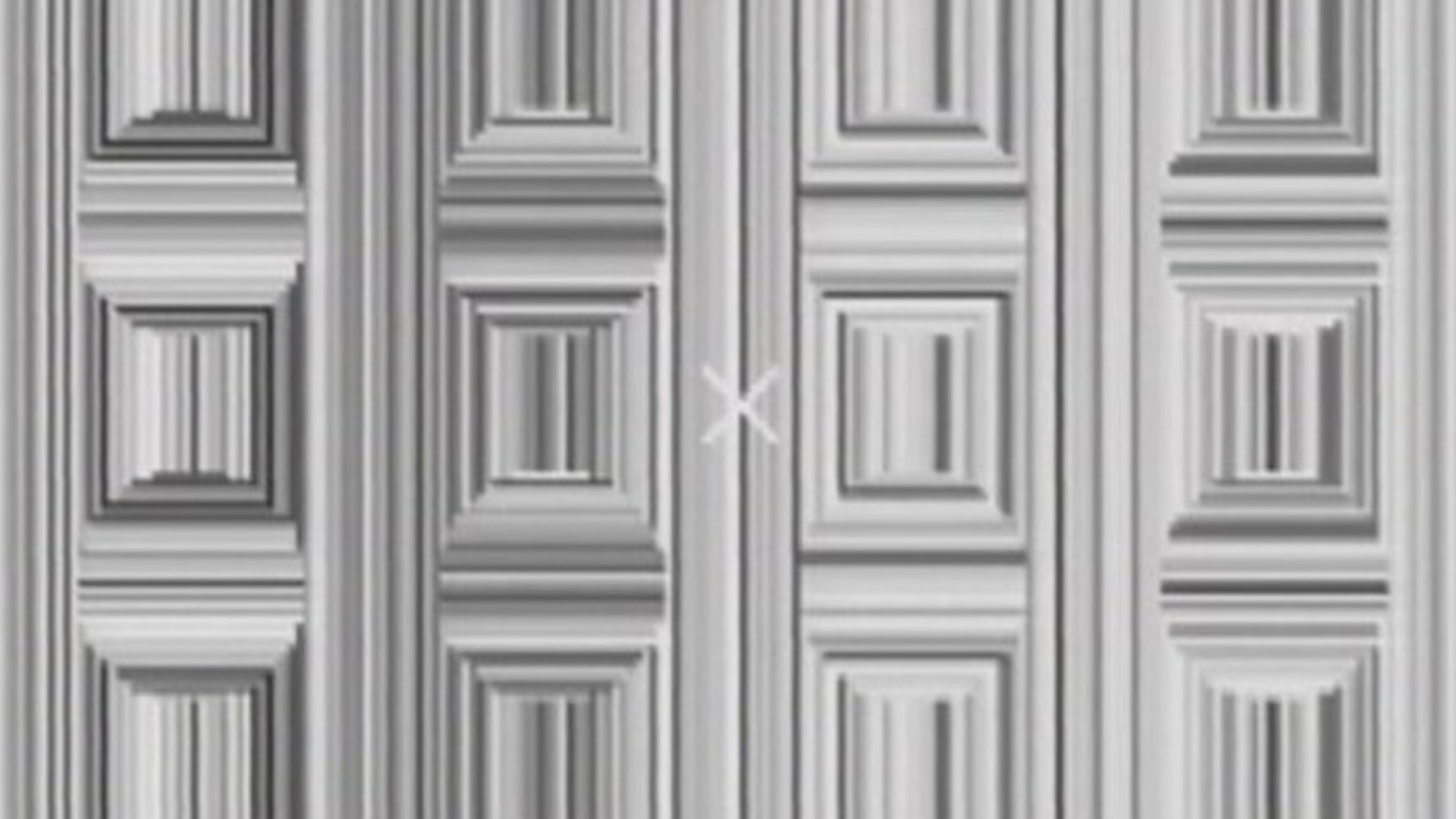 CAN you guess how many circles are in this photo? It might be difficult if you’re not paying attention.

The Coffer Illusion has stumped many who have come across it. In total there are 16 circles in the image but many won’t be able to spot them at first glance.

“First time viewers of this display invariable do not see the 16 circles segmented from the background,” wrote Anthony Norcia, who created the image.

“Rather, they see a series of rectangles that they frequently describe as ‘door panels’.”

The image uses both horizontal and vertical that easily blend into the background, making it hard to spot all of the circles.

“The illusion pits segmentation cues against what appears to be a very strong prior to interpret the image as a series of 3-D structures ‘coffers’ with closed boundaries,” wrote Norcia.

A coffer is a decorative sunken panel used in architecture.

Once you train your eyes to find the circles in the image, it becomes easier to spot them.

In another mind-boggling optical illusion, a picture appears to show a stunning view of Earth from outer space.

However, the reality is quite different.

Fans of optical illusions also had their brains frazzled trying to find a rooster, a hen and three chickens that are hidden in a tree.

The tricky picture shows a tree on a white background with the five animals hidden between its branches.

If you pay close attention to the riddle you will see the shape of the animals being formed from the branches of the tree.

And if you look closely you will see that some of the tree’s leaves are actually the animals’ eyes.

While another confusing picture looks like a massive crowd at a concert at first glance, can you tell what’s really going on?

If you enjoy teasing your brain with optical illusions, why not take a look at this one which promises to reveal if you’re an optimist or a realist.