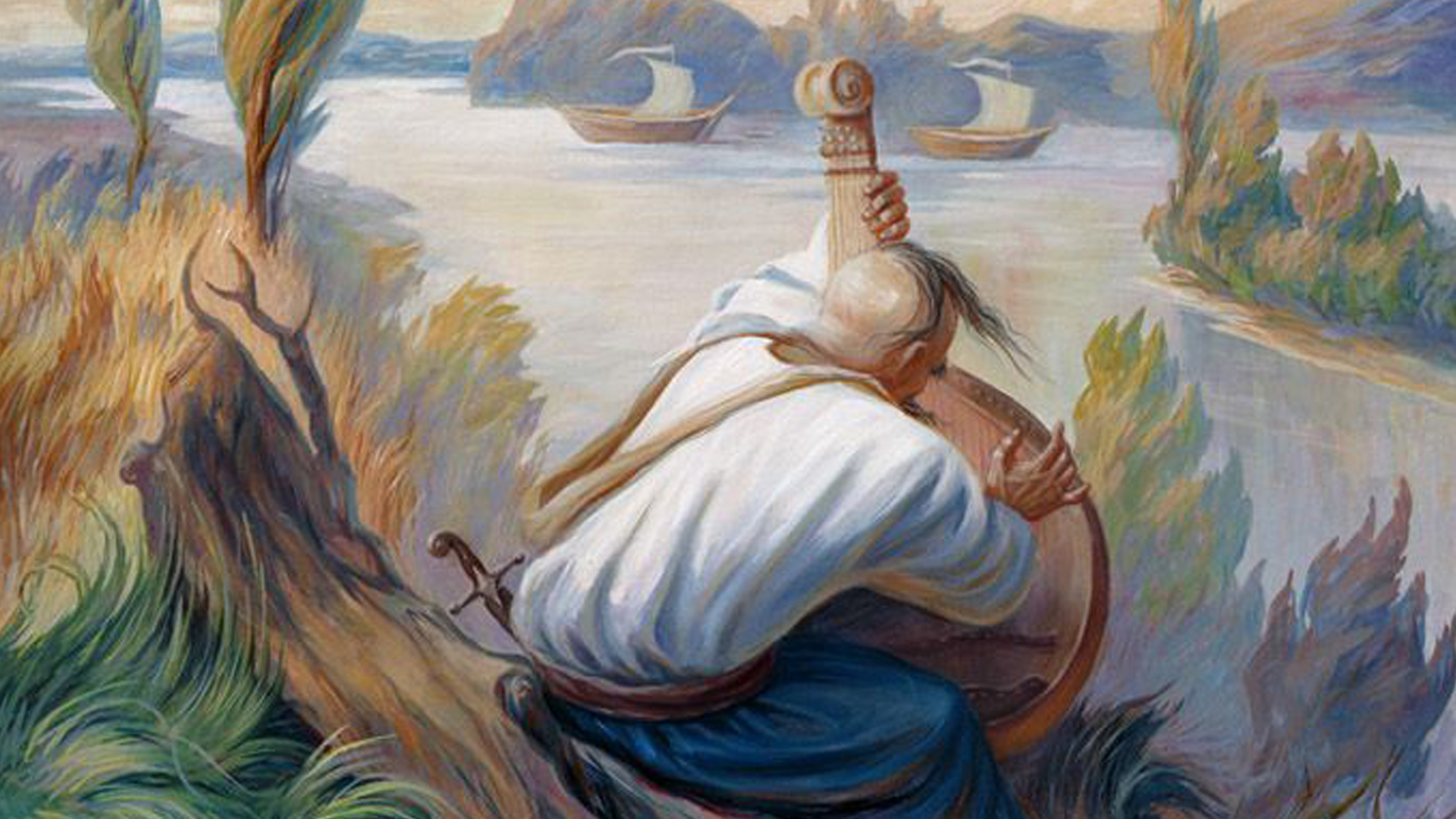 Shuplyak painted this image in 2012. It’s called “Spirit of freedom.”

At first glance, viewers may see a gentleman playing a pandora – which is a Ukrainian musical instrument – sitting on a river bank.

But upon closer look, the face of Ukrainian poet and artist Taras Shevchenko appears.

Shevchenko’s poems “The Dream,” “The Caucasus,” and “The Epistle” tackled the suppression of Ukraine by Russia. 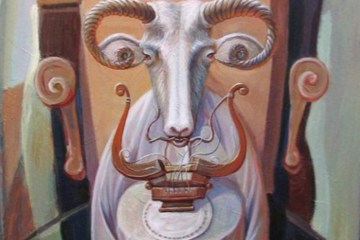 Many of Shuplyak’s paintings contain multiple living things and often have hidden meanings.

One of his paintings shows a woman’s face at first glance. But at a closer glance, her eyes and nose resemble a bird.

The bird’s legs and feet also double as the woman’s mouth.

The bird depicted is a stork, which could represent positive things on the horizon for those sharp enough to identify it.

That’s not the only one of Shuplyak’s images with a hidden stork.

One piece shows rolling hills on a rustic-looking landscape with storks soaring overhead blending into the nature below.

Another oh his paintings features a wintry setting with snow-covered trees.

But it’s actually an optical illusion of numerous storks arcing towards the sky.