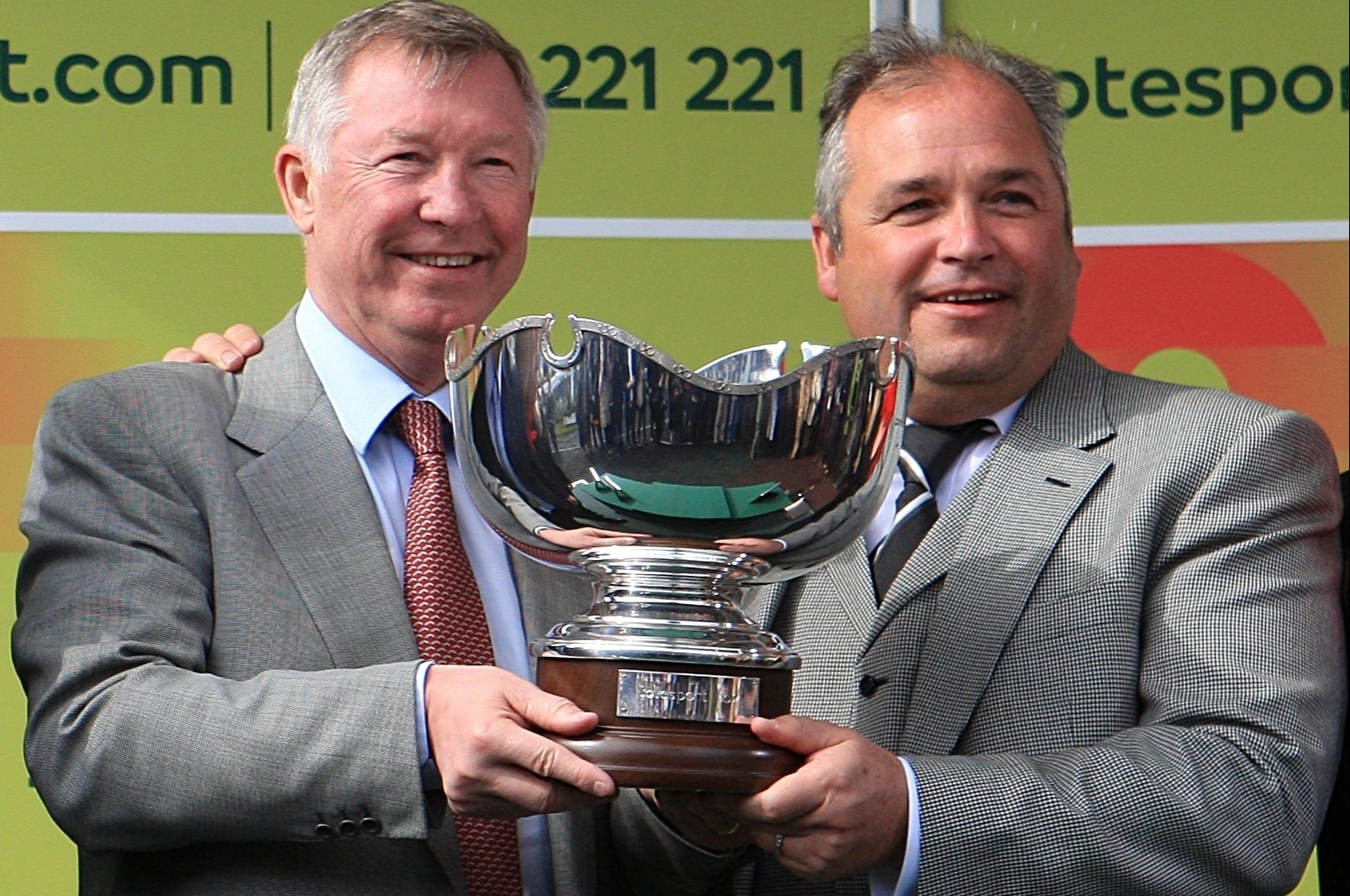 ASK any Manchester United fan what their wildest dream would be and it would probably include being best mates with Fergie and worth an absolute fortune.

Well, for top businessman Ged Mason, that dream is a reality.

The top entrepreneur, born in Salford in 1964, is, according to the Sunday Times Rich List, worth a whopping £190million.

That is thanks to the success of Morson International, the company Ged inherited from his dad Gerry and turned into a behemoth.

Ged is boss of Britain’s leading manpower services company, turning over £1billion a year and involved in nuclear power and submarines, but perhaps what gives him his greatest thrill in life is something money can’t buy.

Spot legendary Old Trafford boss Fergie at the races and Mason, who received an OBE from Prince William is 2016, is never far away.

The pair celebrated success to the tune of £169,000 at Aintree – Fergie loves winning on Merseyside – in 2021 after a Grand National Festival treble.

One of the horses who won that day, Clan Des Obeaux, has arguably proved the most successful of any they have co-owned.

Most read in Horse Racing

The ten-year-old superstar chaser has won the pair, along with fellow co-owner Paul Barber, more than £1million.

He has won nine of his 26 races over fences and was a rare British success in Ireland last year.

He returns looking to defend his crown this week, where victory would see Fergie, Mason and Barber pocket a cool £136,350.

Clan is a mega horse but still looks up against it given the strength of the home contingent.

Mind you, if anyone loves an underdog story it’s Fergie and Co, after all, who can forget his infamous quote about knocking a certain team ‘off their f***ing perch’?

It’s a fighter spirit ingrained in Mason and Ferguson that has served the pair well.

Describing his upbringing and love of United, Mason told the Greater Mancunians blog: “I’m a Red through and through.

“I was weaned on watching George Best and Denis Law. How could you not be hooked on it after that?

“Football is still my first love but racing is a very close second.”

It’s undoubtedly in the field of business that he has had the most success, though.

And it’s something that came naturally to him, ever since he took business enquiries over the phone – at the age of five.

Mason told the Manchester Evening News: “My father was running the company from home back then and told his children that it was important to answer clients in the correct way and ensure that we had taken down the details correctly.

“That was my first taste of the business – and I remember loving it from the start.

“I was intrigued by everything about the company and used to scan the paper for job adverts and then check that my dad had spotted them all.”

These days he’s more likely to scan the paper for the racing results to see which one of his horses has won again.

Commercial content notice: Taking one of the bookmaker offers featured in this article may result in a payment to The Sun. 18+. T&Cs apply. Begambleaware.org

A responsible gambler is someone who: