MARK Zuckerberg’s quest to crown himself king of the metaverse is costing his company an eye-watering amount of cash.

Meta, the company formerly known as Facebook, yesterday revealed that its metaverse division has cost it $3bn this year already.

That’s the arm of the company that handles its augmented and virtual reality operations, including its work on the metaverse.

The metaverse is a loosely defined virtual realm made up of connected 3D virtual worlds where people can work, play or do business.

Visitors to the social spaces can buy interact with one another and buy goods and services, much like they would in the real world. 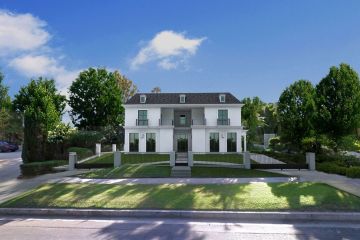 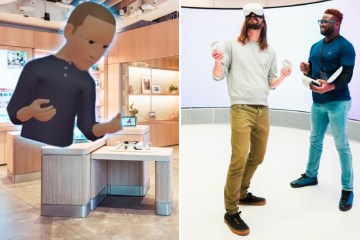 The technology, which is accessed through a virtual reality headset, is still in its early stages and Meta is betting big on it.

The company changed its name to Meta last year to reflect its focus on the metaverse and pledged to spend $10bn on it in 2021 alone.

In its first quarterly earnings report for 2022, Meta said that Reality Labs generated $695m in revenue but lost $2.96bn.

Doubts have swirled about whether the major metaverse investments will pay off for Meta, which changed its name from Facebook last year to highlight its shifting focus.

“Over the next several years, our goal from a financial perspective is to generate sufficient operating income growth from our family of apps to fund the growth of investment in Reality Labs, while still growing our overall profitability,” Zuckerberg said.

“Now, unfortunately, that’s not gonna happen in 2022, given the revenue headwinds.”

Meta on Wednesday reported better profit than expected in quarter, calming investors worried about the toll of competition from TikTok and eased pandemic restrictions.

The firm said it made a profit of $7.5billion on revenue of $27.9billion in the first three months of this year.

Shares were up more than 18 per cent in after-market trading following the release of the report.

“We made progress this quarter across a number of key company priorities and we remain confident in the long-term opportunities and growth that our product roadmap will unlock,” said Meta chief Zuckerberg.

The average number of people using Facebook monthly rose 3 per cent to 2.94 billion by the end of March.

Some 3.64 billion people used at least one member of Meta’s family of apps each month, the tech giant reported.

“More people use our services today than ever before, and I’m proud of how our products are serving people around the world,” Zuckerberg said.

The growth in the ranks of people using Facebook on any given day is a good sign for the social network, especially after seeing the number decline for the first time ever in the final quarter of last year, Insider Intelligence analyst Evelyn Mitchell told AFP.

“But it’s also clear that Facebook is still struggling to bring in new users, and it’s becoming increasingly difficult for Instagram to pick up the slack,” Mitchell said.