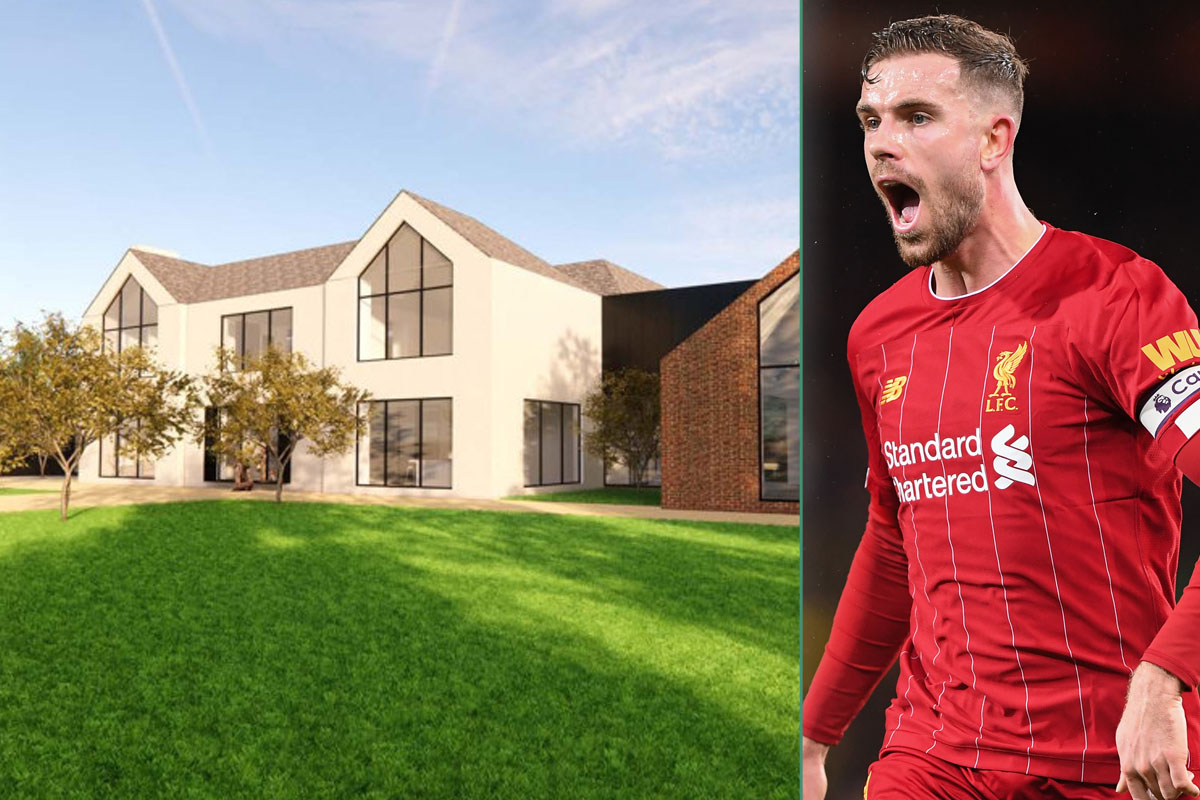 LIVERPOOL captain Jordan Henderson is spending millions on a mansion — complete with a “trophy corridor”.

And it could be nicely filled, if the Reds land an unprecedented quadruple this campaign.

Reds captain Henderson, 31, waspraised for leading a drive for Premier League players to give the NHS £4million but had a battle getting the proposals past local authorities.

The Cheshire village’s ­parish council blasted the seven-bedroom design, which has an indoor pool, for being like a “hotel complex”.

It also opposes the plans of England’s Henderson, married with three children, as they “seek to demolish two substantial homes”.

An objection letter said the look “is more akin to a commercial or industrial building than a dwelling”.

Drawings by architect Wake Morley reveal the home has a leisure suite and a roof to attract wildlife, and a cinema room.

Two guest bedrooms over the garage are linked to the house by a glass walkway.

The grounds will also boast a tennis court, giant patio and barbecue area.