A MUM-OF-SEVEN has hit back at trolls who criticised her for sleeping with five of her children on mattresses on the living room floor.

Constance Hall is no stranger to causing controversy with her posts – and was labelled “lazy” after revealing she only washes her kids three times a week – and took to Facebook to reveal her sleeping arrangements while she’s living with her mother.

“A lot of people find my living arrangements, in particular the fact that me and my 5 kids sleep together in my mum’s living room weird,” she wrote, alongside a picture of her kids in the “sleep nest”.

“I get it, I am a successful Queen yet I’m living in my mums lounge room doesn’t exactly look like I’m ‘winning’.

“It’s been almost a year now since I moved in with my mum. And while it’s a 4 bedroom house, 2 of the rooms don’t get used and we have 2 mattresses on the floor in the lounge room surrounded by couches.

“Last night as I lay on one of them with 5 kids surrounding me, all drifting off inbetween giggling, fighting, dobbing and 4000 ‘I love you’s’ and finally sleep I felt extreme contentment. 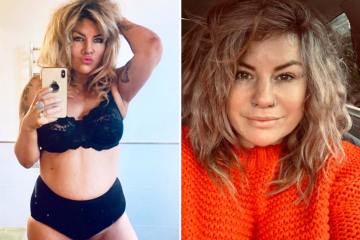 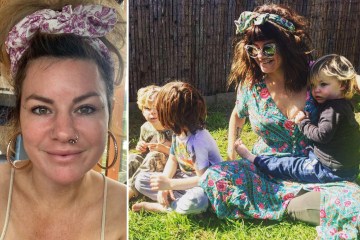 She added that the arrangement is “fluid” as some of her kids occasionally decide they want to sleep in a proper bed, but most of the time they are happy and content in the living room.

“Knowing that my children are completely avoiding that part of their lives where they wake up alone and scared from a nightmare, or lying in bed thinking up a plan to get out, another wee, more water, or a blatant tantrum over not wanting to go to bed, is total bliss for me,” she continued.

“It’s not for everyone. It doesn’t have to be.”

“I personally can’t think of anything worse,” one wrote.

“My bed is my space and the only space that is mine without a need for some part of me to be given to someone else which I very much need for my mental health and for me as a person when I’ve spent all day being mum or employee.

And someone else wrote: “I’m no expert and I don’t care what others choose to do, I just preferred having my boudoir for me and hubby, kids can visit in morning, jump in have snuggs, but my time with my husband was very precious.”

A third added: “Everyone should beat to their own drum….I’m almost the complete opposite of you and freely admit reading this gives me major anxiety esp the co sleeping but as long as your happy and I’m happy and our kids are happy that’s all that matter.”

Constance is living with her five children at her mum’s house. She’s also stepmother to two sons with husband Denim Cooke.