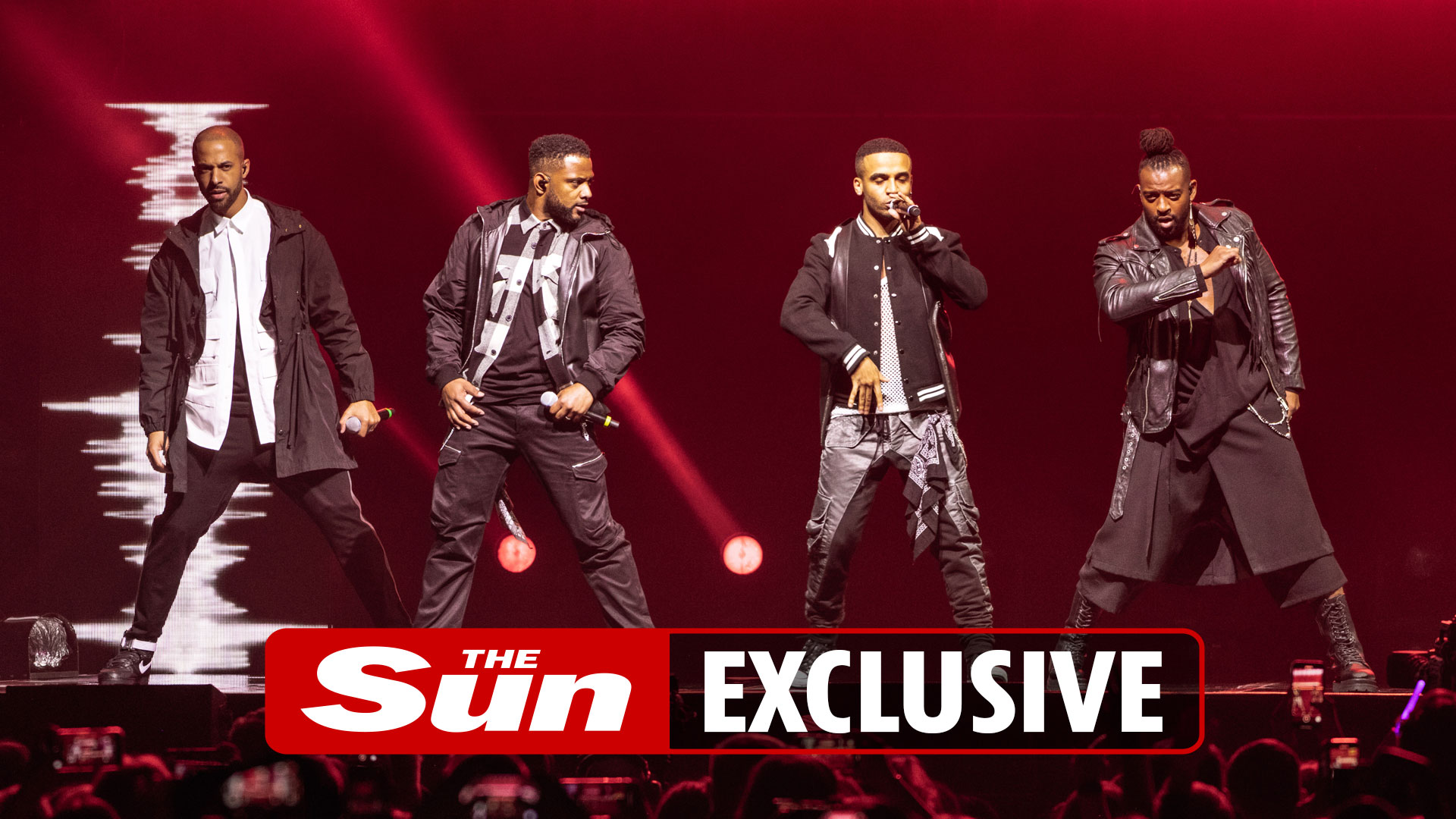 JLS are poised to perform at Girls Aloud’s charity concert in honour of the late Sarah Harding.

Her Girls Aloud bandmates Nadine Coyle, 36, Cheryl Tweedy, 38, Kimberley Walsh, 40, and Nicola Roberts, 36, will return to the stage for a show in her memory.

In an exclusive interview with The Sun, Aston revealed his hopes of being part of the event, which aims to raise funds for medical kit to help detect cancer earlier.

“I’d love to,” Aston said, ahead of joining Footloose the Musical this summer.

“Sarah was a beautiful soul. It’s always an honour to perform at tributes like that.”

Aston – who shot to fame in JLS on The X Factor in 2006 – said the untimely deaths of Sarah and The Wanted star Tom Parker had deeply impacted him.

Tom passed away in March after being diagnosed with an inoperable brain tumour aged just 33.

“It’s tragic what happened to Sarah and Tom,” he added.

“My heart goes out to their family, friends, bandmates and fans.

“It puts life into perspective, and could it not?

“You have to live every day like it’s your last and really enjoy it. You have to put a positive spin on things and live how you want to.”

The Girls Aloud charity concert will be the first time the stars reunite in nine years.

The group, formed on Popstars: The Rivals in 2002, had planned a reunion tour to celebrate their 20th anniversary. It was scrapped after Sarah’s death.

JLS reunited last year for their Beat Again Tour of the UK and Ireland.

It was the first time the four-piece had performed together since their ‘goodbye tour’ after splitting in 2013.

During their seven-year break, Aston appeared in the West End, on Strictly Come Dancing, the Masked Singer and releasing his platinum debut single ‘Get Stupid’.

He will join the cast of Footloose the Musical to perform in the role of Willard in Aberdeen, Glasgow and Wimbledon from July 25.

Aston said: “I’m delighted to be joining the phenomenal cast of Footloose.

“Willard is a superb role and I’m really looking forward to the challenge of stepping into such a lovable, comedy part and performing on these amazing stages.

“Footloose is just the best night out and I guarantee if you come along you’ll leave with a spring in your step and a smile on your face.

“I’m so looking forward to working with this team and I can’t wait to see you all there.”

For tickets to see Footloose the Musical, click here.