DEAR DEIDRE: WHEN I started going through the menopause, I expected the usual symptoms – hot flushes, brain fog and mood swings. But it might have turned me gay.

Never before have I been attracted to women, now I see females I fancy everywhere.

Last week I spotted my young neighbour heading out in a tiny dress and heels. I’ve fantasised about undressing her every night since.

But I don’t want to have sex with him any more.

Most nights, while I’m lying next to him in bed, I’m dreaming of being intimate with women, whether that’s Davina McCall or the woman across the street.

Before the menopause, we had an active sex life, usually being intimate two or three times a week.

When things changed, my husband sat me down and asked if there was anything he could do to help.

Rather than making excuses, I was honest and explained how I was feeling.

Now he’s refusing to talk to me and has been sleeping in the spare room for the last month.

I don’t think he gets how confusing and overwhelming this all is.

I’ve tried talking to my girlfriends but they don’t understand it either.

They’re all a bit younger than I am — they’re the mums of my youngest son’s friends — so I don’t think they’ve started to go through the menopause yet.

I’ve made an appointment with my doctor to discuss this because I’m concerned that my urges are so strong that I’m going to end up doing something I regret.

Please help. I don’t want to risk cheating on my husband.

DEIDRE SAYS: Some people do feel their sexuality is on a sliding scale, with people becoming more attracted to men or women at different points in their lives.

There are several menopause symptoms, however, I can’t say I’ve heard of this.

It could simply be a side of yourself you’re now ready to explore. Or, it could be a sexual fantasy.

I’m sending you my support packs, Sexual Fantasies and Bisexual Questions, which should help you better understand how you’re feeling. 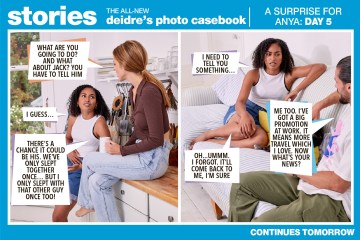 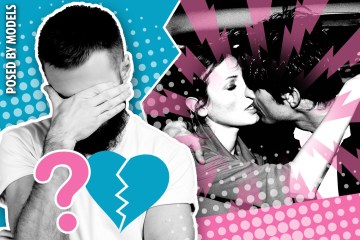 But it might help to talk your feelings through with someone who understands, so contact Switchboard LGBT+ (switchboard.lgbt, 0300 330 0630).

While you’re not interested in sex with your husband, don’t risk your marriage until you are clear about what you want.