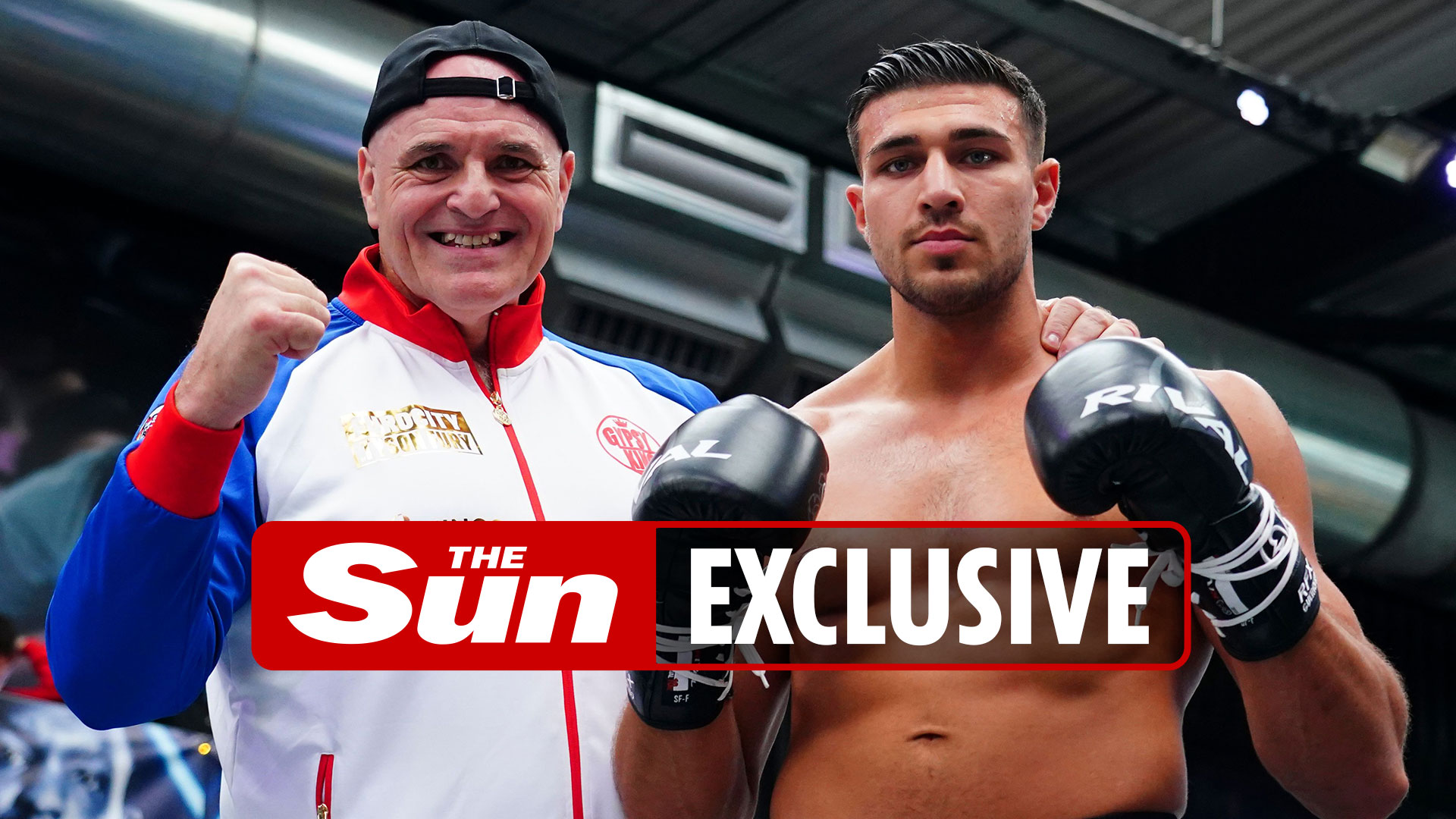 FOR Tommy Fury, his road back to the ring has been a family affair alongside brother Tyson and dad John.

That set up a pay-per-view celebrity grudge match, but Tommy was forced to pull out in December with a broken rib.

After a recovery process, the 7-0 light-heavyweight was confirmed to return on the undercard of Tyson’s fight with Dillian Whyte.

It means Tommy has had a front row seat to watch the WBC champion in action and in turn received some free inspiration ahead of his own return.

He told SunSport: “It’s been my favourite camp so far, especially being in camp with Tyson, not just being around him, we’re sharing the same schedule. 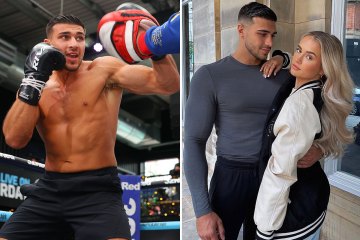 The last time Tyson was in camp with his younger brother, he took on the role of coach, but this time around he is the main man in the gym.

And Tommy revealed there is a stark contrast between coach Tyson and the undefeated Gypsy King.

“Even still, I’m learning off him as he’s in the gym next to me, we’re learning all the time, so we’re both in the ring together.

“The amount of stuff I’m picking up and learning from him, it’s incredible really. You can’t buy this sort of experience.

“That’s where I feel I’m a cut above others, I’ve got this at my will, the heavyweight champion of the world, the best to ever do it.

“What I do is just soak up everything that he’s doing and put it in my own arsenal.”

Tommy, 22, has been training in Tyson’s private home gym in Morecambe, working alongside the two-time heavyweight champ.

He has sparred with amateur prospect John Dovex and former opponent Jordan Grant.

Dad John is still head coach, but Tyson’s trainer Sugarhill Steward has also been teaching him the ropes.

“So my dad will take me on the pads, then I might do a round with Sugar and we switch and rotate.

“But my dad has been the head trainer but Sugar has taken me on the pads a few times, teaching me some new moves.

“So I’ve been learning constantly in this camp, it’s been a bit of a mix, my dad is my head trainer and that’s how it’s been.”

Tommy began training after the New Year for his return but did so having to nurse the broken rib which robbed him of a multimillion payday against rival Paul, 25.

He said: “We got back into training as soon as we could, sparring as soon as I wasn’t in pain to move, I was right back running, doing everything I could.

“When we started back sparring, we started easing into it, I was taking shots in there and the rib was holding up great, I had no pain.

“There was no niggles, it was like brand new. I’m extremely happy with how it’s recovered and I’m fully confident in it come fight night that it will hold up.”

Tommy will return in a step up fight against Poland’s Daniel Bocianski, 27, who is 6ft 3in and holds a 10-1 record.

But the unbeaten Brit refuses to accept that it is a risk, having faced far greater talents in his star-studded gym.

Tommy said: “The likes I’ve been sparring in the gym is levels above and I truly believe that the better opposition that I face, the better I am myself.

“I have to raise my game, I’ve said this before but I do believe I am guilty of dropping down to my opponents level sometimes, definitely been critical of that in the past.

“But I truly believe that when I have to step up, I’ll step up and shine through and that’s exactly what I’ll do on the 23rd.”

“I’m more than ready for whatever this guy has to offer because I know deep down that I’m a cut above anything that I’m facing right now.”

As the brother to heavyweight royalty and the face of a reality TV show, Tommy has been used to the limelight.

But on the greatest stage of them all – in front on a UK-record attendance – he has promised a frankly unbelievable performance.

He said: “I’m looking to take my time and put on a masterclass performance.

“I’ve said this all training camp, I really want people to see that I am a legitimate contender and I want people to walk away from this fight and say, ‘Wow, who is this guy?’

“Because what I’m doing in the gym and what I do on fight night, it hasn’t resembled, whereas this time it will.

“Everything I’m doing in sparring now is all professional, it’s all seasoned work and I’m going to take that into the ring and I’m sure everyone will be gobsmacked with what they see.”