ELON Musk may be happy with his successful bid to buy Twitter for $44billion (£34.5billion) but he’s still upset with Bill Gates.

The two billionaires appear to be in a ‘feud’ and Musk even recently tweeted a picture of Gates and compared him to the pregnant man emoji.

Musk suggested the unflattering comparison image should be used to make a man lose an erection quickly.

Musk is now the world’s richest man, a title once held by Microsoft co-founder Gates.

The Tesla and SpaceX CEO confirmed on Twitter that he’s angry with Gates for apparently betting that the price of Tesla stock would fall. 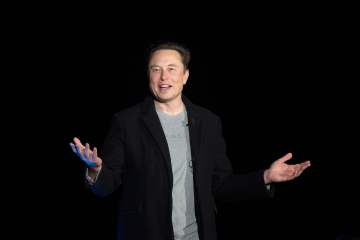 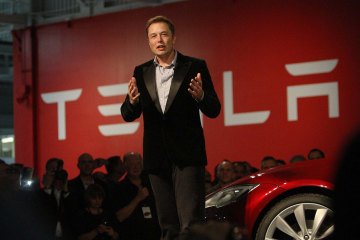 In investing, this type of behavior is referred to as ‘shorting’.

Musk tweeted: “I heard from multiple people at TED that Gates still had half-billion short against Tesla, which is why I asked him, so it’s not exactly top secret.”

A screenshot of Musk messaging Gates to ask this question was leaked online but the SpaceX billionaire says it wasn’t leaked by him.

Musk appears to have asked: “Do you still have a half-billion dollar short position against Tesla?”

Gates replied: “Sorry to say I haven’t closed it out. I would like to discuss philanthropy possibilities.”

Then Musk sent back this sarcastic reply: “Sorry, I cannot take your philanthropy on climate change seriously when you have a massive short position against Tesla, the company doing the most to solve climate change.”

Gates has previously spoken positively about Tesla and its work for greener cars but told the New York Times that Musk’s efforts were “easy stuff, like passenger cars.”

Supposed Tesla snubs have caused Elon to tweet angrily about Gates in the past.

When a Tesla fan tweeted about Gates buying an electric Porsche back in 2020, Musk replied: “My conversations with Gates have been underwhelming tbh [to be honest].”

Gates hasn’t made any public comments about Musk’s recent tweet.