PREGNANCY is often celebrated and embraced, but in some instances, this isn’t the case.

A young woman by the name of Lindsay Nicole shared a social media video recounting her teen pregnancy, and she wasn’t met with kind words.

As the video began, viewers got a glimpse of who is assumed to be Lindsay’s mother completing a night routine, brushing her teeth at the sink.

“My mom getting ready for bed on what she thinks is an ordinary night,” the text overlay of Lindsay’s recording read.

The video then cut to a clip of the young mom smiling and looking jolly, with text that read: “Me ready to become the family disappointment by telling her I’m pregnant at 14.”

“And that’s on teen pregnancy,” she jokingly captioned the social media post. 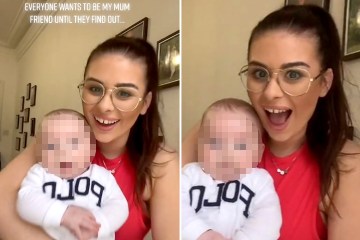 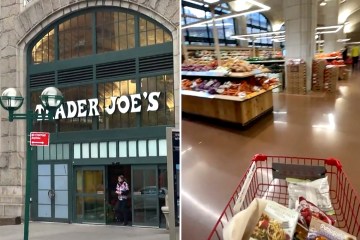 “Why are you laughing about it?” someone else wanted to know.

“Children having children,” added another.

“You don’t yet know how much you have lost. What a shame.”

“Don’t know why you’re laughing, you’re about to turn your mom’s world upside down.”

A deeply concerned person chastised: “I don’t get why this is funny to you. How the hell are you going to support yourself at that age let alone a child.”

“I’d be absolutely devastated if this was my daughter,” one woman shared.

“Ouch…. Was still into barbie dolls at that stage… Good luck,” a final person commented.