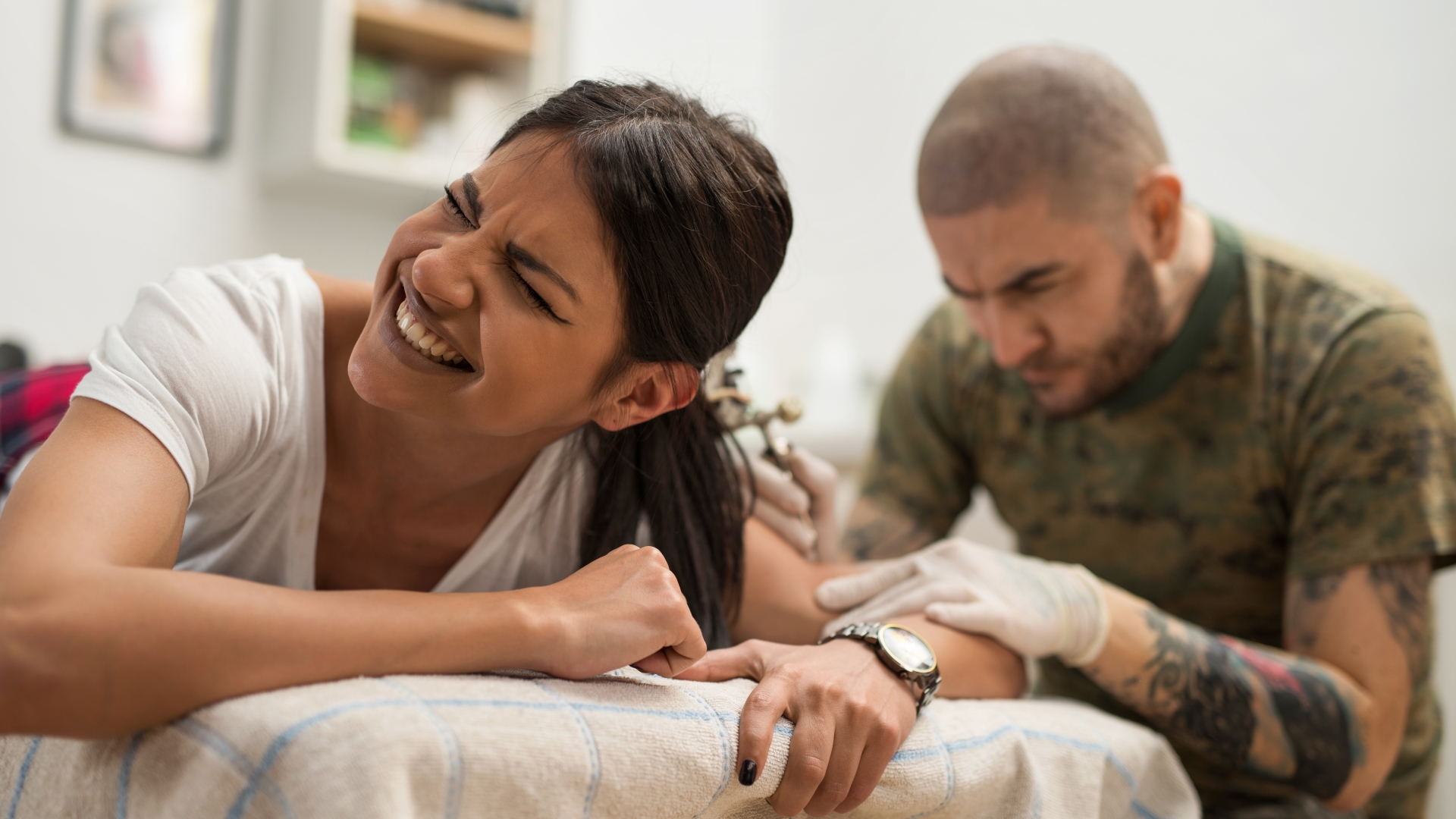 GETTING a tattoo is a generally painful practice, but the amount of pain depends on the size of the tattoo, as well as the placement.

One tattoo artist on TikTok says that whether or not a body part would make for a painful tattoo is totally subjective.

TikTok user @crocodile.jackson shared a video captioned “TATTOO PAIN 101,” where he speaks in front of a chart believed to show where on the body it hurts the most and least to get inked.

“A lot of the time, people will look at these charts to see what’s gonna be the most painful area to get a tattoo,” the tattoo expert says.

He went on to say that many people getting tattoos listen to other people’s anecdotes to figure out how painful certain tattoo placements were.

“But the truth is, it’s all subjective.

“There are so many different factors that go into what makes a tattoo more or less painful.”

He shares that he believes the biggest influence on the level of pain is the mindset that a person has before going in to get a tattoo.

A client’s level of nervousness along with the comfort that the tattoo artist provides can both influence a person’s mindset, which in turn affects the level of pain felt while under the needle.

He says in order to gauge the level of pain a client will be in, he asks them if they’re ticklish in the area they plan to get tattooed.

“Pinch yourself and feel what that’s like. That’s exactly what the tattoo is gonna feel like, just a little bit worse.”

Many TikTok users in the comments of the video shared their anecdotes of painful and not-painful tattoos.

“The underside of my forearm and the very edge of my wrist was on fire,” one comment said.

“But it’s all color and stuff. In the chair for 5 hours and it was worth it.”

“I fell asleep during my tattoos,” another boasted.

In other tattoo news, one young woman was mortified when she asked for a simple sun tattoo and left with a wonky design.

Another tattooist inked up his fingernails so that he can do it again once they grow out.