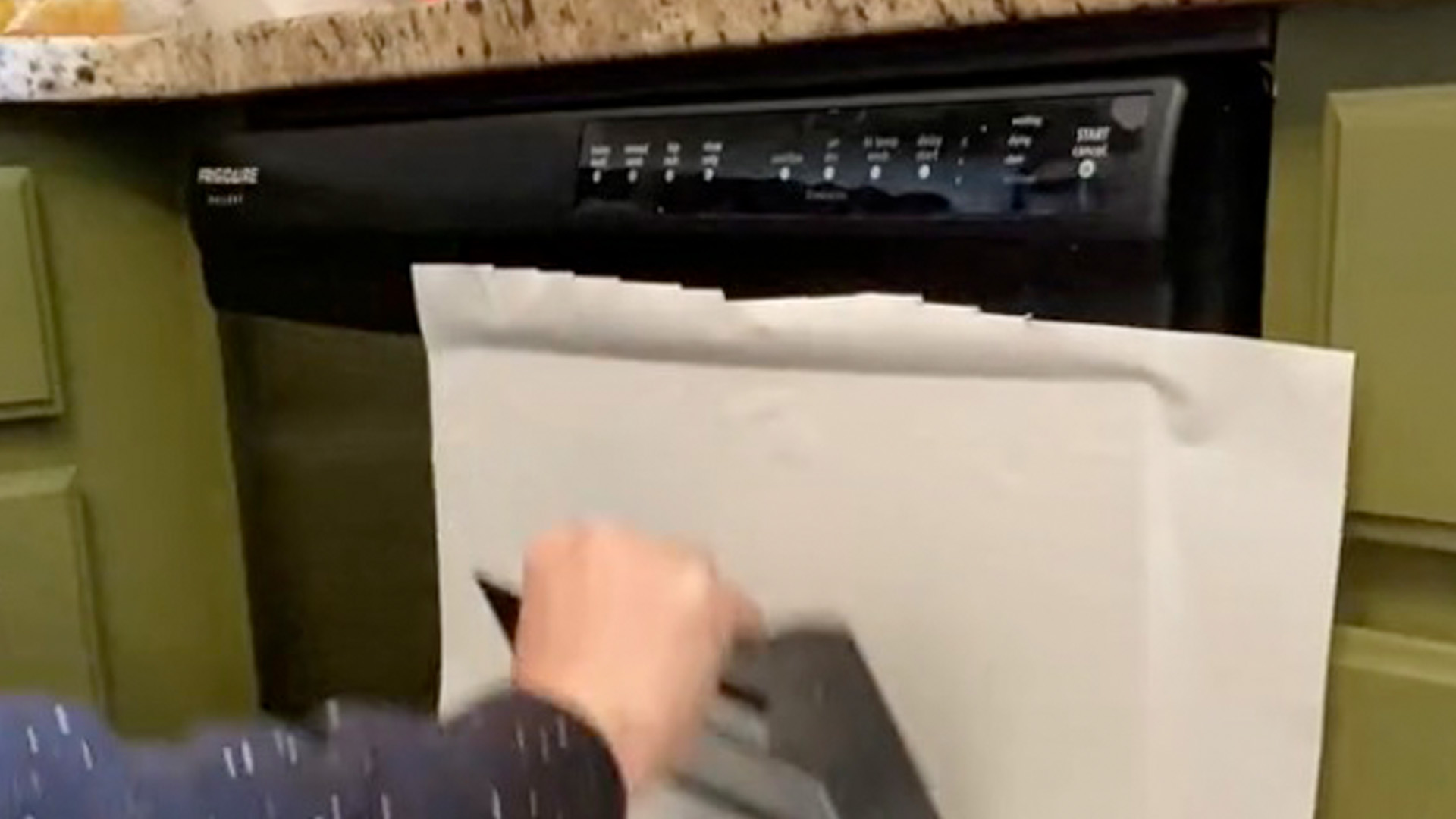 FOR apartment-dwellers, decorating your space may seem like an impossible task thanks to annoying landlords.

But luckily there are a few ways to get around those pesky rental rules.

If you’re hoping to add a touch of flair to your kitchen, you could choose to paint your dishwasher to match your cabinets.

In a video, a DIY fan named Meg, who runs the Baker.Blooms TikTok account, decided to paint her dishwasher an olive green like the rest of her kitchen.

The best part of Meg’s kitchen project is that it’s completely renter-friendly and cheap.

To start, Meg applied a layer of contact paper that only cost her $7.

She then painted a layer of primer, followed by three coats of the same cabinet enamel she had used before.

Her end result was a perfectly painted dishwasher that exactly matched her kitchen.

In the comment section, Meg wrote that the contact paper and paint have held up against the dishwasher’s heat so far.

She also wrote that contact paper isn’t necessary, but added: “I just wanted to experiment. Plus I wanna be able to remove it and change the color when I want to.”

Others in the comment section were totally impressed by Meg’s idea, like one who wrote: “Genius thank you for the idea.”

Another added: “That is an awesome trick. I may try that,” while someone else wrote: “Highly impressed by the final product!”

Meanwhile, another woman gave her rented kitchen a modern makeover using stick-on vinyl and poster board and it only cost her $22.

Additionally, an interior designer was able to transform her friend’s apartment with her cheap tip.