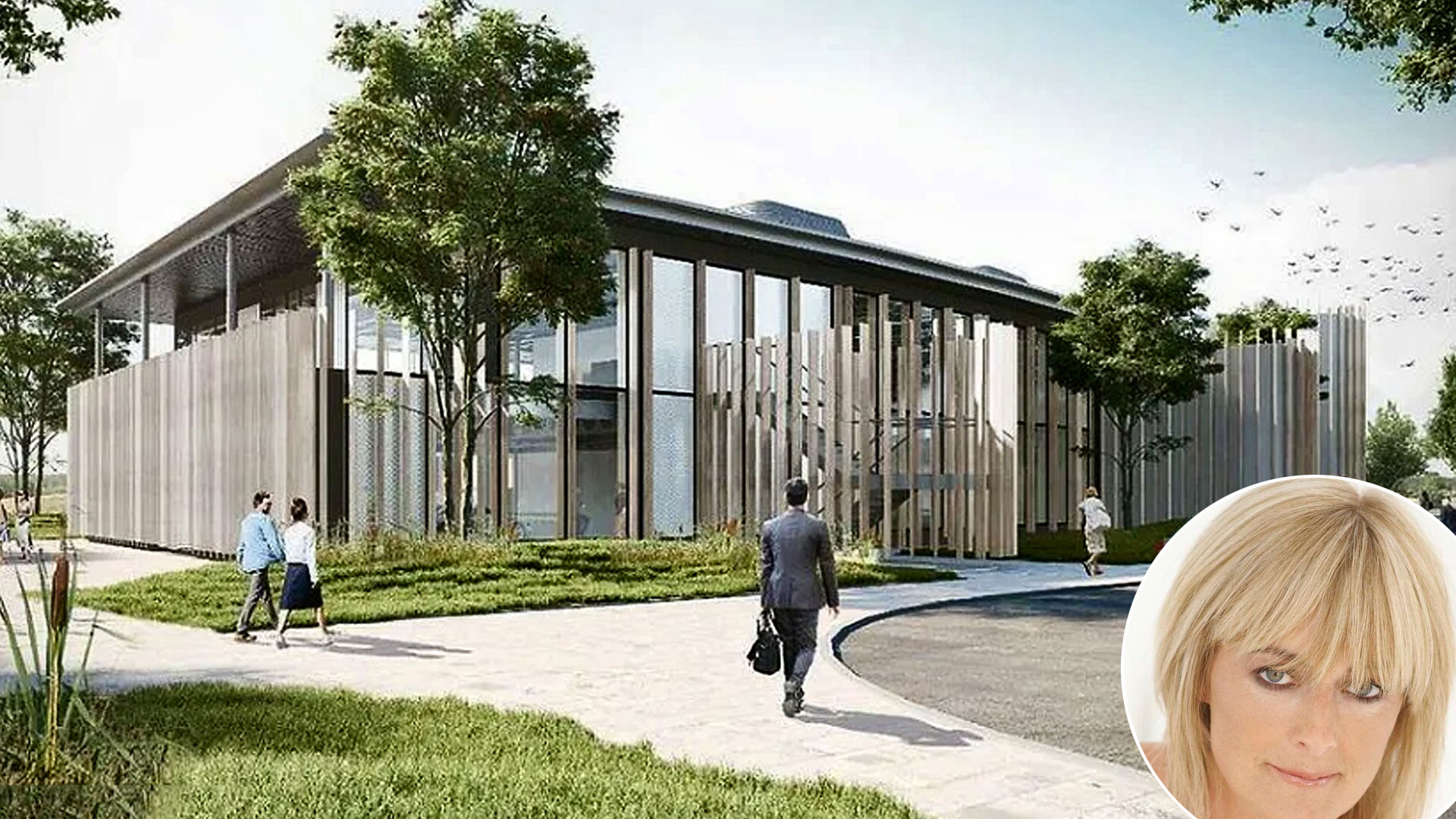 TAKE a look at this architect’s drawing of Cambridge County Council’s swish HQ — built in 2020 with £18million of taxpayers’ money.

Go there today and, despite the provision of 350 desks, those “workers” you can see are conspicuous by their absence.

A member of the public who visited the HQ last week was told by a receptionist that no one is working there “because of Covid guidelines”. Pathetic.

As Tory MP Jake Berry says: “We have seen Covid restrictions rolled back across the country and it beggars belief that the only place they haven’t heard about this is in Cambridgeshire.”

Quite. Yesterday, the council refused to provide details of how many staff are still working from home, yet one can bet that the majority of those absent are happily mixing with crowds at their local supermarket, shopping mall or pub.

The national picture doesn’t bear scrutiny either, with many government buildings sitting virtually empty as, in some cases, two thirds of employees remain working from home. 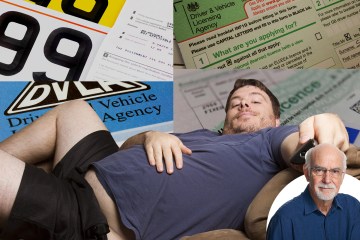 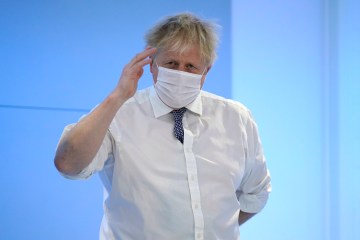 Yet the efforts of Brexit Minister Jacob Rees-Mogg to “force” civil servants back to work has been described by his Cabinet colleague Nadine Dorries as having the “whiff of something Dickensian about it”.

Perhaps Ms Dorries should read the letters pages of the nation’s newspapers, where barely a day goes by without readers bemoaning the amount of time it takes to get their passport, driving licence, power of attorney approval, you name it.

Outside of the twitterati (largely populated, one suspects, by those on the state payroll), there are plenty of ordinary working people on Rees-Mogg’s side — particularly if they leave the house to work each day because they have to.

The retail staff, the lorry drivers, the emergency services workers — to name but a few — who slogged on through the height of the pandemic because, had they stayed home, the country would have ground to a halt.

Or the self-employed who, unlike civil servants, don’t have the luxury of working from home while simultaneously enjoying all the employment perks of sick pay, holiday pay, expense accounts and a gold-plated pension.

Also, they often have to farm their childcare out to others, unlike certain WFH government employees who are reportedly reluctant to return to their desks because, lucky them, they reckon they can get work done and take care of their children at the same time.

The current productivity levels of some government departments might suggest otherwise.

Look, if WFH can be successfully achieved without affecting productivity, then I’m all for cutting out the misery of commuting.

But if that’s the case, why did Cambridgeshire County Council spend such an obscene amount of taxpayers’ money just two years ago on a grand HQ that doesn’t appear to be needed?

Equally, let’s flog off all those spectacular government buildings in prime positions across the country and plough the hundreds of millions they’ll garner into schools and hospitals.

And if civil servants are to be allowed the flexibility of staying home then their working rights should be brought closer in line with those of the self-employed who, in many cases, gave up employee status (and all the perks that go with it) because they wanted more flexible working arrangements to fit around childcare etc.

In the spirit of fairness, you can’t have it both ways.

GPs are set to vote on cutting their opening hours down to 9am-5pm. They’re open? Could’ve fooled me.

According to Russia’s Cosmopolitan magazine, “something has really changed” in the face of former Olympic gymnast Alina Kabaeva, who is rarely seen in public but was spotted at a charity event in Moscow last week looking, apparently, “noticeably prettier”.

The magazine added that Ms Kabaeva, 38, is one of the “most mysterious and secretive women in our country” and that it’s “not possible to accidentally see her on the street or in shopping centres”.

Though clearly those pesky spring moths know where she’s living.

SHARON OSBOURNE launched her new show on TalkTV this week and will base herself at the family’s UK home.

Husband Ozzy will join her this summer to enjoy fishing in the large grounds.

In an interview conducted while she was still in LA, she says: “He can live a life there that he can’t here. You get followed around, even at the doctor’s there are paparazzi outside.

“He needs to wander and be free. I know he’ll get peace there.”

Which, of course, is exactly what the, ahem, privacy loving Harry and Meghan would also have got had they chosen to stay within the leafy grounds of Frogmore House and enjoyed the royal protection that comes with being in the environs of Windsor Castle.

Instead, they chose to up sticks and move to the global centre of show business and all the 24/7 attention that comes with it. Go figure.

WE know that social media is full of fake news.

Be it words twisted to promote a particular political agenda or one of the Kardashians using body-altering filters, much of the content is not as it seems.

But US amateur pilot Trevor Jacob has taken trickery to new, er, heights by pretending his plane was in difficulty before deliberately crashing it for clickbait.

Tellingly, every angle of the drama was carefully recorded on multiple cameras and, after noting that Jacob was already wearing a parachute and the side door was open before the claimed engine failure, the Federal Aviation Administration concluded it was a planned stunt and quite rightly revoked his pilot’s licence.

LABOUR’S “levelling up” secretary Lisa Nandy has warned Sir Keir Starmer that voters want him to focus on tackling the cost-of-living crisis rather than obsessing over Partygate.

Hear hear. Particularly as the Labour leader is potentially throwing stones while standing in a glass house.

Picture the scene. While the rest of the country is in lockdown, you’ve been working all day with various colleagues when one of them decides it’s time for a little break.

Yet it seems that scenario B is regarded as entirely acceptable by participant Sir Keir while scenario A, involving the PM, is punishable by political death via a thousand cutting remarks from the Opposition.

Sorry, but I can’t for the life of me work out why they’re not being treated exactly the same way.

BRIDE BEFORE A FALL

AFTER Rebecca Short headed off on holiday to the US, her relatives enjoyed the photos she posted from Disney World, Florida.

But when she then shared her unexpected wedding snaps, they were less thrilled.

Her surprise groom is Manuel Ovante Jr, whose penpal profile says: “I’m easy to get along with and tend to be a goofball. Very loyal to people I care about.

“Nobody is perfect so I hope not to be judged by past mistakes.”

Sounds innocuous enough . . . until you learn that one of the “mistakes” was when he shot two men dead after he and his mates went to a house looking for drugs in 2008.

But this minor detail didn’t deter 26-year-old Rebecca from making the trip from her home in Chipping Norton, Oxon, to marry Manuel on death row in an Arizona jail.

She even brought along a cake that says: “Till death do us part.”

Well at least she has a sense of humour. Sounds like she’s going to need one.

THE world’s oldest person — 119-year-old Kane Tanaka, from Japan — has died. When asked in 2019 what was the moment she was happiest in her life, she replied: “Now.”

A lesson for us all, perhaps, to live in, and enjoy, each moment we’re still around.

ACTOR Kiefer Sutherland says he doesn’t own a computer because he doesn’t want to spend his time answering emails.

Nice idea. But unlike the rest of us, what’s the betting he has “his people” to do it for him?