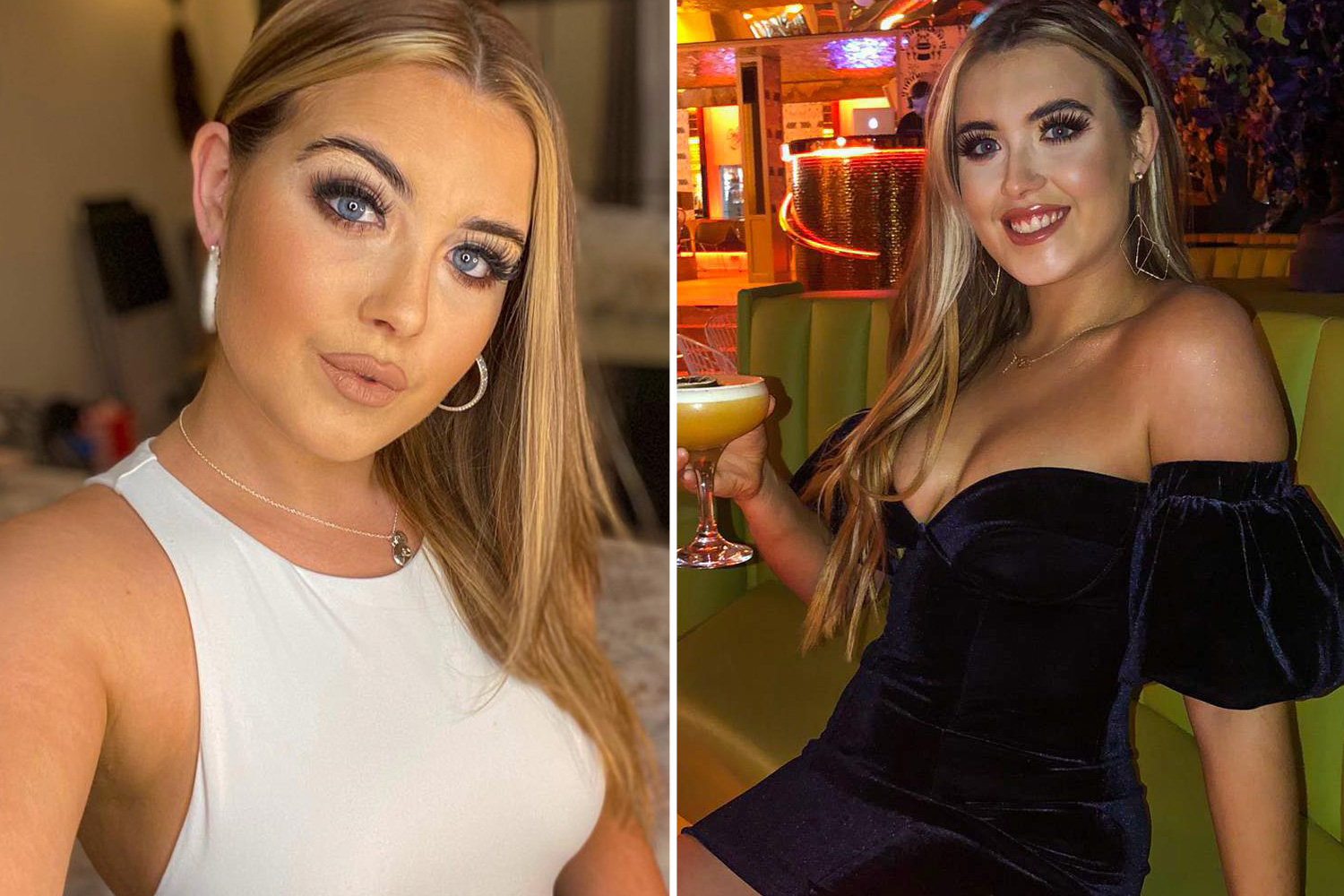 WHEN Megan McNeil started to have spells of diarrhoea, she was too embarrassed to tell anyone and kept it a secret for years.

The 17-year-old was also passing blood when going to the loo and was having to get up during the night to use the toilet.

Now 21, Megan has spoken out about her diagnosis of ulcerative colitis after it took months for her illness to be picked up.

She was in and out of hospital trying to control the illness, and woke up one day to find she had been in surgery and had been fitted with a stoma bag.

Ulcerative colitis is a form of colitis that is caused by autoimmune inflammation (the body attacking itself), whereas colitis can be caused by a number of factors including infection.

Megan, who lives in County Antrim, Northern Ireland, revealed how she had been going on a trip to New York when her mum found blood in the toilet.

Immediately her mum got her an appointment for when the then 17-year-old returned and she was sent for a flexisigmoidoscopy.

After being examined, Megan was first diagnosed with Proctitis, which is inflammation of the lining of the rectum.

The teenager was given anti-inflammatory medication and sent home.

But over the next three months her condition got worse and Megan said she was bleeding uncontrollably and had to get up out of bed to use the toilet 15-20 times in an hour.

Speaking to BelfastLive, Megan said there were times she didn’t even make it to the toilet.

“It was soul-destroying at times.

“I had so much fatigue and slept everywhere I could, my mouth was filled with ulcers, and I was in constant pain.”

Megan then returned to her GP once more after noticing she had drastically lost weight and said she looked like ‘skin and bone’.

The doctor took one look at her and sent her straight to A&E where she was placed on an IV.

She said medics thought there was an issue with her appendix, so had been sent to hospital for surgery.

But when she arrived they realised that wasn’t the issue and Megan passed out from her pain and a drop in blood pressure.

What is Ulcerative Colitis

Colitis is a condition where the colon and rectum become inflamed.

The colon is the large intestine, or bowel, and the rectum is the end of the bowel where stools are stored. Ulcers can develop on the colon’s lining and bleed and produce pus.

Ulcerative colitis is a form of colitis that is caused by autoimmune inflammation (the body attacking itself), whereas colitis can be caused by a number of factors including infection.

Ulcerative colitis is similar to another condition which causes inflammation of the gut – Crohn’s disease.

Symptoms can often be very mild for weeks or months but flare ups with extreme symptoms can cause a lot of pain and trouble for sufferers.

Flare ups can include painful and swollen joints, mouth ulcers, areas of painful, red and swollen skin and irritated and red eyes.

In addition to this people will often need to empty their bowels six or more times a day and have shortness of breath, a fast or irregular heartbeat, high temperature and blood in stools.

Stress can be a factor as can a gut infection.

It was then she was diagnosed with ulcerative colitis.

This was four months after Megan’s first appointment, and she had to spend a month in hospital while medics tried to control her symptoms.

For the next year Megan was in and out of hospital, but no drugs were able to control the illness.

Her body shut down and she woke up with a stoma bag.

“I was going to die if I didn’t have that surgery, and my consultant told me he would probably need to do more in the next five years and was giving me a chance to build my body back up and to let me have children as my next surgery was going to reduce my chances of being able to conceive and carry by 50 per cent,” she added.

She needed another surgery a year later which left her unable to wash herself.

Now she is trying to raise awareness of the condition and said it doesn’t just affect your bowels.

Megan said her condition has meant her chances of being a mum have decreased.

Now Megan says she wants to be the ‘big sister figure’ for other people in her situation as she felt a lot of information that is available on her condition is aimed at older people.