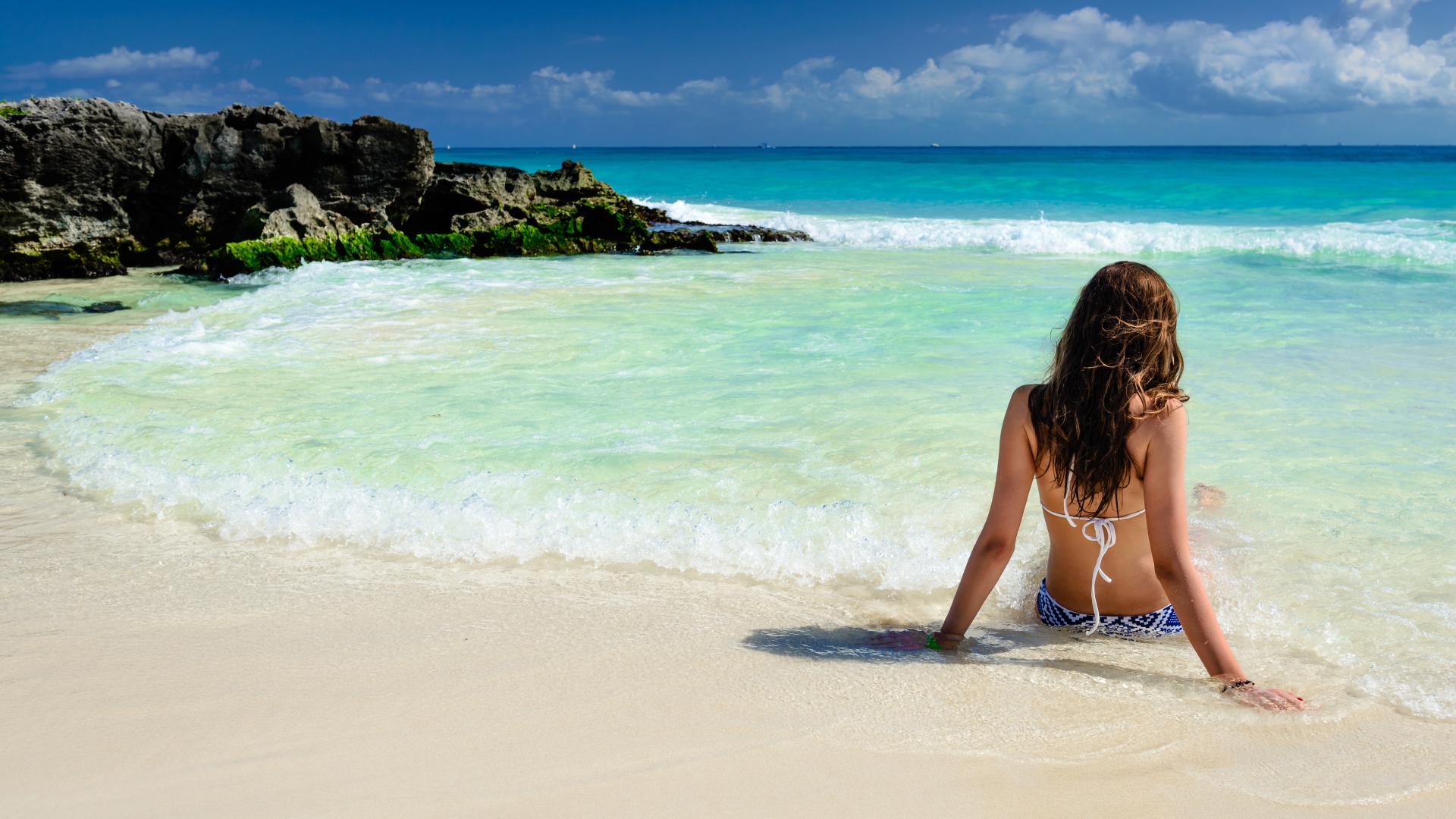 AFTER two years of travel chaos, there is a lot of catching up to do.

So why limit yourself to exploring a single destination when you could visit two at the same time?

As well as rolling two holidays into one trip, you could also save a fair amount on ticket costs.

Here, SOPHIE SWIETOCHOWSKI picks out some cracking deals for two-centre holidays in this country, Europe and beyond.

TEMPERATURES reach a sizzling 35C in Dubai around October time.

And you can be in the perfect spot to soak it all up from your sun lounger at the Four Points by Sheraton Downtown Dubai.

The hotel has a rooftop swimming pool offering top-notch views of the Burj Khalifa skyscraper. 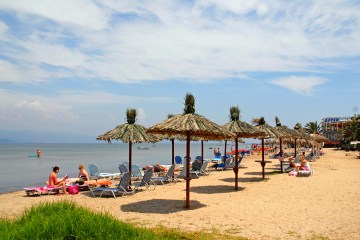 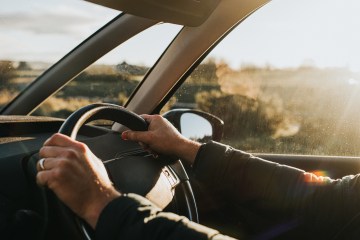 Enjoy three nights’ B&B here, before venturing to the nearby emirate of Ras Al-Khaimah, home to the world’s longest zip wire, the Jebel Jais Flight, which carries thrill-seekers over dusty mountain peaks at speeds of up to 90mph.

You’ll be spending four nights’ B&B at the 4H Hampton by Hilton Marjan Island, right on the beachfront and with a luxury spa.

The seven-night package costs from £901pp, based on two adults sharing and including flights from Heathrow on October 1.

COUPLES wanting a blowout trip can splash the cash in Mexico on a 14-night all-inclusive adventure, tucking into top cuisine and exploring ancient ruins.

Kick things off in Cancun at the beachfront Hard Rock Hotel, where you need not lift a finger.

You can get food delivered straight to the hot tub in your room.

Just as plush is the Hard Rock Hotel Riviera Maya further south, which has a snorkelling sea cove and five pools, six bubbling Jacuzzis and a huge spa.

If you fancy exploring, head to the port city of Tulum and roam the rocky ruins or take a dip in the crystal clear waters of the Yucatan Peninsula.

The package costs from £2,490pp, including flights departing Gatwick in November and transfers.

IF blissful days sunbathing on soft sands and warm nights roaming the cobbled streets of Rhodes sounds like your cup of tea, this seven-night island-hopping trip is the one for you.

You will be staying in rustic villas and trendy apartments but it is unlikely you will spend more than a few hours inside them.

Not with Old Rhodes Town right there on your doorstep.

Venture beyond the medieval city gates and meander the labyrinth of narrow streets, filled with boutiques and small restaurants serving authentic Greek cuisine.

Then travel to the small island of Halki, where pastel coloured houses line a crescent shaped bay.

The seven-night deal costs from £639pp on a mix of self-catering & B&B basis, including flights from Gatwick in summer, ferries and private transfers.

Holidaymakers can immerse themselves in a blend of French and British culture on this seven-day adventure to Jersey and Guernsey.

Spend three nights’ half-board at the 3H Hotel de Normandie which sits in the heart of Jersey’s capital St Helier, where cobblestone streets are lined with quaint pubs and cafes.

After that you’ll sail to Guernsey, from where you can join an excursion to the isle of Sark, known to many as the “crown jewel of the Channel Islands”.

Its skies are so dark you won’t even need a telescope to admire the sparkling stars.

Seven nights’ half-board costs from £839pp, including ferry travel, a horse and carriage ride to Sark’s La Seigneurie Gardens and flights from Gatwick, Southampton or Bristol on September 30.

WHISK the whole family off to Paphos – the mythical birthplace of Greek goddess Aphrodite – for three nights and head straight to Coral Bay, where the shallow waters are perfect for paddling tots.

The Ithaki amusement park, which has a mini golf course older kids will love, is a ten-minute walk away.

Private transfers will then take you for four nights to the peaceful fishing village of Latchi, which is ideally located among some of the best walking trails in the country.

If you are all about relaxing, the beachfront Souli hotel, where you will stay, sits at the foot of the Akamas mountain range, boasting panoramic views of the rugged landscape.

The seven-night trip costs from £459pp, combining self-catering and B&B stays, including flights from Gatwick in summer and private transfers.

THIS 14-night trip takes in some relaxing island-hopping and visits to white pebble shores as well as ticking off key spots along the striking Dalmatian Coast.

Expect cracking seafood – plucked fresh from the ocean – postcard-worthy beaches and remarkable architecture as you explore the city of Split and its surrounding islands, including Brac, a 50-minute ferry ride away.

Holidaymakers can pick their accommodation, which ranges from the budget-friendly Bluesun Alga in Igrane to the beachfront Le Meridien Lav.

The latter has an impressive infinity pool looking out towards the clear blue ocean.

The TUI holiday costs from £820pp for two people on a B&B basis, including flights from Gatwick on September 5 and transfers.

YOU really will get more bang for your buck on this two-week break as you travel across two countries and sail through the Mediterranean Sea.

Begin your trip on the Italian island of Sardinia at the 4H Hotel Rocce Sarde, perched on the peak of a hill.

Here you can potter about the pretty town of San Pantaleo, just over a mile from the hotel.

Then grab the ferry over to the picture-perfect French island of Corsica, renowned for its sandy white beaches and clear, turquoise waters.

Check in to the Hotel San Giovanni, a charming family establishment in Porto Vecchio, where sandy buildings are sheltered by ancient trees.

The 14-night B&B package costs from £1,496pp, including flights from Gatwick, ferry travel and car hire.

THE best way to soak up the Unesco-designated city of Porto, with its winding streets and brightly coloured houses, is on foot.

And you can do just that on this four-night Portugal tour.

First get stuck into city life, spending casual days sipping on iced coffee at traditional cafes and taking in the historical buildings scribbled in street art.

Then swap it for the rural landscapes of the Douro Valley.

You’ll spend your nights in a stylish hotel, housed in a 16th century building, as well as a rustic manor house with a small, but brilliant, restaurant.

The trip costs from £680pp, based on two sharing, including four nights’ B&B, two dinners, transfers and a guided visit of working winery Quinta de la Rosa. Flights are not included.