PRINCE Harry “vented” about William years before Megxit and became jealous of his older brother’s conservation work, a royal biographer has claimed.

Tina Brown, the author of a bombshell new book on the Royal Family, says the Duke of Sussex grew “angry” as he felt William was “hogging the best briefs”.

According to the expert, Harry’s frustration with William began long before he announced he and wife Meghan Markle would be stepping down as senior royals in January 2020.

Almost a decade prior, Mrs Brown claims Harry “vented” about William to his then-girlfriend Cressida Bonas, who he dated for two years from 2012.

Writing in The Palace Papers: Inside The House Of Windsor — The Truth And The Turmoil, Mrs Brown claims: “When he wasn’t venting about William, he was pouring out resentments about Charles,’ Brown writes.”

The biographer says the relationship between the two brothers became strained before Meghan Markle came on the scene, as they held a rivalry over their joint interest in conversation. 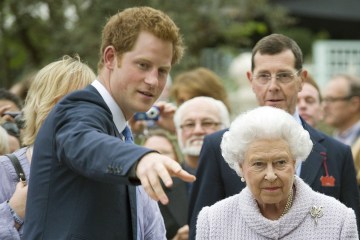 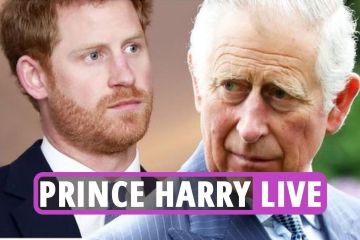 “Friction between the brothers escalated over their professional alignments,” Mrs Brown writes in the book.

“William knew he had to be respectful of hierarchy when it came to his father’s ownership of the environmental platform, but he was less willing to accede to his brother.”

According to the royal expert, Harry was upset that William had been patron of the rhino and elephant charity the Tusk Trust since 2015.

She quotes a friend of the siblings as saying: “Harry was a very, very angry man.

“I think those were absolutely Olympic rows.”

Mrs Brown also has claimed the Sussexes are “addicted to drama” – and one day the duke will “wake up” and realise he’s living in Gwyneth Paltrow’s Goop.

Speaking to the Telegraph, Mrs Brown said the pair can’t stop creating dramatic scenes wherever they go – claiming they appeared to be “addicted to drama”.

And she warned the duke has been “completely and utterly taken over by Meghan and his whole personality has changed”.

“I do question how it will end,” she added.

“[Maybe] he’ll wake up and realise he’s living in Goop and he has to get the hell out, go down the pub and see his friends.”

Meanwhile, Prince William and Kate Middleton put on a brave face this week after Harry snubbed the Queen in an explosive interview.

The Duke and Duchess of Cambridge visited the Disasters Emergency Committee HQ in London on the Queen’s birthday on Thursday.

Their visit came hours after Prince Harry sparked a fresh row by announcing on US TV that he is “protecting” the Queen.

The Duke of Sussex claimed on NBC Today he was ensuring Her Majesty has “got the right people around her”.

William avoided questions about brother Harry’s comments on US TV about “protecting” the Queen.

Palace aides were left reeling by the “breathtaking arrogance” of Harry, who until last week had not seen his gran for more than a year.

In comments beamed around the world, Harry, 37, said he was not sure whether or not he would take up the invitation to attend Her Majesty’s Platinum Jubilee in June — blaming “security issues” and “everything else” for his indecision.

In the interview with presenter Hoda Kotb at his Invictus Games, the father of two also revealed private details of his and Meghan’s secret “clear the air” conversation with the Queen and Prince Charles at Windsor Castle last Thursday.