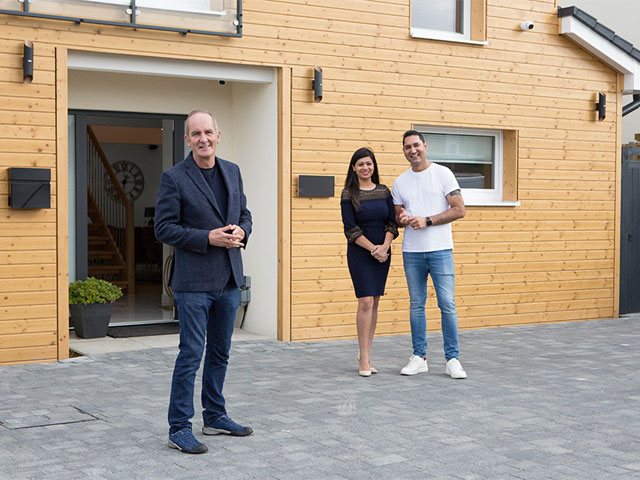 The Channel 4 show gave fans a look into the Oxfordshire home build, which was set to be a breeze, given it was a ‘ready built’ house.

After selling their previous property in Slough, they opted for the modern take on a self-build, and had a budget of £500,000

They’d found a Polish company to create their home, which is made entirely off-site and sent over to the UK.

It was shipped over to England ready to assemble in a matter of days.

Host Kevin was blown away by the concept, which he called “glorious”.

However, fans of the show watching at home weren’t impressed with the design.

One wrote: “Half a mil and your house turns up on the back of a lorry.

Another agreed: “If I were spending that much on a house I would want more outside space.