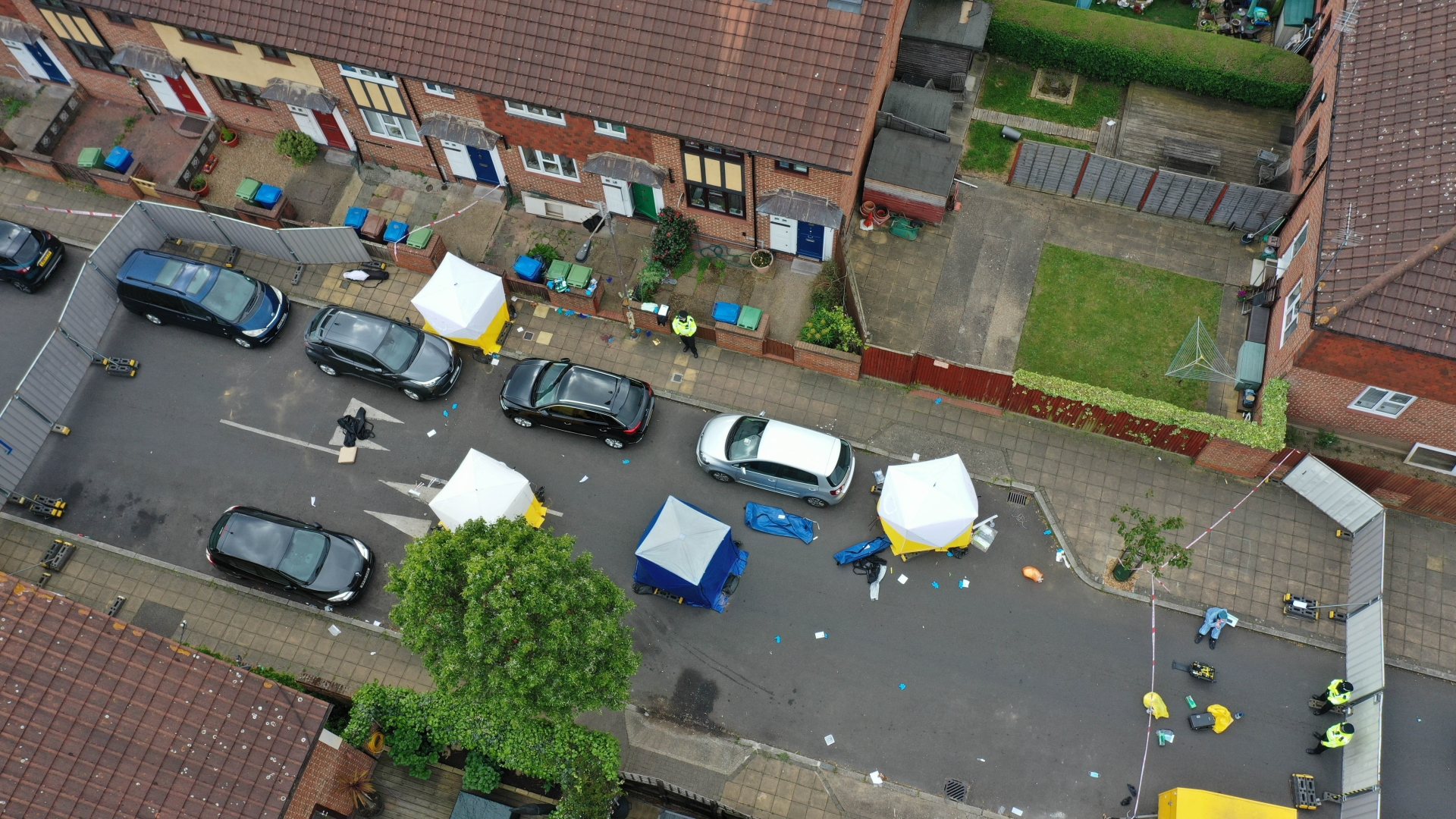 FOUR family members were slaughtered by a knifeman in a “bloodbath” in their home early yesterday.

Hospital domestic Dolet Hill, 64, her long-term partner, daughter and granddaughter all died in the 1.30am horror, a relative revealed.

Police arrested a man in his late 20s — who was known to the victims — at the house and last night he was being quizzed on suspicion of their murders.

Dolet, originally from Lyssons in Saint Thomas, Jamaica, was undergoing treatment for cancer, it has emerged.

Armed officers burst into the three-bed house and found the stabbed victims. 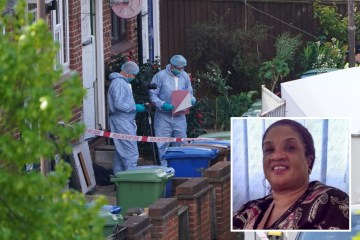 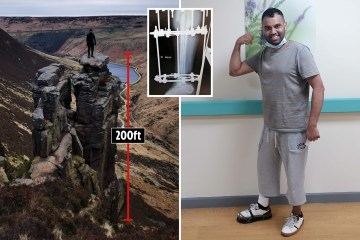 Tracey Henry, another of Dolet’s daughters, is said to be “devastated” by her loss.

A friend said: “Tracey is absolutely devastated right now, she can’t talk to anyone.

“Why it happened we just don’t know. It’s a really bad time for us all.”

Police erected four forensic tents on the street outside the home which is close to Millwall FC’s ground.

“She worked very hard in this country to support her two girls and her two grandkids. She does not deserve this.”

Samantha was staying for a week while her flat was being renovated and redecorated.

Friend and neigbour Rudra Brahmbhatt, 17, told MailOnline: “Samantha is having some work done to her flat and is having the bathroom and hallway redecorated.

“She didn’t want to stay in the flat while the work was being done so the last thing she said to me was ‘I’m going away for a week, I’ll see when I’m back’. She took her cat and left.

“I thought nothing of it until this morning when the police turned up. It was about 7am.

“A few of the officers knocked on our door and asked if we knew where Samantha was and if we had any contact details for her.

“I gave them her number and then rang the number myself – a few times today – but there has been no answer.

“She has been living in the block for about five-years.”

She said Samantha was “really friendly”, while another neighbour added: “She is really popular in the block because she is someone who always stops to talk to you and ask how things are.”

One friend who had known Dolet for 23 years said she was a dedicated churchgoer who helped children in Africa.

“Dolet used to go on charity missions to Ghana and give children who’d lost their parents clothing, food and toys.

“She was a keen churchgoer and would help anyone who needed it.”

Another neighbour said: “She was a lovely lady, she worked at Guy’s Hospital as a housekeeper. She was also having treatment for cancer.

“I can’t believe this has happened.

“I live close to her and didn’t hear a thing until I saw all the police this morning outside her house.

“I know she has two daughters.

“My heart goes out to her family. It’s such an awful, awful thing to happen.”

One neighbour said she heard screaming before cops dashed to the street.

“I was watching telly when I heard a woman screaming for about five minutes,” they said.

“It was awful. When I heard the police, the helicopter and ambulances I knew it was really serious.

“The police were armed. They surrounded the area.”

Another local said: “Loads of police and paramedics worked on the victims outside. It was carnage.”

Met Chief Supt Colin Wingrove confirmed the victims died at the “dreadful” scene despite the efforts of police and paramedics.

He confirmed a man was arrested at the home on suspicion of murder and said detectives were not seeking anyone else.

He added: “We believe all those involved may have been known to each other.

“This is a terrible incident. Such terrible events are rare, but I know that will not diminish the shock that will be felt across London and the wider country.”

London Mayor Sadiq Khan said: “My thoughts are with the family and friends of those who have lost loved ones in this awful crime.”