EXPERTS think they’ve come up with a way for WhatsApp to solve one of its biggest problems – scams.

Junk messages devised by fraudsters are an issue for the platform, causing some victims to lose thousands.

The tight security of WhatsApp, due to end-to-end encryption, make it difficult to detect any malpractice, unlike other open services.

But researchers believe they’ve found a fix that could stamp the problem out.

They analysed a massive 2.6million messages from more than 5,000 public WhatsApp groups about politics.

It’s in these sorts of places where about one in ten texts are dodgy. 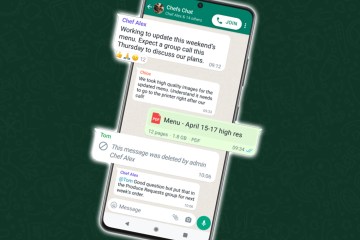 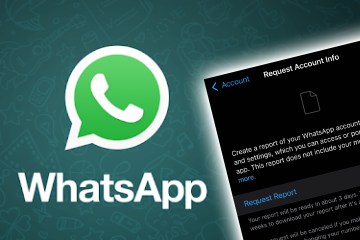 From there, they looked for patterns in content, web links and spam messages.

Job adverts made up the most amount of junk at almost 30 per cent.

So-called “click and earn” – where people are told they can get a reward – items for sale and gifts in return for subscribing to something online also made the bad list.

The problem is, spammers are quite clever, as they post in many groups and like to appear and disappear a lot to avoid being found.

But researchers say the major sign to look out for is URLs and phone numbers.

Nine in 10 junk messages contained one or both, so they built a system to root spam out based on this.

While it won’t solve the issue entirely, it could help WhatsApp admins quickly detect possible scams and remove them as soon as possible.

“Eliminating unwanted messages is key for improving information consumption for people who are bombarded by spam and for reducing users’ economic concerns,” said Assistant Professor Kiran Garimella, from the Rutgers School of Communication and Information.

“Our methods are very practical and applicable.

“WhatsApp can apply them to stop the spread of spam in their groups, and our techniques can be used on the platform centrally while still respecting the end-to-end encryption guarantees WhatsApp offers users to protect their privacy.”

Of course, it’s now up to WhatsApp to decide if it wants to look at their findings and put it to use.

The research was published on arXiv.