A FREQUENT flyer has revealed how she gets upgraded from economy to business class without having to pay for it.

TikTok user Louise Truman shared the piece of advice, which she said worked 50 per cent of the time.

In her video, captioned “how to ask for a free upgrade,” she told her thousands of followers that it was all about asking in the correct way.

She explained: “Simple and polite: ‘Are there any opportunities for free upgrades today? It’s a dream of mine to fly in business!'”

She also had another way to do it – by offering to fly on a different flight.

She continued: “Volunteer for an inconvenience: ‘I know this is a busy route, I’m happy taking the next flight if you’re able to upgrade my seat!’.” 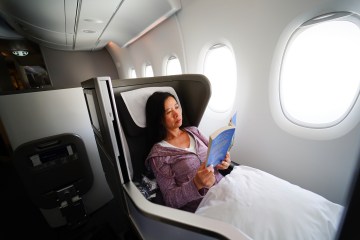 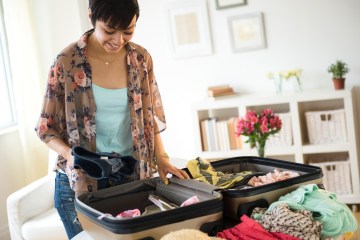 However, timing is key, as she said she asked flight attendants only when she had already boarded the plane.

One person said: “I’m going to try this on my next flight.”

When people asked how often this has worked for her, she said it was about half of the time, adding: “I’ve had 3 out of 6 long haul flights in the last year upgraded.”

She isn’t the only one to get free upgrades while travelling.

One woman has revealed how she gets free flights, food and five-star hotels when she travels – saving a fortune.

And a flight attendant has revealed why sitting at the back of the plane means you’re more likely to get upgraded to first class.

Travel experts have shared their tips on how to bag free upgrades in other ways too.