SEAN DYCHE is already looking forward to his next job as he broke his silence over his shock Burnley sacking.

The 50-year-old hailed ‘truly incredible times’ in his ten-year reign and thanked Clarets’ fans for their ‘kindness’.

But in a long, dignified statement –  released via the League Managers Association – he only had positive things to say.

The former Watford chief said: “I would like to thank the people of Burnley and fans of the club for their incredible kindness and support since I joined the club in 2012.

“The town has become a huge part of my life, and myself and my family thank you for everything we have all experienced together during my time as manager. 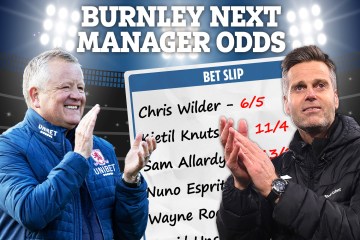 “Amongst the many challenges, there have been some truly incredible times, which are never to be forgotten.”

Dyche twice took Burnley into the top flight and qualified for the Europa League in 2018 – the club’s first time in European football since 1967.

And after thanking players past and present for their ‘hard work and commitment’ he added: “The memories of promotion campaigns, European travels and competing against some of the best teams in the world will always stay with me.”

He kept any anger or surprise over his dismissal to himself as he added: “I would also like to thank the directors and owners who I have worked with for their help over the past decade.

“The club has changed so much during this time, with improvements across the infrastructure, training ground and academy ensuring the future of the club is protected both on and off the pitch.

“The successes and building process from where the club was, to where it is now has been by no means by myself.

“The help of so many people has made it happen and I thank them all, particularly my football staff who have worked so diligently over the years.”