A DOUBLE amputee crawled up the UK’s highest mountain in just 12 hours.

The dad of two, of Widnes, Cheshire, said: “It was a very hard challenge which left my knees and back very sore.

“But I made the decision to crawl because I wanted to get people’s attention.

“It was gruelling and at times it was quite emotional, but I just kept going.

“I was made up when I completed the challenge and to help raise funds to give amputee children the holiday of a lifetime.” 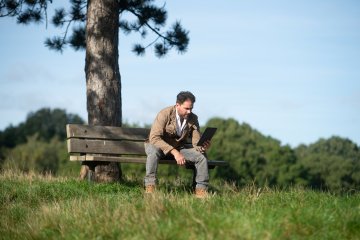 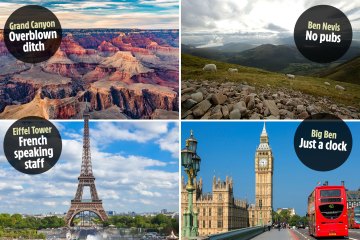 He raised £5,000 for Amp Camp, a charity providing holidays to amputees.

Mr Ellis added: “I knew it would be very hard.

“I had walked it before so I made the choice to crawl.

“I wanted to make get people’s attention and show what amputees can do.”

Mr Ellis says he has no plans to stop his missions – because he “believes in” the amazing charity, Amp Camp.

He said: “When I went to Amp Camp it was out of this world. I had never even been in the sea before!

“I know it’s an amazing charity because I know what they do.

“I have done it myself and I want to raise awareness.”