THE CAREER of superstar singer Monica Denise has kept her in the spotlight ever since she rose to prominence during the 1990s.

Not only are Monica’s music releases the subjects of several headlines, but her past relationship with rapper C-Murder also attracts media attention as well.

Did C-Murder and Monica Denise date?

Monica and C-Murder’s relationship timeline dates back to the 1990s.

The two were introduced to each other through their mutual friend, Foxy Brown.

The pair dated for an undisclosed amount of time during the later part of the decade.

Years later, Monica and C-Murder posted photos of one another on social media and gave each other multiple shout-outs. 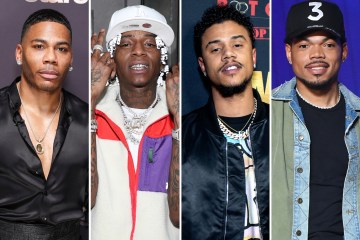 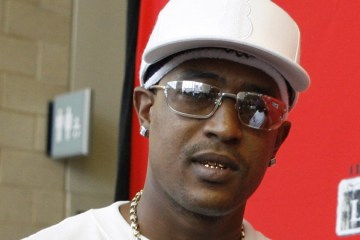 The camaraderie over their social accounts resulted in fan speculation about whether or not the two performers rekindled their relationship.

On April 18, 2022, the singer posted a black and white picture of herself with the incarcerated rapper on her Instagram page.

One fan commented: “This is her soulmate… I don’t care what happens. They are going to find their way back to each other and I LOVE IT!”

A second fan said: “If ‘imma stick beside him’ was a person.”

most read on celeb relationships

“You been in love with him for so long. It’s all starting to make sense now,” concluded another user.

The comments section of the post also featured replies from fellow celebrities such as Ludacris, Lala Anthony, Erykah Badu, Da Brat, and others.

What has Monica Dennis said about her relationship with C-Murder?

On September 1, 2020, Monica shared the nature of her continued friendship with C-Murder, as well as details about his prison sentence.

During an interview with V103 Atlanta, the singer said: “I’m very serious about helping him to become free.”

“And this isn’t a contingency about anything pertaining to me. And I was disappointed that the narrative ended up going in that direction.”

Monica added: “Because the truth is, the goal is just simply that…So this wasn’t about [a] relationship. This was about freedom.”

“I could care less about who else has been in his life because right now he is property of the state of Louisiana and until that changes, I don’t care about anything else.”

What is C-Murder’s net worth?

Not only do they both hail from New Orleans, Louisiana, but the two rappers are also brothers.

According to Celebrity Net Worth, C-Murder accumulated an estimated net worth of $100k.

In March 1998, he released his debut studio album, Life or Death.