CORONATION Street star Mille Gibson has stunned fans after showing off her impressive physique during a gruelling gym workout.

The 17-year-old actress – who plays druggie teen Kelly Neelan in the ITV soap – has certainly been pushing herself in the gym as of late.

Taking to Instagram, the blonde bombshell took part in a series of intense workouts in the gym – and they’re certainly not for the faint-hearted.

Millie showed off her gym versatitlity with her 112k followers on Monday evening, as she worked on her arms, shoulders and legs.

Taking to the apparatus like a seasoned pro, the rising star can be seen mastering the sled push – an intense exercise that combines the perk of strength training with cardio.

Later on, the teen worked on defining her lower legs by extending them outwards on a weights machine – and she barely even broke a sweat. 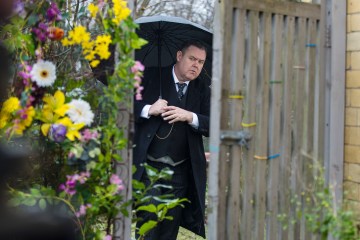 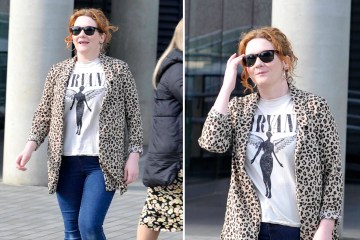 Earlier this month, Mille was all smiles as she took her workout outdoors during the bright spring weather.

In the snap, she can be seen with her hair slicked back away from her face and posed for the snap with her sunglasses on her head.

“First 5k outside in a while,” she happily shared, as she posed without any make-up while wearing her running gear.

The Corrie star nortably took to social media last month after she posted a pic of her trying to impersonate none other than Pamela Anderon.

And she certainly looked worlds away from her cobbles character while wearing a leather corset and lashings of make-up.

Millie wowed as the Playboy star in snaps on her Instagram Story in which she even tagged the Baywatch legend.

Paying homage to the Hollywood siren, she pouted and styled her bleach blonde hair in waves making her look just like Pammy.