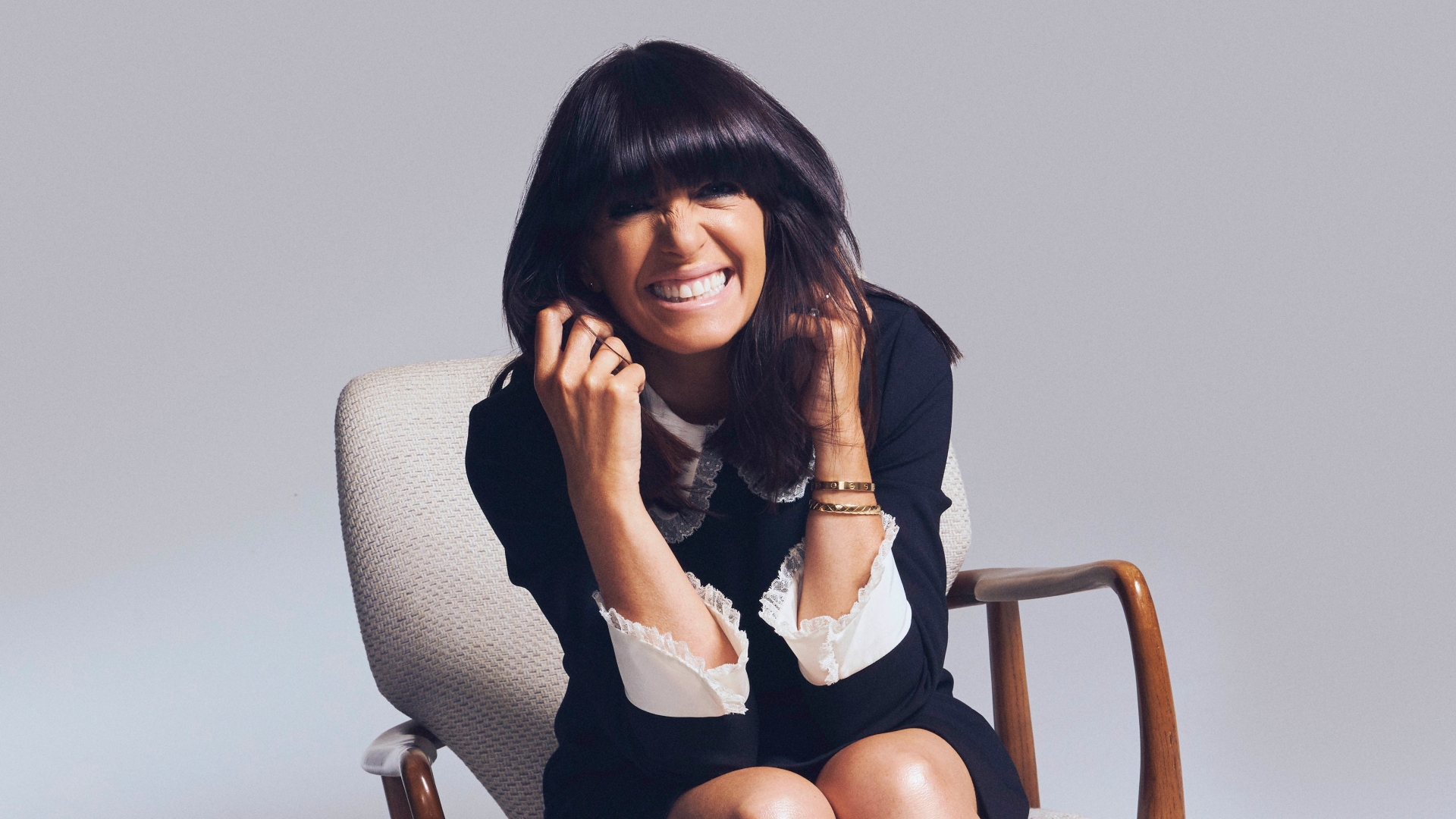 WITH her glowing tan, lashings of eyeliner and a chic clothes, Claudia Winkleman makes up one half of the most glamorous duo on primetime telly.

But the 50-year-old host of Strictly says it’s her famous fringe that has got her where she is today – and claims without it, she was a “virgin” who looked like a “little dinosaur”.

Claudia says: “People ask, ‘Did you always have a fringe?’. And yes I did.

“People ask what I am hiding with my fringe — and it’s a massive forehead that is repellent.

“I was born with six extra teeth like a little dinosaur. When people saw me smile they screamed.

“But when I was 21 and a virgin, I got my fringe and everything started happening.” 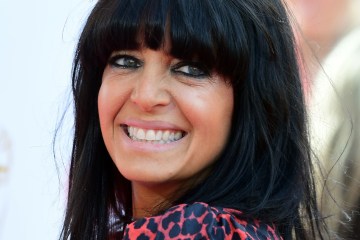 Claudia, who has children Jake, 18, Matilda, 15, and Arthur, ten, with husband Kris Thykier, film producer, has come a long way since then.

Her first major role was in her early twenties when she became a regular reporter on long-running BBC travel show Holiday in 1991.

Satellite channels and companion shows followed until she was finally called off the showbiz subs bench to replace Cat Deeley on the Beeb’s talent show Fame Academy.

Then on November 14 2009 she stepped in to cover Bruce Forsyth on Strictly Come Dancing while he was on sick leave.

It proved to be the substitute shift that would turn Claudia into a Saturday night superstar.

But she reckons she’s still the same girl at heart.

She said: “I have always been addicted to fake tan. I like being orange, I think it is because I was born in 1972, I am an eighties kid so everything was like ultra glow.

“Everything was about being bronze and I don’t go in the sun ever. I never leave my house but I like being orange.”

It turns out Claudia is pretty decisive on every aspect of her image – all thanks to one simple mantra, which she shared as she chatted at the first night of her Behind The Fringe UK tour in Guildford.

She said: “When you leave the house just think ‘What would Kate Moss do?’ If she would be happy then you can be happy.

“These are the things I want you to do. Great boots, thank you Kate, skinny jeans, again thank you Kate. An oversized coat, Kate knows what she is doing.

“Not a thin, polite scarf but a big thick one that has to be wound around eight times.

“And eyeliner: lets not do polite eh?

“When you put it on and think ‘That is enough’ you have not even begun.

“I need the nib to go down. More eyeliner please and basically wear black.”

Claudia’s ‘Strictly effect’ is often felt by retailers, who see styles fly out the door after she’s worn similar.

But her fans might be surprised to hear the thinking behind each ensemble.

She said: “At Strictly, I have never told anybody this, we always base my outfits on a different theme.

I have always been addicted to fake tan, I like being orange. I think it is because I am an Eighties kid so everything was like ultra glow.

“One year I was Andre Agassi when I had long bits in my hair and we put turf in my dressing room.

“My favourite though was when we dressed the whole series as Sexy Fish, the restaurant in London.

“Last year I dressed only as France. I had the French flag on my door.”

It’s exactly the sort of quirky concept you’d expect from Claudia, who has always been the mad aunt to Strictly co-host Tess Daly’s prim and proper head girl.

But the unlikely pair have thrived since Claudia took over from Bruce in 2014 and she still only has nice things to say about the wife of Vernon Kay.

She added: “Tess is adorable. You would love her. She is funny, kind and clever.

“A brilliant mum. She is a phenomenal human being. You would love her.

“Like I get terrified doing live TV. If Tess is ever wearing anything long sleeved or an upper arm garment it is because I have squeezed her because I get really, really scared.”

The nature of the programme means celebrities and pro dancers come and go.

So who remains a favourite?

At Strictly, I have never told anybody this, we always base my outfits on a different theme.

Claudia went on: “I love Deborah Meaden from Dragon’s Den. She is the nicest woman on Earth.

“On Strictly, and I am probably not allowed to say this, but when she left we all cried.

“She was so charming and so kind and from behind the scenes to in front she was lovely.

“We will miss her so much. I still miss Ian Waite. I don’t like it when people leave.

“She will be terribly missed as she is phenomenal.”

Claudia has no plans to leave the BBC juggernaut – but fans shouldn’t expect to see her on the dancefloor itself anytime soon.

She added: “I have no music ability at all. When I was small my mum said “We should probably take a photo next to a musical instrument.

“It does not make me happy. I don’t believe in it.

When I was 21 and a virgin, I got my fringe and everything started happening.

“They say ‘Oh wait for the endorphins.’ But I’ll tell you what gives me endorphins, Snickers and f*cking television.

“My skin is made of crepe. My arms are around my ankles. I don’t give a monkeys. I am fifty!”

It’s the kind of confidence you’d expect most women to have found by the time they pass their forties, but it sounds like Claudia has always been comfortable in her own skin.

Which is apparent in another tale from her session at the G Live concert hall, where she explained how she met her husband of 21 years, film producer Kris Thykier.

She said: “I was 26 and in those days I went to parties on boats.

“You used to go on a boat on a canal and drink, it is nonsensical.

“And there was a tannoy that said ‘We are about to set sail.’

“I don’t like being stuck on a boat. I would hate the idea of not being able to get to my bed so I got off.

“And he got off and we went for a drink and he said ‘I can pick you up for breakfast’ and then he picked me up.

“He then said ‘I can pick you up for lunch’ and he did and then we got married.

“It was not that instantaneous… but I was ovulating.”

Claudia’s Behind The Fringe tour will take in cities across the UK during the month of May.

And in a neat warning to anyone with tickets, she concluded: “What you are watching now is a real life mid-life crisis. I turned fifty and I am like ‘I want to go to Guildford’.”